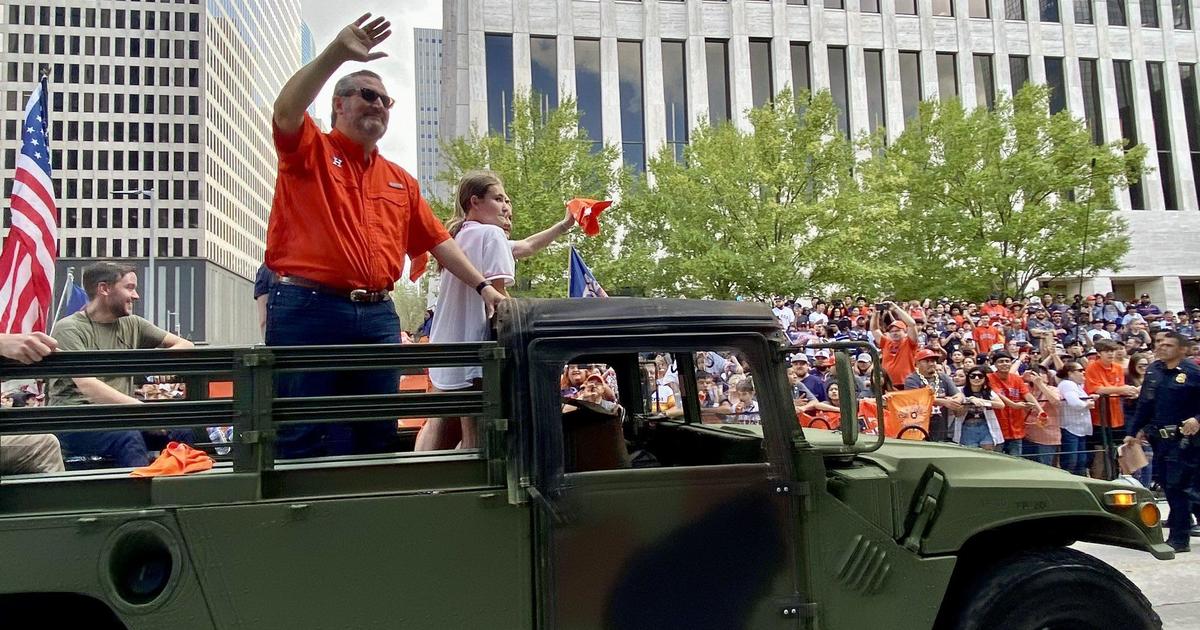 Houston Police said Monday that they arrested a man during the World Series victory parade for the Astros after he threw a beer can at Republican Sen. Ted Cruz of Texas.

Nearby officers took the man into custody without further incident, police said. He was taken to jail and faces assault charges. Police have not named the suspect.

There was video posted on social media that showed a can being thrown at Cruz, with boos coming from the parade crowd, although police did not say if that was the same incident. Others on the float were seen trying to swat the can away from Cruz before it hit him.

Cruz retweeted that video and thanked police for responding. “I’m also thankful that the clown who threw his White Claw had a noodle for an arm,” he added. He earlier had tweeted that he was attending the parade.

Cruz, who lives in the Houston area, attended several of the World Series games, including Game 6 on Sunday when the Astros clinched the title. He tweeted a photo with his daughter Catherine.

When Cruz attended Game 4 of the ALCS in New York, Yankee fans booed and flipped him off. But Cruz retweeted a news story about the incident and wrote “scoreboard” since not only did the Astros win that game, they swept the Yankees.