Tennessee man who dragged police officer into mob of rioters on Jan. 6 sentenced to over 7 years in prison 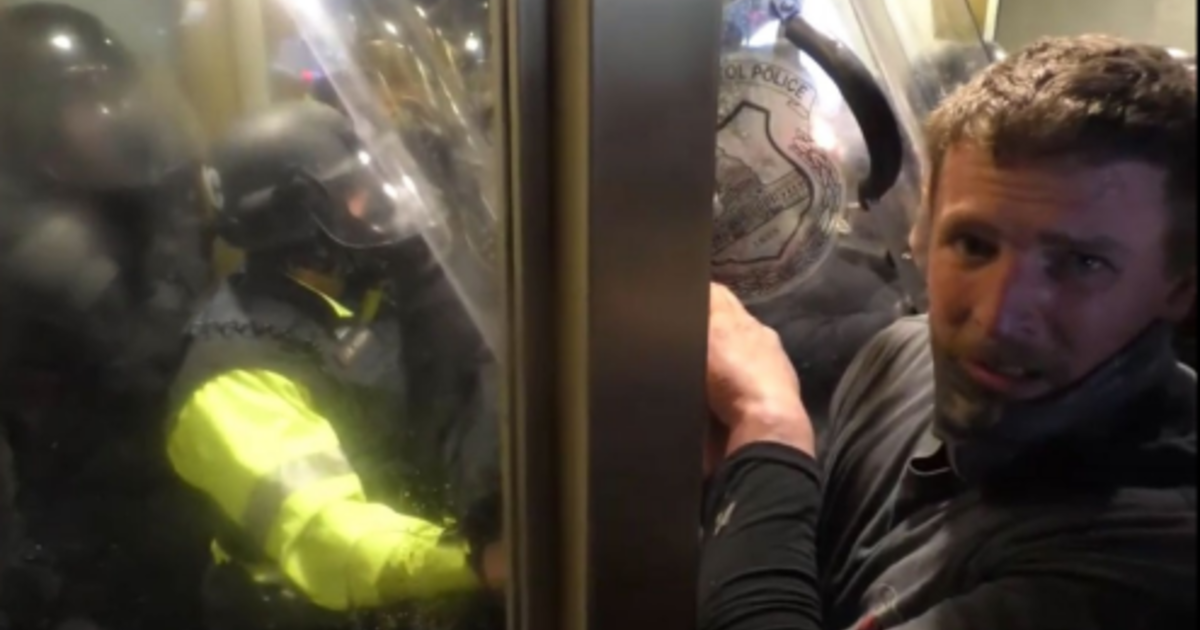 Washington — The Tennessee man who admitted to dragging Washington, D.C. police officer Michael Fanone into a violent mob outside the U.S. Capitol on Jan. 6, 2021, was sentenced Thursday to 90 months in prison.

Albuquerque Head, a 43-year-old father and construction worker, pleaded guilty in May to assaulting the officer and participating in one of the Capitol riot’s most volatile episodes.

Prosecutors alleged — and Head later admitted — that after listening to former President Donald Trump’s speech on the White House Ellipse that day, he made his way to the Capitol and pushed his way past barricades to the front of a crowd that had assembled in the lower West Terrace tunnel.

“After Trump mentioned going to the Capitol, Mr. Head followed the rest of the rally attendees there. This was another bad decision that Mr. Head readily admits,” his attorney wrote in a filing ahead of Thursday’s sentencing hearing, arguing for 60 months of incarceration.

The government said Head, wearing a camouflage “Trump 2020” hat, then made the deliberate choice to grab a riot shield to wield against an outnumbered line of law enforcement officers and push forward to the front of the mob. And as the officers finally pushed the rioters out of the tunnel — where many of the most violent attacks on officers were committed — Head turned to Fanone.

In their own pre-sentencing memorandum, prosecutors said as the crowd retreated, Head “wrapped his arm around Officer Fanone’s neck and emitted a sickening yell to his fellow rioters — ‘I’ve got one,'” dragging the officer into the mob and exposing him to even more violent attacks. Another alleged rioter, Danny Rodriguez, has been accused of holder a taser to the base of Fanone’s skull after Head pulled him into the crowd.

The crowd yelled “kill him” and “get his gun” at Fanone until he was finally freed from their grip.

Fanone testified during Thursday’s hearing that he was injured and traumatized by Head’s actions and advocated for Head to receive the maximum penalty for his crime.

“Your honor, I would ask you to show Mr. Head the same mercy he showed me on Jan. 6,” Fanone told Judge Amy Berman Jackson.

Prosecutors asked the judge to sentence Head — first arrested in April 2021, just months after the Capitol attack — to 96 months in prison.

In delivering her ruling, Jackson noted Head’s successful fight against addiction and his role as father and caretaker. Head did not speak on his own behalf on Thursday, but his attorney wrote that Head was “embarrassed and remorseful.”

Jackson condemned Head’s actions as part of “some of the darkest acts committed” in our nation’s history. The “hand-to-hand combat” in which Head engaged, she said, contributed to a brutal two-hour-long “medieval battle” outside the Capitol.

“He was your prey. He was your trophy,” the judge said of Fanone on Thursday, later highlighting what she said was the irony in seeing a “Blue Lives Matter” flag fly above the crowd on Jan. 6 as the officer was assaulted. The members of the mob, Jackson said, admonishing him, “didn’t think blue lives mattered much at all.”

And the judge cautioned those who continue to stoke the fear that the 2020 election was “stolen,” saying they must take responsibility that their unfounded claims contributed to the chaos that day.

Jackson ruled that Head would serve 90 months in prison with credit for time served.