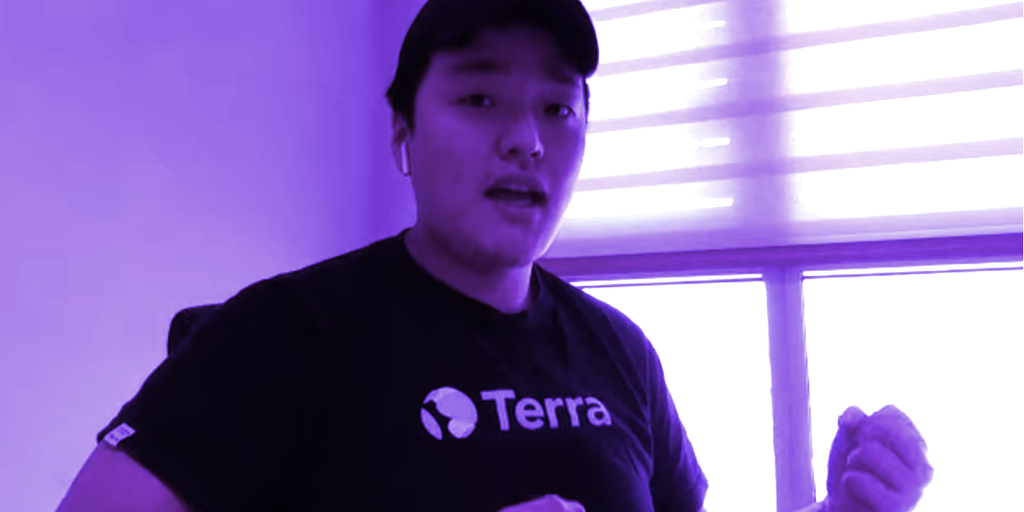 Speaking from an undisclosed location on the Unchained Podcast, Terra co-founder Do Kwon said his abrasive Twitter persona developed over time and that it was “largely for entertainment value.”

“The industry lingo for this is called shitposting,” he said of his tweets, which have in the past had a jokey or aggressive tone. “In retrospect, I should have held myself to a more stringent standard.”

He suggested that his tone was in response to the style of banter used by the denizens of crypto Twitter.

“Just because there’s anonymous cartoon characters that are, shall we say, more liberal with the words that they’re using, does not mean that I should have followed suit.”

When asked what he would have done differently in the run-up to the Terra ecosystem’s crash, one item on Kwon’s list was “being less aggressive and less joking on Twitter.”

“Spending less time on social media and talking to people I think definitely would have helped probably let me get a lot more work done,” he said.

Despite expressing regret over his posts, calling some of his old tweets “quite cringe,” he said he has no intention of taking them down.

“People have told me to take them down but I do think it’s worthwhile just keeping them on there you know just for record-keeping and posterity purposes.”

Kwon has been known to use Twitter to respond to his critics by calling them “poor,” to square up to his rivals, and to post memes and pop culture references.

I don’t debate the poor on Twitter, and sorry I don’t have any change on me for her at the moment.

His sometimes-flippant tone has attracted criticism amid Terra’s collapse, given its devastating impact on many investors.

Even as Terra’s two cryptocurrencies nosedived in May, Kwon tried to quell fears in a series of tweets promising more capital and a recovery plan, before admitting defeat.

Since the crisis, his Twitter usage has been sparser, as he periodically returns to share clarifications or retweet other crypto projects.

In recent weeks, Kwon has used the platform to hit back at South Korean authorities and media reports, claiming he is not “on the run”, and denying any link to $62 million in funds that prosecutors have sought to freeze.

During the podcast, Kwon said his Twitter usage stemmed from being an introvert, as well as pressure from the growing Terra community.

“As Terra grew, there was more of a pull from the community to be more open and frank about my thoughts and opinions and be more transparent about the things that we’re working on,” he said.

Stay on top of crypto news, get daily updates in your inbox.