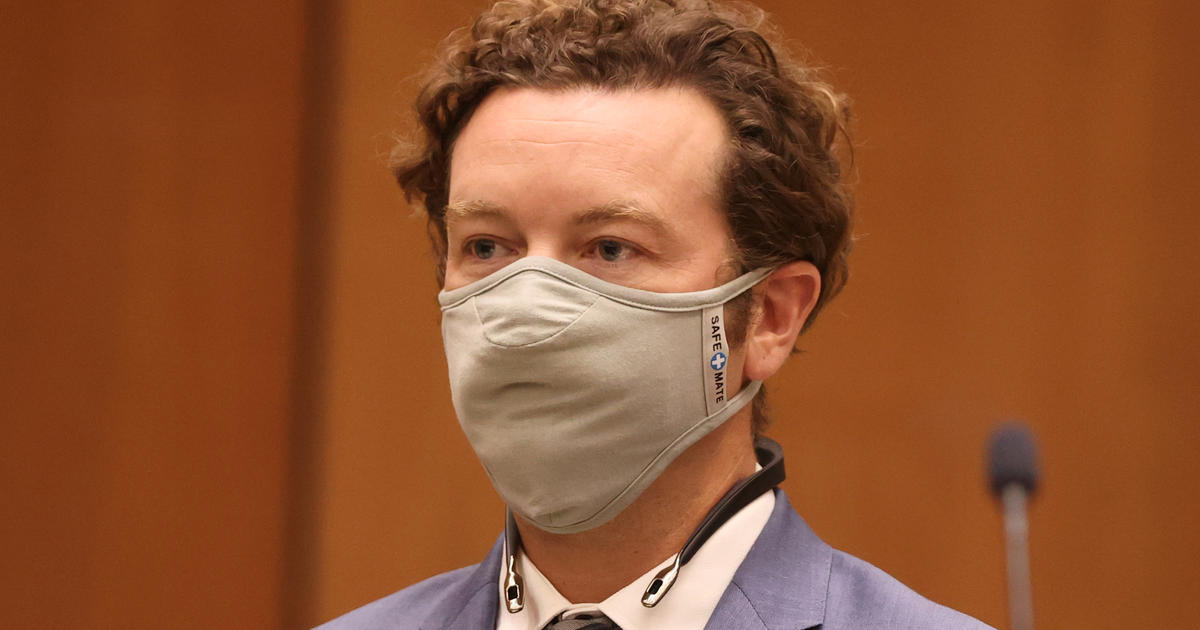 Danny Masterson, former star of the long-running sitcom “That ’70s Show,” is about to face three women in court who say he raped them two decades ago at a trial whose key figures are all current or former members of the Church of Scientology.

Opening statements could begin as early as Tuesday in the Los Angeles trial of the 46-year-old Masterson, and while a judge has expressed her determination not to have the church become the center of the proceedings, it will inevitably loom large.

Masterson is charged with raping the women between 2001 and 2003 in his home, which functioned as a social hub when he was at the height of his fame. Masterson has pleaded not guilty to the charges.

One of the women had been Masterson’s longtime girlfriend. Another was a longtime friend, and the third a newer acquaintance.

All three were members of the Church of Scientology, as Masterson still is. All three accusers have since left, and they said the church’s insistence that it deal internally with problems between members made them hesitant at first to go to authorities.

“This is not going to become a trial on Scientology,” Superior Court Judge Charlaine F. Olmedo asserted at a pre-trial hearing. But she said she would allow its discussion as a reason why the women delayed reporting to authorities.

Testimony at a preliminary hearing last year to determine whether Masterson should go to trial last year included frequent use of Scientology jargon that lawyers had to ask the witnesses to explain. And the trial’s witness list is full of members and former members of the church, which has a strong presence in Los Angeles and has counted many famous figures among its members. The list includes former member Lisa Marie Presley, the daughter of Elvis Presley and former wife of Michael Jackson.

Masterson’s initial attorney in the case,Thomas Mesereau, emphasized his client’s Scientology connections, saying his arrest was the result of anti-religious bias from police and prosecutors. The lawyer attempted unsuccessfully to subpoena alleged communications between the accusers and actor Leah Remini, a former Scientologist who has become on of the church’s foremost detractors, authoring a book and hosting a documentary series.

Masterson’s lead attorney for the trial, Phillip Cohen, appears to be taking the opposite approach, seeking in a pretrial motion to minimize mentions of the institution, which has garnered much negative publicity in recent years because of prominent dissidents like Remini. Some potential jurors have been dismissed based on their opinions of the church.

“I think leaving the Church of Scientology out of it is a good plan,” said Emily D. Baker, a former Los Angeles County prosecutor who now works as a legal analyst and podcaster. “I don’t think the general public has an overwhelmingly positive view, I think there is a lot of skepticism.”

Deputy District Attorney Reinhold Mueller, the lead prosecutor, may want to tread carefully on the subject too.

“It can feel heavy handed when you have the government bringing someone’s religion into a prosecution,” said Baker, who is not involved in the case. “I think there is a careful line to be considered. The church is not on trial, you don’t want to give jurors a sense that you’re going after it.”

Masterson is charged with three counts of rape by force or fear, which could mean up to 45 years in prison if if he’s convicted.

At last year’s preliminary hearing, one woman testified that they were five years into a relationship when she woke to Masterson raping her one night in 2001.

Another, a onetime friend of Masterson’s who had been born into Scientology, testified that, in 2003, he had taken her upstairs from the hot tub at his Los Angeles home and raped her in his bedroom.

The third woman said Masterson raped her on a night in 2003 after texting her to come to his house. She testified she had set boundaries and was clear there was to be no sex.

One of the women, Masterson’s friend, unhappy with the way the Scientology ethics board handled her complaint about him, filed a police report in 2004 that didn’t result in charges. In 2016, she connected and shared stories with the woman who says she was raped while in a relationship with Masterson. Each would file a police report that year. Masterson’s former girlfriend said she did so after telling her story to her husband, who helped her understand that she had been raped. The third woman went to police in 2017.

Masterson’s then-attorneys suggested in their cross-examination of the women that all had retroactively reframed consensual sex as rape, and said the age of the incidents made accurate memories impossible.

The Associated Press does not typically name people who say they were victims of sexual abuse unless they come forward publicly.

Masterson was one of the first Hollywood figures to be prosecuted in the #MeToo era. His is one of several high-profile sexual assault cases that have gone to trial around the fifth anniversary of the reporting of accusations against Hollywood mogul Harvey Weinstein, which transformed the #MeToo movement into an international reckoning.

Weinstein’s second rape and sexual assault trial — he’s already been convicted in New York — is happening simultaneously, just down the hall from Masterson’s. In New York, civil trials have begun for actor Kevin Spacey and for screenwriter and director Paul Haggis, who are both being sued for sexual assault.

Haggis is himself a Scientology dissident, and the judge in that case is allowing him to argue that the church is behind the allegations against him.

From 1998 until 2006, Masterson starred as Steven Hyde on Fox’s “That ’70s Show,” which made stars of Ashton Kutcher, Mila Kunis and Topher Grace and is getting an upcoming Netflix reboot with “That ’90s Show.”

Masterson had reunited with Kutcher on the Netflix comedy “The Ranch” but was written off the show when an LAPD investigation was revealed in December 2017.