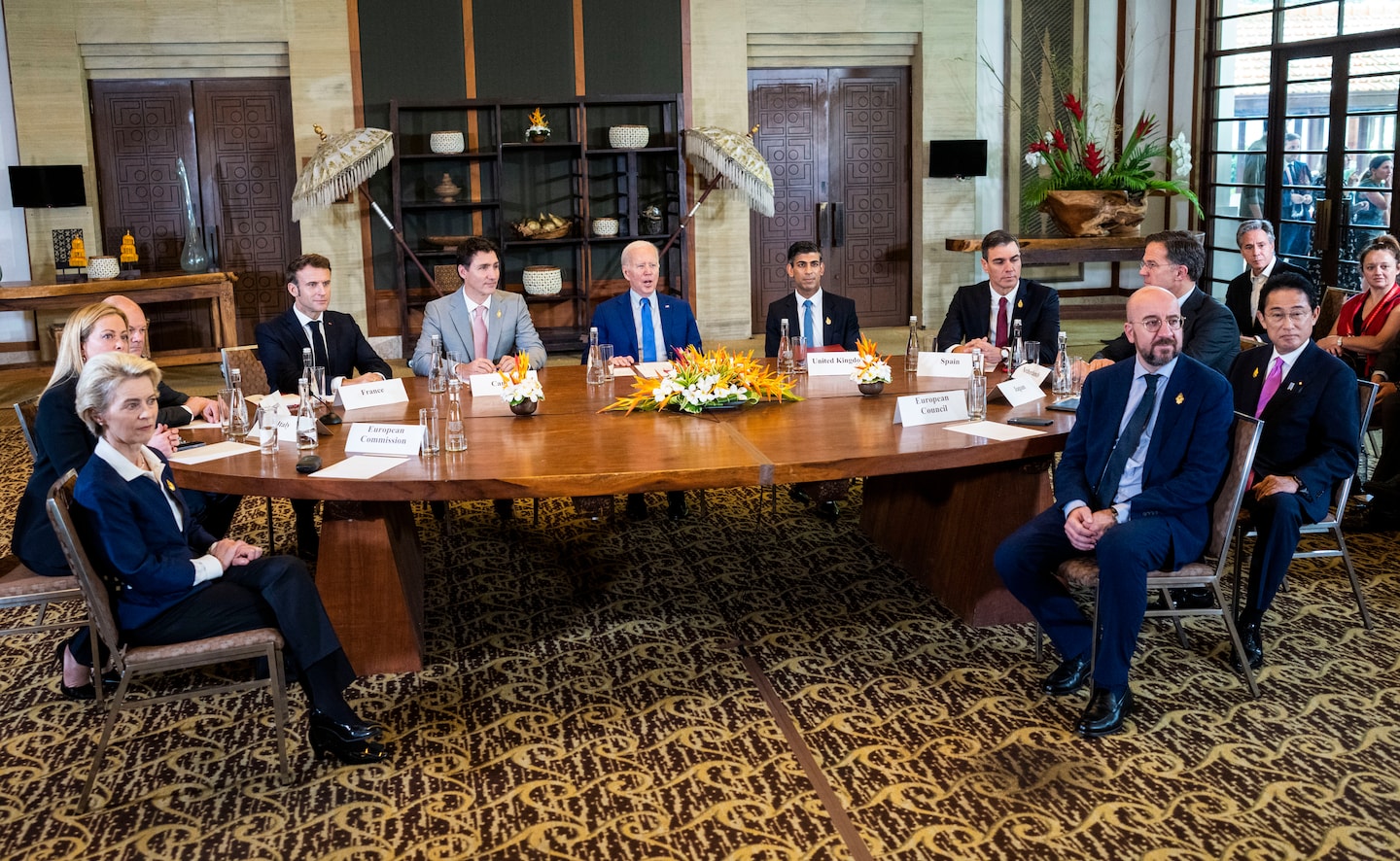 You’re reading an excerpt from the Today’s WorldView newsletter. Sign up to get the rest free, including news from around the globe and interesting ideas and opinions to know, sent to your inbox every weekday.

This wasn’t the plan. Toward the end of last year, when Indonesia assumed the rotating presidency of the Group of 20 major economies, officials in Jakarta sensed an opportunity to show leadership on the world stage. For years, analysts have seen Indonesia as a country of immense scale and potential — the world’s largest Muslim-majority nation, one of the world’s largest democracies and a budding economic powerhouse in Asia — that still punches below its weight.

Here was a chance to put an Indonesian stamp on the vexing global challenges of the day, from climate change to food security and debt relief in the wake of the pandemic. The 20-nation bloc account for about 60 percent of the world’s population and 80 percent of its gross domestic product. If the U.N. Security Council upholds the outdated political architecture that emerged out of the ashes of World War II, and the Group of Seven nations represent the old boys’ club of the West (plus Japan), the G-20 is arguably a more accurate reflection of the world as it is. And Indonesia, as this year’s host, was poised to lead the way.

Then the war in Ukraine happened and Indonesia’s moment in the limelight was cast into a shadow. The months ahead of the leaders’ summit this week in Bali were shrouded in intrigue over the guest list, as Western officials indicated they didn’t want to deal directly with Russian President Vladimir Putin, the invading antagonist. Putin eventually opted against travel, but real divisions endured and the far-reaching consequences of the war loomed over proceedings.

At the summit’s conclusion Wednesday, a joint communique hinted at wider rifts. While countries like China and India have publicly called for an end to the war, they have not taken public positions explicitly critical of the Kremlin, which instigated the conflict.

“Most members strongly condemned the war in Ukraine and stressed it is causing immense human suffering and exacerbating existing fragilities in the global economy,” the communique said. But it then offered what sounded almost like an admission of failure: “There were other views and different assessments of the situation and sanctions. Recognizing that the G20 is not the forum to resolve security issues, we acknowledge that security issues can have significant consequences for the global economy.

In G-20 talks, China objects to calling Russian invasion of Ukraine a ‘war’

Indonesian President Joko Widodo acknowledged the current difficulty at the onset of G-20 deliberations. “I understand we need huge efforts to be able to sit together in this room,” he said before the closed-door discussions began. “Being responsible means creating not zero-sum situations, being responsible here also means that we must end the war. If the war does not end, it will be difficult for the world to move forward.”

Yet perhaps the abiding image of the summit came in the early hours Wednesday, when the G-20’s leaders were confronted with the smoky fallout of a missile landing in Poland that claimed the lives of two people. In Bali, G-7 and NATO leaders present broke away for their own meeting and discussions. Though both NATO and Polish officials eventually said they believed the blast was the result of an accident — and possibly caused by an errant Ukrainian air-defense missile — the fault in their view still rested with Russia, which had just fired dozens of cruise missiles indiscriminately at Ukrainian cities.

“What it shows is the seriousness of Russian aggression and that its consequences go beyond Ukraine,” Estonian Prime Minister Kaja Kallas said in an email to The Washington Post.

The West’s political clarity on the threat posed by Russia and desire to further deepen its economic and political isolation sat uncomfortably with the Indonesian leader’s desire not to be sucked into a Manichaean conflict between the West and its autocratic adversaries. That’s both in the context of the West’s confrontation with Russia over Ukraine, as well as hardening attitudes in Washington toward China.

“Widodo’s frustration with politics around the summit stems from Indonesia’s dogged efforts to shield Southeast Asia from great power rivalries,” wrote Sana Jaffrey, director of the Jakarta-based Institute for Policy Analysis of Conflict. “The strategy of managing its strategic interests through consensus-based regional institutions is quickly becoming outdated in the face of intensifying U.S.-China competition.”

As a result, the G-20 offered a snapshot of a somewhat paralyzed international system, ill-equipped to mobilize around solving major shared challenges as more short-term tensions fester. Going into the meeting, top leaders were aware of the limitations of a forum like G-20.

“You can’t solve a problem of geopolitics with economic policy measures,” Kristalina Georgieva, managing director of the International Monetary Fund, told my colleagues. “It will be very difficult to bring the level of economic cooperation to the level it should be. … Ending the war in Ukraine is the single most powerful factor to turn around the world economy.”

Similar forces are also on show in ongoing international talks over climate action, where the war in Ukraine, sanctions on Russia and their downstream effects on global energy markets have arguably distracted national governments from stepping up their commitments to decarbonize their economies and transition away from fossil fuels.

“Evidence is also needed that the most powerful countries on this planet can set aside their short-term interests long enough to act in a concerted fashion and decisively when faced with planet-threatening problems like climate change,” wrote Rajan Menon, a nonresident fellow at the Carnegie Endowment for International Peace. “The war in Ukraine offers no such evidence.”