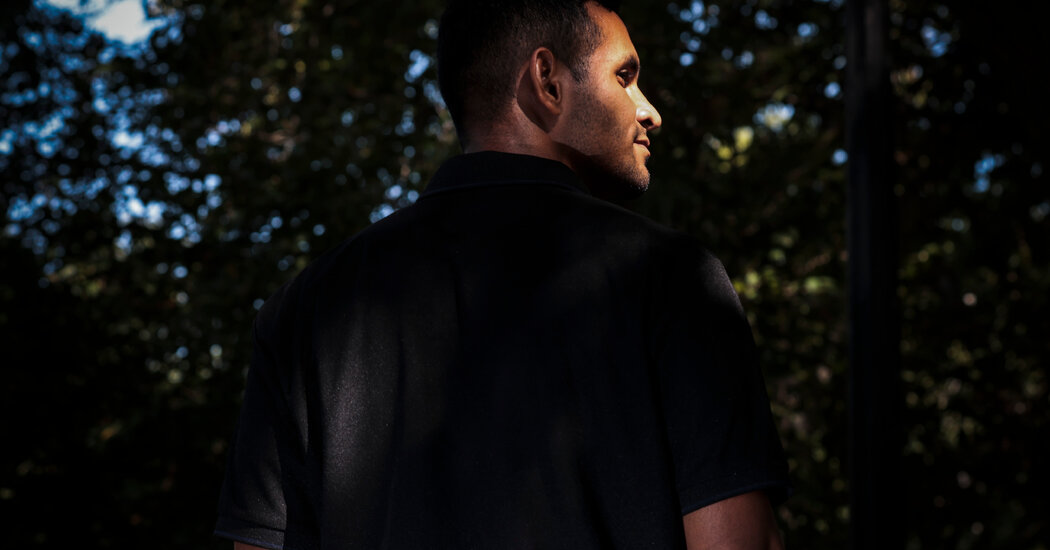 Gov. Ron DeSantis of Florida created a firestorm this month for what he did to about 50 migrants, mostly from Venezuela, who had recently crossed the southern border: He put them on two planes that took them to Martha’s Vineyard, the famously liberal and upscale vacation destination in Massachusetts. He was following the lead, albeit more explosively, of his fellow G.O.P. governor Greg Abbott of Texas, in sending migrants to progressive strongholds.

To understand what’s going on, I spoke with my colleague Miriam Jordan, who has been covering the story at the border and across the U.S.

German Lopez: Who are the migrants getting caught up in all of this?

Miriam Jordan: They are mostly Venezuelans, coming to the U.S. to find jobs and send money back home. Venezuela is a broken country, where political dissent is repressed and the economy has collapsed. There are shortages of food, medicine and other staples.

The migrants I’ve talked to were impoverished after living in those conditions. Many had once been solidly middle-class. If they had jobs or small businesses, they were earning very little money, and their savings were depleted. So they made this decision to leave, however they could.

Today, one out of five Venezuelans lives outside their home country.

I am one of those one in five. My entire family has left Venezuela over the past three decades. But not everyone is so fortunate to have the money or the legal means to do that.

Right. Millions of these migrants first went to nearby countries like Colombia, Ecuador, Chile and Peru. But because the economies of those countries began to sputter, they said that they could no longer make as much money to send home. The United States, they heard, was allowing Venezuelans who made it to the border to stay in the country, and jobs were plentiful.

What happens once they get to the U.S.?

Once they cross the Rio Grande to Texas, they turn themselves in to the Border Patrol and often request asylum. They will later claim in court that they need asylum because the Maduro regime retaliates against people who do not support his party. It’s an uphill battle, but their cases take years to be adjudicated, and, meanwhile, they can remain in the United States.

Back to the border: After they have been processed, the Border Patrol releases them — for example, at a church in a border town, such as Eagle Pass, Texas. There, they are offered two options: They can buy a bus ticket to get to San Antonio and beyond. If they don’t have any money, they are encouraged to board a free bus to Washington, D.C., New York or Chicago.

The free service is provided by Abbott, who’s trying to show that he’s keeping the border under control and spreading the responsibility for this influx of migrants to Democratic cities and states.

How do the migrants do if they take that free ride?

Ironically, it’s benefiting many of the migrants.

For example: I met a Venezuelan migrant named Lever Alejos. He had used up all the money he saved to make the trek to the U.S. from Venezuela. He took one of the buses to Washington, D.C., where he found a bed in a shelter. In a matter of weeks, he has managed to not only find work; he has started sending money back to Venezuela to support his 7-year-old son. He said his son’s life is 100 percent better. He has also saved to buy a cellphone and plans to buy a used 2012 Honda Civic.

Is this backfiring for Abbott, if the migrants are doing well and they’re filling an economic need for Democratic areas?

Ultimately, it’s about optics. It’s in part about securing support from his right-wing base. They back cracking down on unauthorized immigration; punishing people who, in their view, didn’t come to the U.S. the right way; and placing the burden of helping the migrants on Democratic cities and states.

He is also perhaps trying to appeal more to independents. In Texas, some polls have shown that more than half of voters agree with Abbott’s policy, and that immigration is a bigger concern than abortion for many. And the stunts are costing Democratic cities and states money in the short term; they have to offer shelter and other services to the migrants.

What is the problem these Republican governors are trying to expose?

President Biden took office promising a more humane approach to the southern border than Donald Trump, who was willing to take extreme measures, such as separating families, to deter people from coming to the U.S.

Abbott announced plans for buses in response to the Biden administration’s intention to end Title 42, a Trump pandemic policy that requires border agents to immediately deport people who have entered the country illegally back to Mexico or their home country. That policy actually remained in place, because a court sided with Texas and other states that sued to block Biden from ending it.

Still, large numbers of Venezuelans began showing up at the border. Mexico won’t take people from countries that are far away, like Venezuela. And because the U.S. has no diplomatic ties to Venezuela, it also can’t fly deportation planes with migrants back there. As a result, they’re left in the United States.

Miriam Jordan is a national correspondent for The Times, covering immigration. She grew up in Brazil and the U.S., and speaks English, Portuguese, Spanish, French and Hebrew. She has also worked at Reuters and The Wall Street Journal.

The Sunday question: Is the pandemic “over,” as Biden said last week?

Covid continues to spread and hundreds are dying daily, and Biden’s comments could dissuade Americans from getting the new booster shots, Dr. Eric Topol writes in The East Bay Times. The Washington Post’s Dr. Leana Wen thinks Biden rightly notes that the virus has transformed from an emergency disrupting daily life into an endemic disease.