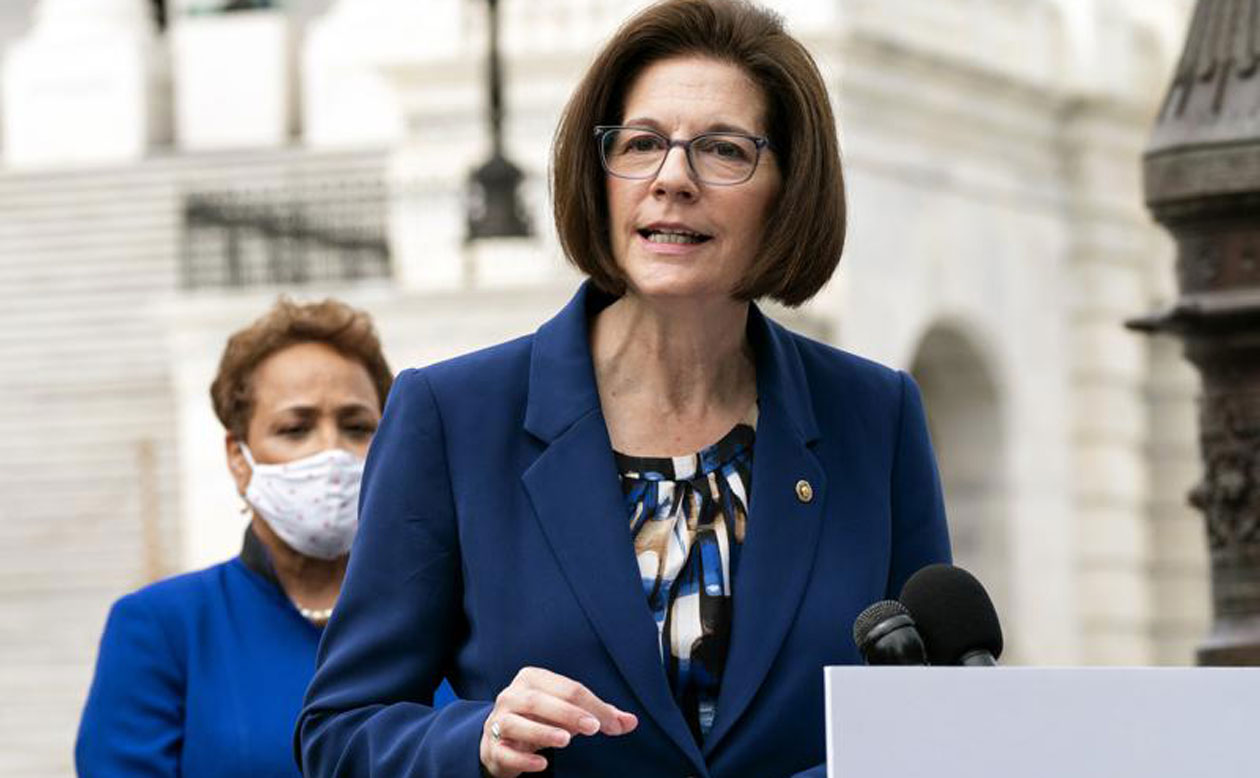 The Silver State’s Senate race between incumbent first-term Democrat Catherine Cortez Masto—the Senate’s first-ever Latina—and MAGA Republican Adam Laxalt is one of a handful of races both parties now believe will decide control of the currently evenly split chamber. The others are in New Hampshire, Georgia, Wisconsin, Pennsylvania and Arizona.

Unite Here has hired hundreds of canvassers and had them on the ground for months in Pennsylvania and Arizona, and especially in its strongest state, Nevada. All three are “purple” swing states. And as the union’s canvassers go door-to-door throughout Nevada, they’re finding a “sleeper issue” the national media and pundits overlook: Housing.

“Rent is up 30% in Las Vegas and 22% in Reno,” he explained. But its more than just a matter of money, added Rawanda Rogers, a Local 226 member on leave from her job as a guest room attendant at the Aria Hotel and Casino in Las Vegas.

It’s literally whether her kids can go outside and play.

Rogers explained “my neighbors were pushed out” of their residence by the skyrocketing rents. Those rising rents, other speakers noted, are the direct result of corporate and capitalist greed—and specifically Wall Street investment firms—buying up housing from coast to coast and jacking up prices while refusing to provide services.

As a result, Rogers said, “I ended up with squatters” next door. “They have guns, they’re violent, they’re gang members….They come out shooting or armed with butcher knives…My kids can’t even go outside and play” and she can’t stand on her porch and talk with people “because it’s unsafe.”

Knocked on a quarter million doors

For Rogers and the 250-and-counting Unite Here canvassers in Nevada—who have knocked on a quarter of a million doors already, the solution is “knocking on doors, keeping leaders in office” who help workers “and making a plan” to elect them “and executing that plan,” she added.

“Neighborhood Stability is the solution and we are fighting for candidates who have delivered for workers,” notably Gov. Joe Sislak and Sen. Catherine Cortez Musto, both Democrats in tight races in the purple state, Pappageorge explained.

An average of pre-election polls, weighted for reliability and evaluated by FiveThirtyEight.com show both Sistak and Musto are in tight races against Republican foes—Joe Lombardo and Adam Laxalt—who are both Trumpite election deniers. The averages give Sistak a 48.9%-47.9% lead over Lombardo and Cortez Masto a razor-thin 48.6%-48.4% margin over Laxalt, who was Donald Trump’s legal counsel in Republican efforts to overturn Democratic nominee Joe Biden’s 2020 win there.

That win was one of several where the union established a track record for registering, contacting and marshaling voters to the polls in 2020 to bring Biden and pro-worker Democratic senatorial nominees wins that year, the union’s Secretary-Treasurer Gwen Mills said.

The others were in Georgia, Arizona and Pennsylvania, as well as Nevada.

Mills is confident the union can repeat those successes. She also says they’re vital, for the whole country.

“Unite Here is working to elect candidates who support working people and to protect democracy itself,” she declared. “Democratic incumbents in these states helped deliver aid to working families hit hardest by the pandemic.

“Now, their seats are being contested by MAGA Republicans who falsely claim the 2020 presidential election was fraudulent and want to strip away rights for workers, women, and voters. The fate of future elections will be determined by who wins these seats, given the power of people holding these seats to oversee” that balloting in 2024 and beyond.