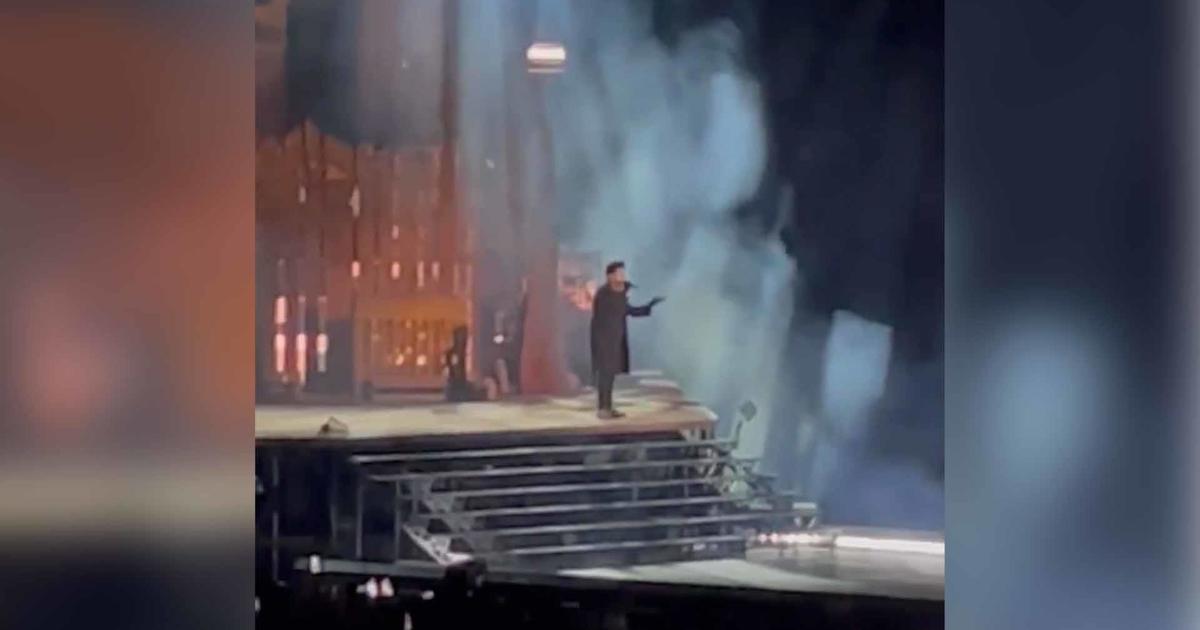 The Weeknd canceled a Los Angeles concert on Saturday night — mid-performance. The singer was performing at SoFi Stadium when he stopped to tell the crowd that he lost his voice.

A video taken at the concert shows the moment the singer, whose real name is Able Tesfaye, broke the news to his fans. “I don’t know what just happened when I screamed, but I just lost my voice,” he said. “This is killing me, I don’t want to stop the show but I can’t give you the concert I want to give you right now.”

The crowd had an obviously disappointed reaction, and the Weeknd said they’d get their money back and he would put on another show “soon.”

“But I wanted to come out and personally apologize, not tweet it or Instagram or whatever. I wanted you guys to know that I can’t give you what I want to give you,” he continued. “I apologize, I’m so sorry, I love you guys so much.”

The singer later tweeted a statement about the show, and how his “heart dropped” when his voice went out. “My deepest apologies to my fans here,” the statement reads. “I promise I’ll make it up to you with a new date.”

CBS News has reached out to SoFi Stadium and Live Nation, which is producing the tour, for more information and is awaiting response.