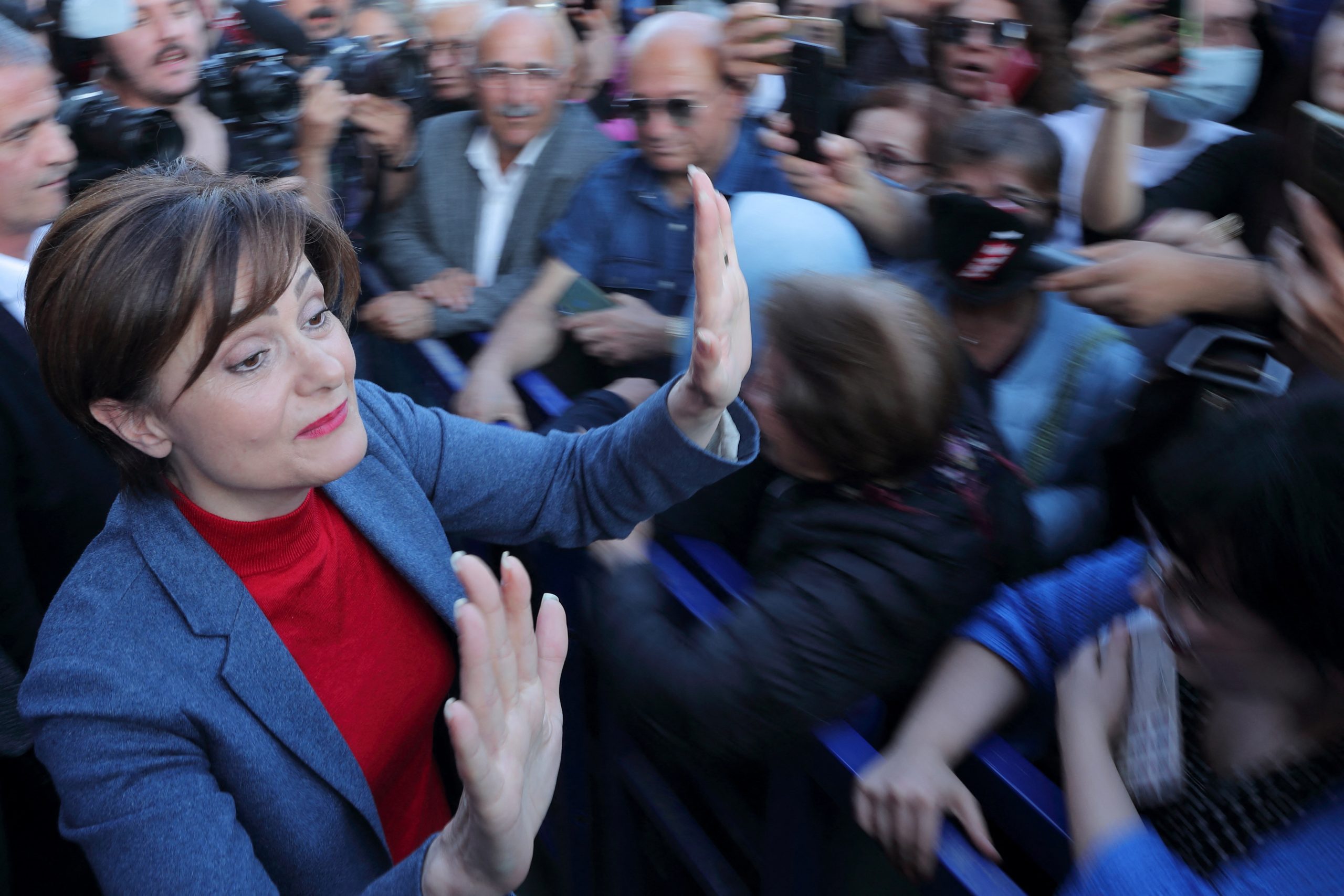 ISTANBUL, May 21 (Reuters) – Thousands gathered for a rally in Istanbul on Saturday to protest the conviction of leading Turkish opposition politician Canan Kaftancioglu for insulting the president and the state.

Demonstrators in the central district of Maltepe chanted songs and waved the opposition and national flags.

Kaftancioglu, who was sentenced to just under five years in jail, heads Republican People’s Party’s (CHP) Istanbul branch and is one of the strongest voices in it. read more

In 2019, she played a significant role in municipal elections in the city that saw the CHP take over the mayoralty, which had been held by President Tayyip Erdogan’s AK Party and its Islamist predecessors for the last 25 years.

Turkey’s judicial independence has been in the spotlight in recent years, notably since a crackdown on the judiciary and other state bodies after an abortive 2016 coup and a switch to an executive presidency last year.

The country’s top court upheld three convictions in a ruling made public earlier this month, but reduced the prison term to four years, 11 months and 20 days.

Under Turkish law, sentences of under five years are suspended, and two legal experts told Reuters that Kaftancioglu would not be jailed.

New site Mental launches, focusing on the intersection of beauty and mental health