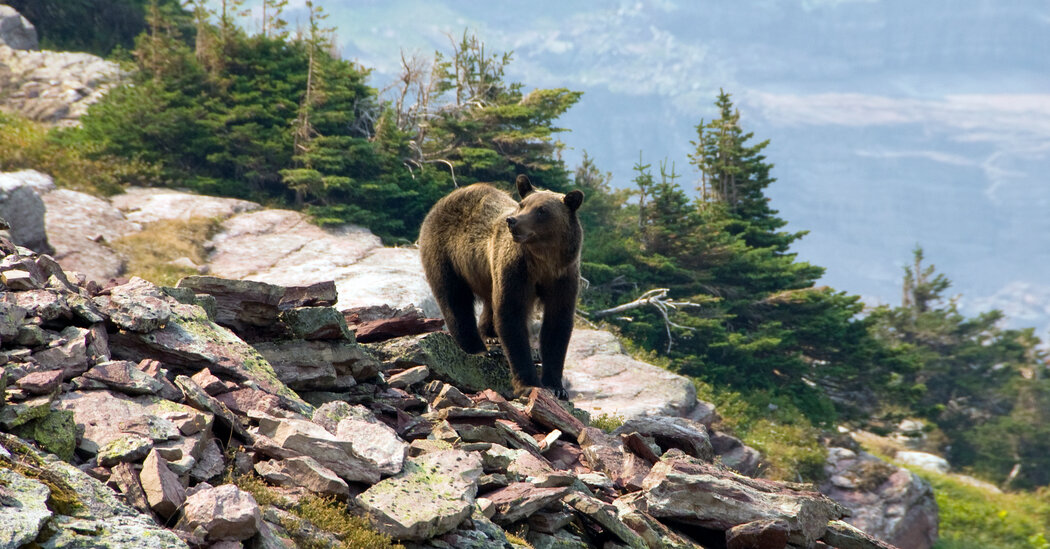 Three young grizzly bears in Montana that were euthanized last fall later tested positive for the highly contagious avian influenza, the state’s Fish, Wildlife and Parks service announced this week, fueling fears that the virus that has killed millions of poultry in the last year is rapidly spreading to other animal groups.

The bears were disoriented, had begun to go blind and were euthanized as a result of their poor condition, the parks service said in a news release on Tuesday. They tested positive for the virus in January, said Dr. Jennifer Ramsey, the veterinarian for Fish, Wildlife and Parks. She said the bears had most likely contracted the virus from consuming diseased birds with high levels of the virus.

The outbreak of the current strain of the bird flu known as H5N1 is “the largest foreign animal disease outbreak in U.S. history,” according to a spokesman for the U.S. Agriculture Department. It has infected nearly 60 million commercial and backyard flocks of birds in 47 states, and its near ubiquity has driven up poultry prices and caused egg shortages in supermarkets across the country, as consumers jostle for cartons topping $7 or more.

Most of the infections are found in wild birds, and some of those spread to other animals that prey on them. The Agriculture Department has recorded avian flu infections in 110 mammals since May 2022, including raccoons, foxes and skunks. The grizzly bears’ positive tests mark the first time that Montana has recorded bird flu in a mammal species.

“It’s disappointing,” Dr. Ramsey said in an interview. “I think in the spring we had a really high peak of wild bird mortality and we all had a hope that this thing would kind of fade out over the summer, and then we wouldn’t have a lot of cases this winter. But that hasn’t been the case.”

Vaccines against the bird flu exist but are not yet widely available for the H5N1 strain in the United States. Only a handful of cases have been recorded in humans. Dr. Ramsey said she recommended that humans keep their pets away from dead birds and wear gloves when handling any dead wildlife.

Wild bird populations tend to migrate across hundreds of miles and are often asymptomatic when infected, making it difficult for wildlife experts to track and contain the virus. Should it continue to spread during the spring and summer when temperatures warm and mammals emerge from hibernation, infectious disease experts say, the virus is likely to become more widespread among other animal groups, including mammals and aquatic animals.

Still, the extent of infection in birds is enough cause for concern for the experts tracking its spread.

“We have not had this virus in our part of the world on this scale before,” said Richard Webby, a director in the Department of Infectious Diseases at St. Jude Children’s Research Hospital. “In the world of flu, this is a pretty major event.”