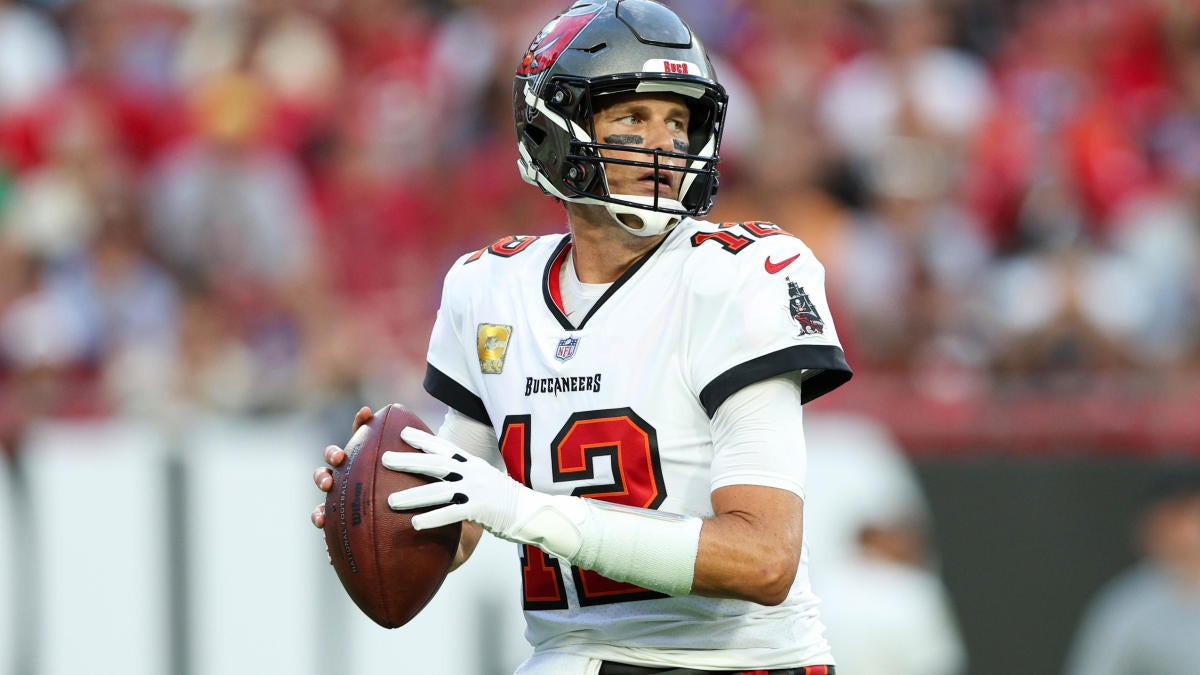 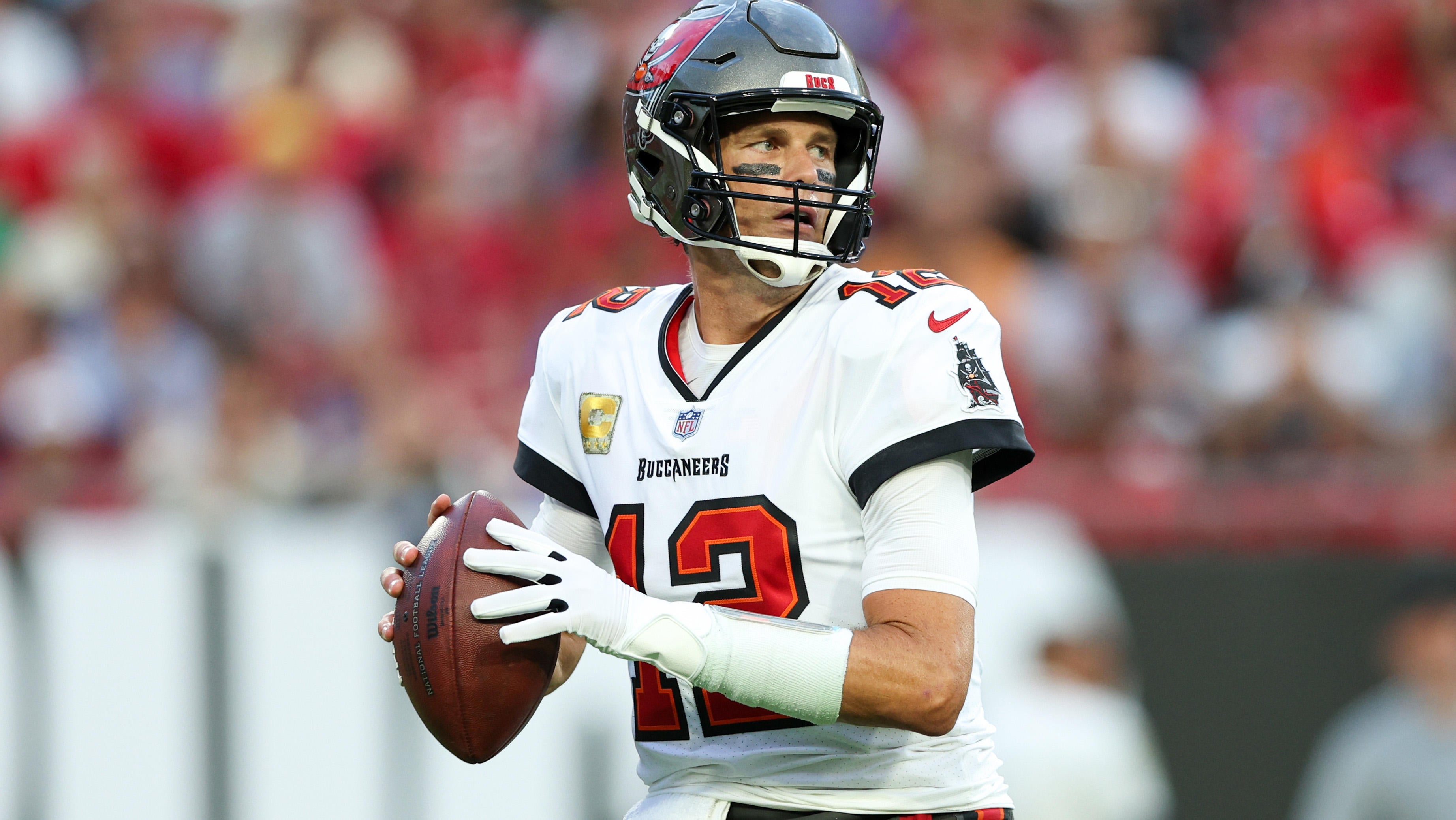 It was a milestone day for Tampa Bay Buccaneers quarterback Tom Brady. In a game where the GOAT became the first player in NFL history to reach 100K pass yards (including playoffs), he also passed Peyton Manning for the most regular-season game-winning drives in the fourth quarter/overtime in NFL history (55).

He did it in thrilling fashion, tossing a 1-yard touchdown to Cade Otton with nine seconds left to knock off the Rams, 16-13. It was the second-latest game-winning touchdown pass in Brady’s illustrious career behind a winning toss to Patriots’ Kenbrell Thompkins in 2013 with five seconds left to beat the Saints. The drive also began with 44 seconds left, the latest start time in regulation for a game-winning drive in his career.

Brady, who most consider the greatest quarterback of all time, may also be labeled by some as the most clutch. But should he be?

Well, definitely not on the merits of this record alone, but let’s dig in. Game-winning drives can be a misleading stat for a number of reasons.

One of my favorite NBA stats is performance on potential game-tying/go-ahead shots late in games. The NFL version of that stat looks at how often a quarterback converts when his team has a chance to tie or take the lead in the fourth quarter or overtime. Finally, a number for the debate of “which QB do you want at the end of a game?”

Brady’s teams have converted on 41.1% of their opportunities to tie or take the lead in the fourth quarter or overtime in his regular-season career. That’s slightly behind what the three other QBs with 50 career game-winning drives have done. But it’s a very small margin.

That’s not to say Brady is average here. He’s still in the upper one-third of current starting QBs when it comes to converting game-tying/go-ahead drive chances.

It’s not all volume either. Brady converts on 55.6% (25-for-45) of these clutch drives in the postseason. He’s right near the top of the list of star QBs in this generation, trailing only Patrick Mahomes and Aaron Rodgers.

Taking all those numbers into account. His volume in the regular season — efficiency in the playoffs – clutch moments and seven Super Bowl titles, I would consider Brady the clutchest QB of this generation. It’s not a runaway, though, and I don’t believe Brady should be called the clutch king based on the merits of his rings or number of game-winning drives alone.

Other takeaways from this data:

Before you go, take a stroll down memory lane at Brady’s best performances in these crucial situations.

Inside the numbers on Brady’s game-winning drives

Game over in overtime

In the 2018 AFC Championship Game, Patrick Mahomes never touched the ball in overtime after the Patriots got the ball first. That’s been par for the course in Brady’s career. He’s converted on 13 of 22 (59.1%) clutch drives in overtime, including 3 of 3 in the playoffs.

He’s victimized the Bills more than any team, racking up eight game-winning drives, his most vs. any team, including converting on 11 of 19 (57.9%) chances to tie or take the lead, late. Maybe it’s the altitude, but he never has figured out the Broncos. His teams have converted on 4 of 20 (20%) chances to tie to go ahead, late. The Dolphins held their own too, as Brady’s teams are just 8 of 24 (33%) in these situations.

You can’t go wrong with any of his game-winning drives in the Super Bowl. His most famous has to be the birth of a legend, though, when he led the Patriots 53 yards on nine plays to set up Adam Vinatieri’s game-winning field goal in Super Bowl XXXVI against the heavily favored Rams.

Earlier that postseason Brady led the Patriots on a 15-play drive leading to the overtime field goal to beat the Raiders in the “Tuck Rule Game.” It’s tied for the longest game-tying/go-ahead drive, in terms of plays, in Brady’s career.

The best performance in these drives in one game was the 2018 AFC Championship. He went throw-for-throw with Patrick Mahomes in one of the wildest playoff games ever, converting on all three opportunities to tie or take the lead in the fourth quarter and overtime. His 3-for-3 effort in those scenarios was the best in a game in his career. He was also 4-for-4 passing for four first downs on third-and-longer plays, making it that much sweeter. The one detractor is the Charvarius Ward interception called back on a Dee Ford offsides penalty that would have effectively ended the game.