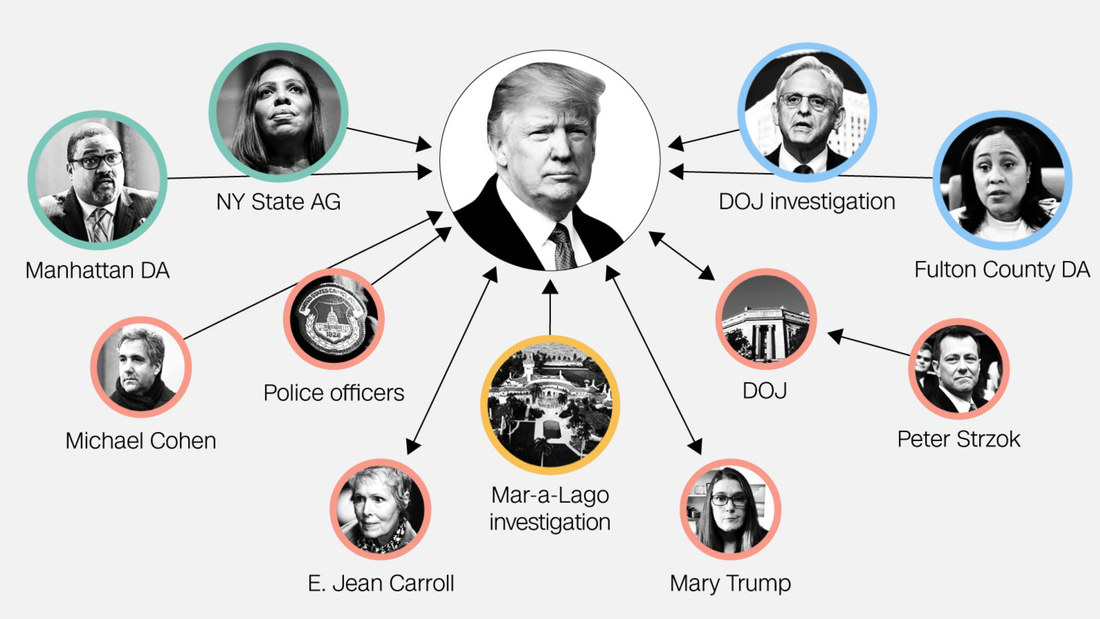 There is a complicated web of ongoing investigations, civil suits and countersuits. While he has not been accused of any crime by a government, state or city attorney, Trump is under scrutiny from all three. He denies wrongdoing in all these matters.

His efforts to overturn the 2020 election are on the radar of federal and Georgia prosecutors. His finances, which he long tried to hide from investigators, are under the microscope in New York. He’s been sued for defamation, wrongful termination and for cutting a relative out of a will. The lawsuits and investigations included here do not encompass the multiple investigations of Trump underway by the House of Representatives, which is controlled by Democrats, but would end if Republicans take control after elections in November.

This story has been updated with additional context.