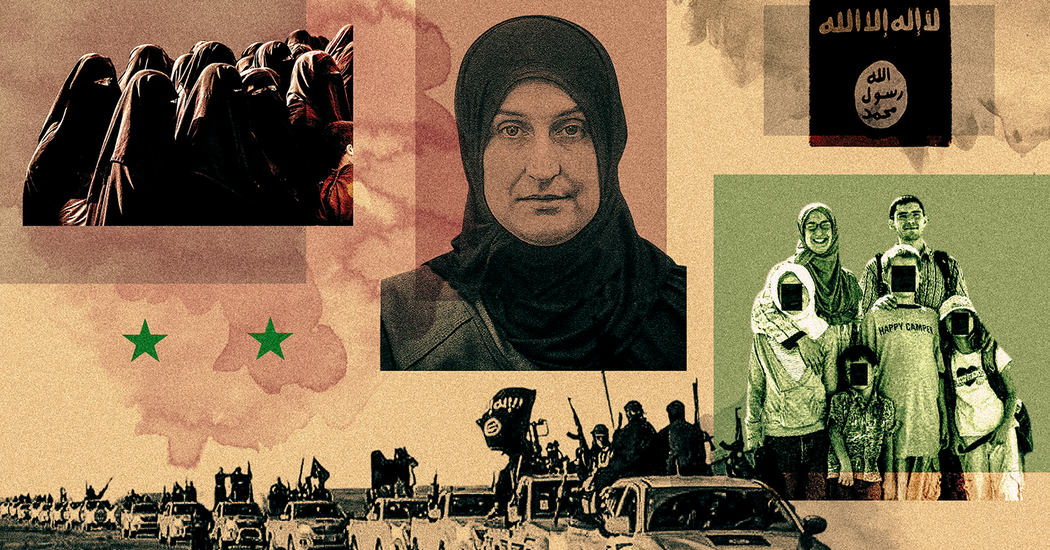 Before the hearing, Raj Parekh, the first assistant U.S. attorney for the Eastern District of Virginia, filed a sentencing memo describing the cruelty that Ms. Fluke-Ekren unleashed on her children, including her oldest son, Gabriel Fluke, who spoke briefly at the sentencing.

More on U.S. Schools and Education

Such memos often offer a standard recounting of the crimes, but Mr. Parekh sought to paint a brutal portrait of Ms. Fluke-Ekren’s relentless abuse of her children and her unyielding devotion to extremism.

Ms. Fluke-Ekren “left a trail of betrayal,” Mr. Parekh said, becoming “a terrorist military leader, and in effect, the empress of ISIS.” He added that she was “driven by fanaticism, power, manipulation, delusional invincibility and extreme cruelty.”

Dressed in a black hijab with a green shirt that read “prisoner,” Ms. Fluke-Ekren, 42, vigorously denied abusing her daughter or forcing her to marry, claiming it was Leyla’s decision.

Ms. Fluke-Ekren grew up in Lawrence, Kan., on an 81-acre farm that has belonged to her family for more than a century. She married in 1996, giving birth to Gabriel and a daughter, Alaina, soon after. But the marriage crumbled, and the couple divorced in 2002. She was a “con artist,” her first husband recalled, a characterization echoed by their son, who described her as “a monster.”