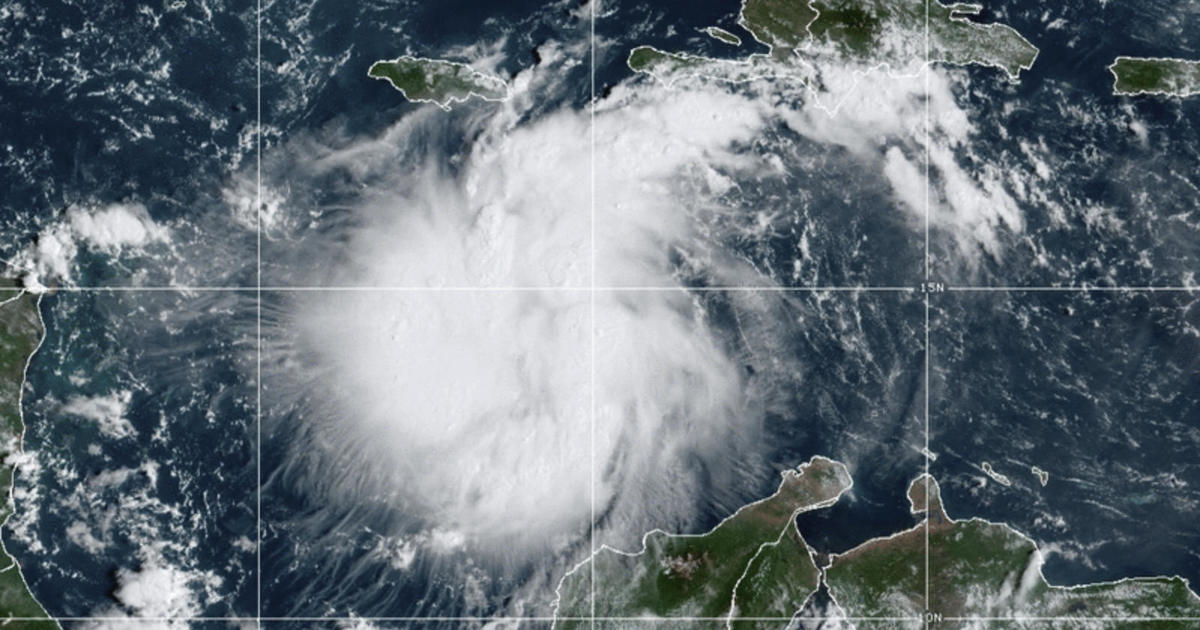 Authorities and residents in Florida were keeping a cautious eye on Tropical Storm Ian as it rumbled through the Caribbean on Sunday, expected to continue gaining strength and become a major hurricane in the coming days on a forecast track toward the state.

Gov. Ron DeSantis declared a state of emergency for all of Florida the previous day, expanding an initial order that had covered two dozen counties. He urged residents to prepare for a storm that could lash large swaths of the state with heavy rains, high winds and rising seas.

“We encourage all Floridians to make their preparations,” DeSantis said in a statement.

President Biden also declared an emergency, authorizing the Department of Homeland Security and the Federal Emergency Management Agency (FEMA) to coordinate disaster relief and provide assistance to protect lives and property. The president postponed a scheduled Sept. 27 trip to Florida due to the storm.

The National Hurricane Center (NHC) said Ian was expected to begin “rapidly strengthening” throughout the day Sunday. The storm was located about 300 miles south-southeast of Grand Cayman as of 11 a.m. Sunday, moving west-northwest at 14 mph. It had maximum sustained winds of 50 mph.

“Ian is expected to become a hurricane later today or tonight and reach major hurricane strength by late Monday or Monday night before it reaches western Cuba,” the NHC said.

Ian was forecast to pass west of the Cayman Islands early Monday, and then near western Cuba by Monday night, the NHC said. It could reach Florida by Tuesday, bringing the possibility of flash flooding to the Florida peninsula and the Florida Keys, the agency added.

“Additional flooding and rises on area streams and rivers across northern Florida and parts of the Southeast cannot be ruled out, especially in central Florida,” the NHC wrote in its Sunday morning advisory.

John Cangialosi, a senior hurricane specialist at the Miami-based center, said in an interview Sunday that it is not clear exactly where Ian will hit hardest. Floridians should begin preparations, including gathering supplies for potential power outages, he said.

“It’s a hard thing to say stay tuned, but that’s the right message right now,” said Cangialosi. “But for those in Florida, it’s still time to prepare. I’m not telling you to put up your shutters yet or do anything like that but it’s still time to get your supplies.”

In Pinellas Park, near Tampa, people were waiting in line at a Home Depot when it opened at 6 a.m., the Tampa Bay Times reported. Manager Wendy Macrini said the store had sold 600 cases of water by the early afternoon and ran out of generators.

People also were buying up plywood to put over their windows: “Better to have it and not need it than to need it and not have it,” Matt Beaver, of Pinellas Park, told the Times.

On Friday, DeSantis signed an executive order issuing a state of emergency for 24 Florida counties that could be in the storm’s path. On Saturday, the state of emergency was expanded to cover the entire state. The order also places the Florida National Guard on standby.

He encouraged all Floridians “to make their preparations.”

Meanwhile, Jamaica and the Cayman Islands could receive anywhere from 3 to 6 inches of rain, the NHC forecasted. Cuba could see 4 to 8 inches, while southern Florida and the Florida could receive 2 to 4 inches.

High terrain areas in Jamaica and Cuba are at risk of flash flooding and mudslides, the NHC said. Cuba could see storm surges of 9 to 14 feet above normal when Ian hits Monday night and early Tuesday morning.