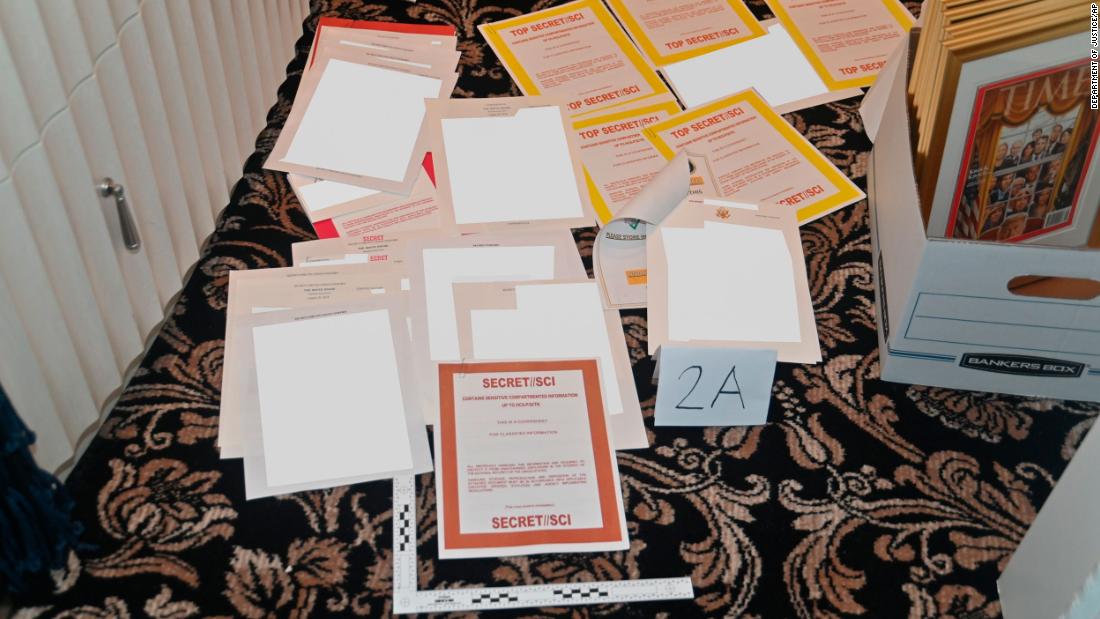 It’s the latest legal turn in the Justice Department’s historic criminal investigation into Trump’s potential mishandling of documents as his term ended in January 2021. The FBI executed a search warrant last month at the former president’s Florida home and resort, seizing 11,000 documents, including more than 100 classified government records.

US District Judge Aileen Cannon earlier this week granted Trump’s request for a special master — a third-party attorney outside of the government — and ordered criminal investigators at the Justice Department to stop using the seized materials as part of their ongoing probe until the special master finishes their review.

It will be up to Cannon to sort out the differences.

The Justice Department wants the special master to move relatively quickly, wrapping up its review in five weeks, by October 17. Trump proposed 90 days.

Whomever ends up getting appointed to fill the role will immediately be catapulted into the center of one of the most consequential criminal investigations in modern American history.

Griffith, a Bush appointee, served on the DC Circuit Court of Appeals from 2005 to 2020. In one of his final major rulings before retiring, he wrote the majority opinion rejecting House Democrats’ attempt to subpoena Trump’s former White House Counsel Don McGahn. (The decision was later overturned.)

Griffith later co-authored a report alongside other prominent conservative lawyers and officials debunking Trump’s lies about massive fraud in the 2020 election. And he publicly endorsed President Joe Biden’s nomination of Ketanji Brown Jackson to serve on the Supreme Court.

Jones, a Bill Clinton appointee to the federal bench, is a former federal prosecutor and a retired judge from the Southern District of New York from 1995 to 2012.

She was tapped to serve as a special master to examine materials seized during an FBI raid of Rudy Giuliani’s home and office in April 2021. She was also a special master in the Michael Cohen case, to make sure investigators didn’t sweep up any documents that were attorney-client privileged. Both Giuliani and Cohen were Trump’s lawyers while they were investigated by the Justice Department.

Huck, who has his own law firm, had been a partner at the Jones Day law firm, which represented the Trump campaign in 2016, and a contributor to the conservative legal organization the Federalist Society.

He previously served as the deputy attorney general for Florida and as general counsel to former Florida Gov. Charlie Crist — who was a Republican at the time and now a Democratic nominee for governor in Florida. Chris Kise, Trump’s current lawyer, also worked for Crist and overlapped with Huck. They worked together at the Florida attorney general’s office.

Dearie has served as a federal judge in New York since 1986, when he was nominated by former President Ronald Reagan. He retired in 2011 and is now a senior judge on the circuit.

Dearie also served a seven-year term on the US Foreign Intelligence Surveillance Court, or FISA court. He was one of the judges who approved an FBI and DOJ request to surveil Carter Page, a Trump campaign foreign policy adviser, as part of the federal inquiry into whether Russia interfered in the 2016 election.

Details are up to the judge

Cannon, the Trump-appointed judge presiding over the case, has said she’ll decide “exact details and mechanics” of the special master process “expeditiously” after both sides submit their proposals. It’s not clear if she’ll hold a hearing on the matter or if she’ll simply issue a written order with her decision.

The two sides haven’t agreed on much throughout the litigation, and it’s no surprise that their proposals submitted Friday spell out vastly different visions of how the special master should conduct their review.

Separate appeal and request of Cannon to continue investigation

Separately, prosecutors are appealing Cannon’s ruling to the 11th Circuit Court of Appeals, and also on Thursday asked Cannon to issue an emergency order temporarily allowing investigators to use the seized materials while the appeal plays out.

The unprecedented search took place after a different federal judge authorized the warrant, finding there was “probable cause” of several crimes, including violations of the Espionage Act and possible obstruction of justice. FBI agents recovered more than 100 classified documents during the search, including 18 marked “top secret,” which is the highest level of classification.

The investigation revolves around the possible mishandling of classified government documents. The US government has recovered at least 325 classified documents from Mar-a-Lago this year, through Trump’s voluntarily turnover of documents in January, a grand jury subpoena in June, and the FBI search last month.

Trump has denied all wrongdoing.

This story has been updated with additional details.