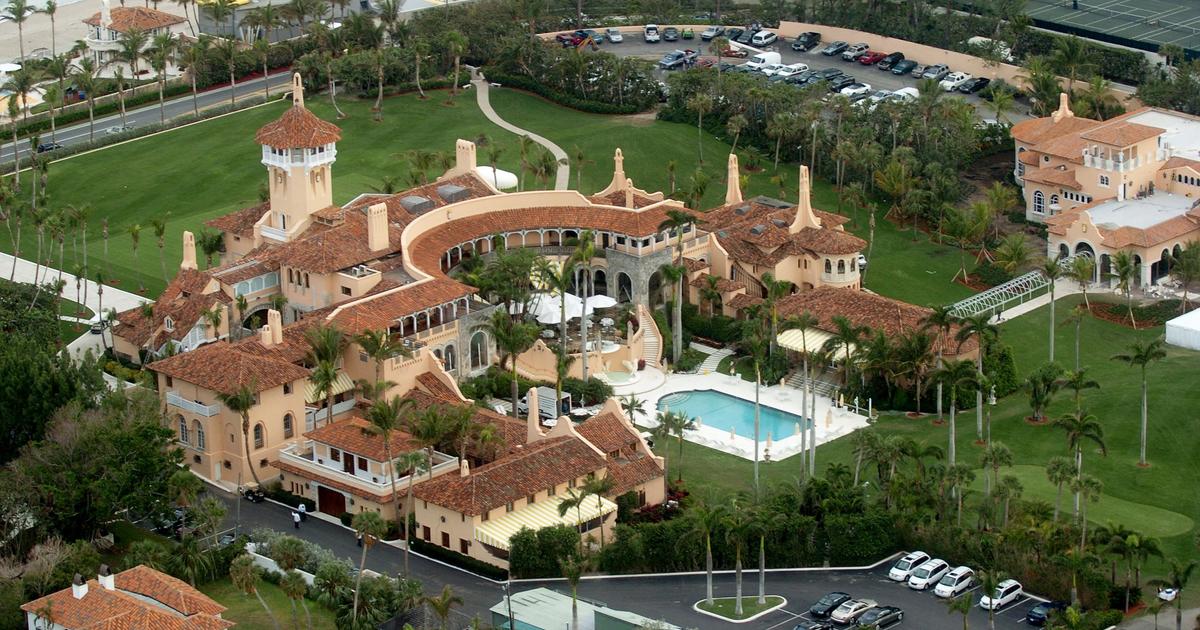 Washington – Former President Donald Trump’s legal team on Wednesday again urged a federal judge to appoint a third party – known as a Special Master – to review the documents seized from his Mar-a-Lago residence earlier this month.

In the filing, Trump’s lawyers called the Aug. 8 execution of a search warrant “unprecedented, unnecessary, and legally unsupported” and accused prosecutors of mischaracterizing instances in the investigation.

Trump’s attorneys also responded in the filing to allegations by the Justice Department that his attempt to appoint the special master “fails for multiple, independent reasons” and has no standing in federal court.

The Justice Department’s argument was “deeply flawed,” Trump’s team said, “There is no question…that the matters before this Court center around the possession, by a President, of his own Presidential records.”

But prosecutors have argued the sensitive records seized at Trump’s Mar-a-Lago residence were not his to keep, but belonged to the federal government and needed to be returned to the National Archives.

“The notion that Presidential records would contain sensitive information should have never been cause for alarm,” Trump’s team countered Wednesday, and said those records were subject to negotiation with the National Archives. For their part, the National Archives has released numerous letters to the public indicating their apparent willingness to work with the former president’s team to recover the records.

Trump’s team did not argue in its filing that the former president declassified any of the documents at issue, a defense he and his allies have promoted in the days since the search.

Prosecutors wrote in their previous filing on Tuesday that the independent review would be unnecessary as they had already completed a review of potentially privileged material and would interfere with their national security investigation.

Trump’s team called the Justice Department’s review of the potentially privileged material into question, accusing them of trying “to avoid judicial oversight.”

“Left unchecked, the DOJ will impugn, leak, and publicize selective aspects of their investigation with no recourse,” the filing from Trump alleges.

Prosecutors revealed in their court filing on Tuesday that “obstructive conduct” likely occurred at Mar-a-Lago after Trump’s legal team allegedly tried to conceal or remove certain records from investigators in the months leading up to the Aug. 8 search.

Trump’s team misled the Justice Department, according to government lawyers, when they told investigators on June 3 that all classified material had been removed from the former president’s residence after a “diligent” search of the property.

In their response on Wednesday, Trump’s team simply wrote the June 3 instance “has

been significantly mischaracterized in the Government’s Response,” but said they would not go into further detail in the filing.

Last week, Judge Cannon indicated her “preliminary intent” to grant Trump’s request for a Special Master. She will hear arguments from both Trump’s attorneys and the Justice Department on the matter in a Florida federal courtroom on Thursday.

Responding to Cannon’s notice, prosecutors also revealed in their explosive Tuesday filing a photo of some of what they say were the classified records seized during the Aug. 8 search at Mar-a-Lago. Some of the records recovered from a container in Trump’s office as depicted in the FBI photo included cover sheets for classified information with the markings “SECRET//SCI” and “TOP SECRET//SCI.” The documents are positioned next to a container with a framed Time magazine cover, among other items.

Visible on the cover sheets is the message “Contains sensitive compartmented information up to HCS-P/SI/TK.”

Attorneys for the former president characterized the Justice Department’s use of the photo as “gratuitous” and Trump himself criticized the picture on his social media platform Truth Social.

Investigators are probing Trump’s alleged mishandling of classified documents, specifically records that he took from the White House to his Mar-a-Lago residence when he left office in January 2021, as well as possible obstruction of the investigation.

Efforts by the National Archives and Records Administration to retrieve materials taken by former President Donald Trump at the end of his administration have spanned more than a year and a half.

After initially collecting 15 boxes of documents in January, they referred the matter to the Justice Department for further investigation.

Subpoenas for records and security camera video and negotiations between Trump’s attorneys and some of the Justice Department’s top brass followed, but according to the Tuesday filing by prosecutors, investigators gathered evidence of potential interference that they said warranted the execution of the search warrant on Aug. 8.

Trump publicized the search of his home over his social media company, Truth Social, prompting the Justice Department and Attorney General Merrick Garland to unseal the warrant for public review. Another Florida judge later ruled the underlying evidence, known as the affidavit, was also to be unsealed, but in a redacted manner.

The [Trump filing suggests that the Special Master and Trump’s team should have access to an unredacted copy of the evidence and other underlying materials, including the detailed receipt of seized materials.

Opinion: Parents should put the needs of kids before political gain