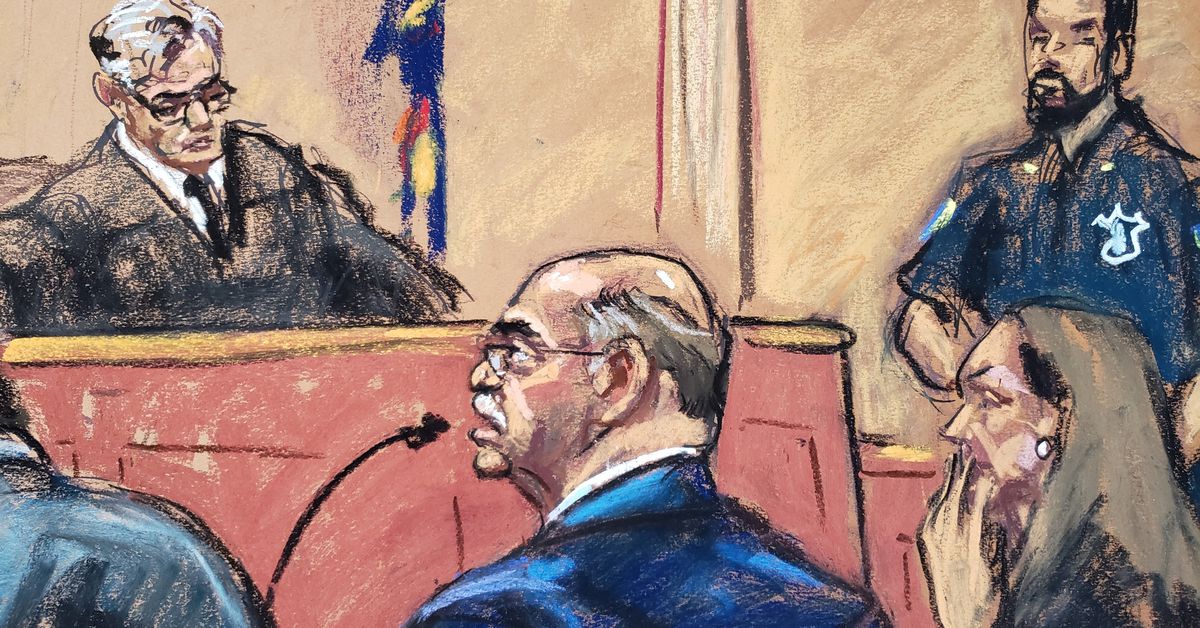 NEW YORK, Oct 24 (Reuters) – Jury selection began on Monday in the tax fraud trial of former U.S. President Donald Trump’s company, with the Trump Organization ready to accuse its longtime chief financial officer of lying in a case in which the business is accused of awarding “off the books” benefits to some senior executives.

The criminal trial in a New York state court is one of a mounting number of legal woes for Trump as he considers another run for the presidency in 2024. The Manhattan district attorney’s office last year charged Trump’s namesake real estate company and Allen Weisselberg, its then-chief financial officer.

Weisselberg, considered the prosecution’s star witness, is set to testify along with the company’s controller, Jeffrey McConney.

Susan Necheles, a lawyer for the Trump Organization, said in a virtual hearing last week that challenging Weisselberg’s admission that he hid information from the accountants would be part of the company’s defense, according to a transcript of the proceeding held privately that was later unsealed.

“Weisselberg will testify he believed everything he was doing was wrong,” Necheles said during the video conference. “We think he’s lying and we want to show that.”

Necheles said Weisselberg and McConney relied on outside accountants “who led them to believe that certain things were done correctly.”

The process of choosing a jury started, with Justice Juan Merchan presiding over the trial in Manhattan that he said would last six weeks. The judge told more than 100 prospective jurors about the charges, the fact that the defendants have pleaded not guilty and that proof of guilt beyond a reasonable doubt would be required for conviction.

The judge also asked for any potential jurors to say if they do not feel they could serve in the trial.

Lawyers from both sides have the opportunity to question prospective jurors, who may be asked about their personal views on Trump, a Republican businessman-turned-politician who first achieved fame decades ago in the most-populous U.S. city, and whether they can decide the case impartially. The city is heavily Democratic.

Allen Howard Weisselberg, the former Trump Organization CFO, sits in New York State Supreme Court with his lawyer Mary Mulligan, as he pleads guilty during his hearing in the Manhattan borough of New York City, U.S., August 18, 2022 in this courtroom sketch. REUTERS/Jane Rosenberg

One potential juror, a 34-year-old woman, said she was excused from serving in the trial for job-related reasons but told reporters outside the courtroom that she could not have been impartial.

“He’s guilty in my mind, whatever the case is,” she said of Trump. “Anything he does, his corporation does.”

The Trump Organization, which operates hotels, golf courses and other real estate around the world, could face up to $1.6 million in fines for the three tax fraud counts and six other counts it faces. The company has pleaded not guilty. Trump is not charged in the case.

Weisselberg has refused to cooperate with prosecutors in their investigation, agreeing only to testify as required by his plea agreement. Weisselberg is meeting with both sides to assure that his testimony goes smoothly, giving each the chance to learn what they may elicit “that is helpful to their respective positions,” his lawyer Nicholas Gravante said.

In his guilty plea, Weisselberg admitted to scheming with the company so that “substantial portions” of his and other employees’ income was unreported or misreported.

Weisselberg’s plea agreement stated that he evaded paying taxes on unreported income from the Trump Organization in the form of benefits including rent payments for a Manhattan apartment, multiple Mercedes Benz automobiles, private school tuition for his grandchildren and cash and furnishings for his apartment and home in Florida. Weisselberg said the scheme also included improper payments to certain employees as non-employee compensation.

Weisselberg has worked for the Trump Organization for nearly half a century. He went from being CFO to a senior advisor when he and the company were indicted last year. After his guilty plea, he was placed on a paid leave of absence, according to a person familiar with the matter. The Trump Organization after his guilty plea called Weisselberg a “fine and honorable man.”

Weisselberg was promised a sentence of five months in jail if he testifies truthfully in the trial, and he could be freed after 100 days. He also agreed to pay nearly $2 million in taxes, penalties and interest to city and state tax authorities.

The criminal case is separate from a $250 million civil lawsuit filed by the New York attorney general against Trump, three of his adult children and his company in September, accusing them of overstating asset values and his net worth to get favorable bank loans and insurance coverage.

Trump’s other legal troubles include a federal criminal investigation into the removal of government documents from the White House when he left office last year.

Reporting by Karen Freifeld in New York; Additional reporting by Luc Cohen. Editing by Will Dunham and Noeleen Walder