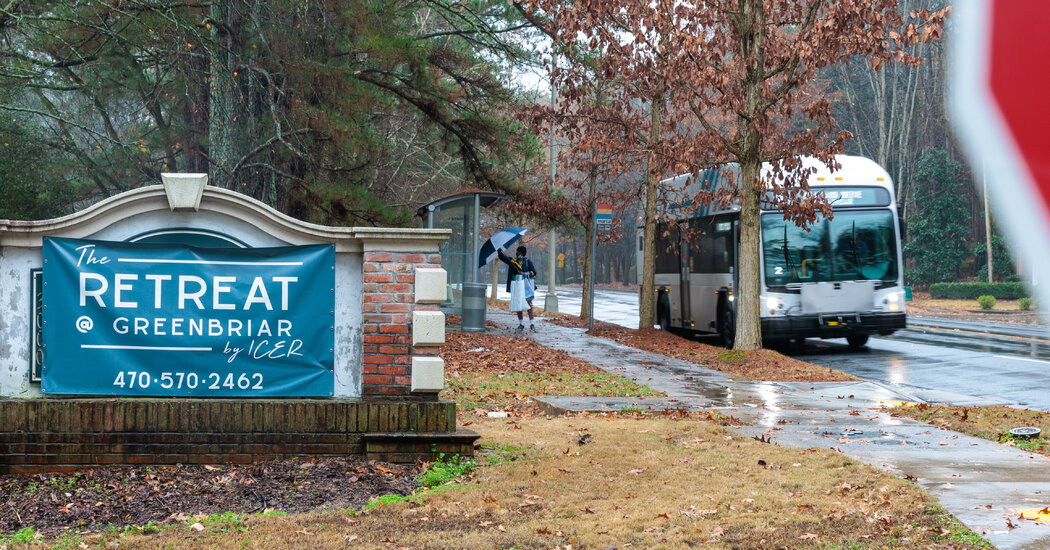 Two teenage boys were fatally shot in Atlanta on Saturday after a social media dispute escalated into a shootout, leaving at least three other young people injured, the authorities said.

Officers responded to a report that multiple people had been shot at an apartment complex around 14 miles southwest of downtown Atlanta at about 5:09 p.m., where they found the two 14- and 16-year-old boys dead, according to the Atlanta Police Department.

“It appears several victims were taken to the hospital by private vehicle, prior to police arriving on scene,” the police said in a statement, adding that they were continuing to gather information regarding the total number of victims.

In a news conference on Saturday evening, Charles Hampton Jr., the deputy chief of the Atlanta Police Department, said that “there was some type of dispute on social media that escalated to gunfire.” He said that one group of teenagers had gone to the apartment with guns, and that another group had fired their weapons.

“Both parties had weapons,” Deputy Chief Hampton said, adding that the dispute had begun inside the apartment before moving outside, and that “multiple people were shooting.” He said that homicide detectives were conducting interviews, and that the investigation was ongoing.

Atlanta’s crime rate has risen rapidly in recent years, and it was at the center of the city’s 2021 mayoral race, as residents became fed up with the soaring violence. The Atlanta Police Department has recorded 157 homicides so far this year. There were 161 homicides in 2021, and 157 homicides in 2020, a 60 percent jump from 2019, according to police data.

“It’s just too many guns in the hands of our youth,” Deputy Chief Hampton added. “This should be a time that we are getting ready for the holidays. But we have at least two families that will be planning for funerals.”