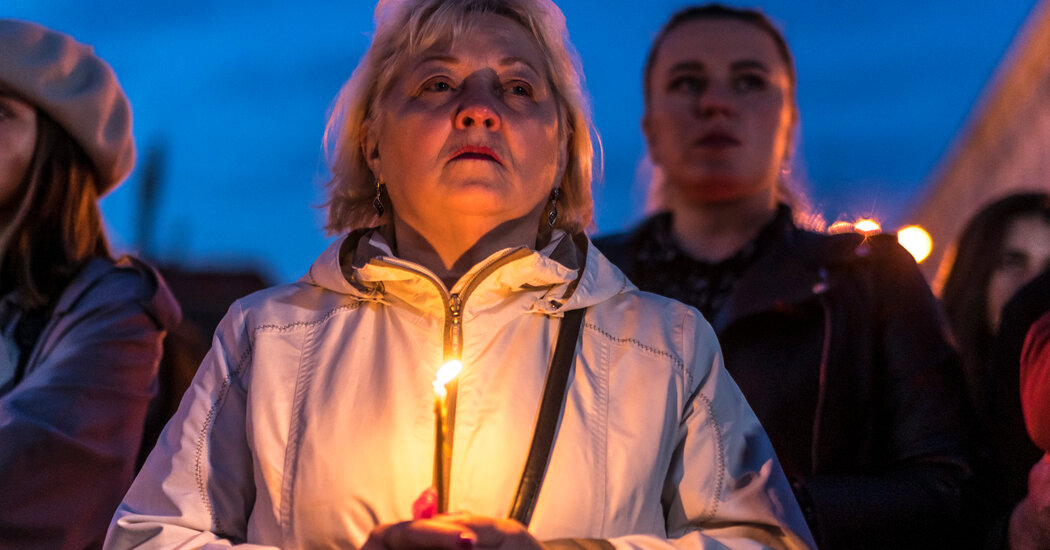 Shelling at a nuclear plant in Ukraine has “gravely concerned” international monitors who believe a security protection zone should be established immediately, the United Nations’ nuclear watchdog agency said in a report on Tuesday after inspectors visited the embattled Zaporizhzhia facility.

But the experts from the International Atomic Energy Agency said the fighting has not triggered a nuclear emergency at the plant in southern Ukraine, which has become one of the critical flash points in the war since Russia invaded in February..

Monitors from the I.A.E.A., including the agency’s director general, Rafael Mariano Grossi, visited the facility last week amid continuing shelling of the area that at one point forced them to take cover. In a report on its findings, the agency said that shelling should be “stopped immediately” and that it was prepared to start consultations with both sides in the conflict over security at the plant, which is the largest in Europe.

For weeks, fighting around the large facility — which was seized by Russian forces in March but is operated by Ukrainian engineers — has raised fears of a nuclear accident. A dry spent fuel storage facility was damaged last month and, in recent days, there has been a fire and loss of outside power to the plant. On Monday, renewed shelling caused a fire that once again led to the plant being disconnected from Ukraine’s national power grid, which Ukraine’s energy minister said placed critical cooling systems at risk of relying solely on emergency backup power.

“While the ongoing shelling has not yet triggered a nuclear emergency, it continues to represent a constant threat to nuclear safety and security with potential impact on critical safety functions that may lead to radiological consequences with great safety significance,” the report said.

The monitors reported seeing Russian military equipment parked inside buildings, damage to the facilities that posed a hazard to workers, and restrictions on the plant’s Ukrainian operators to access certain parts of the facility, including to plant’s cooling ponds.

Russian military personnel also occupied the plant’s on-site emergency center, the inspectors said, adding that an alternative site for the plant workers’ use “did not provide for fulfillment of all response functions as needed.”

Russia’s permanent representative to international organizations in Vienna, Mikhail Ulyanov, said that Mr. Grossi “didn’t give concrete details” about his proposed security protection zone, according to RIA Novosti, a Russian state news agency. Mr. Ulyanov said that Moscow would wait for Mr. Grossi to explain his approach before making any steps.

Ukrainian officials have maintained that the only viable solution is for Russian forces to leave the plant. Anton Gerashchenko, an adviser to Ukraine’s minister of internal affairs, highlighted a portion of the report that mentioned a security zone as one of the “interim measures” to be taken, pending the end of the conflict. The plant, he wrote, “must be demilitarized, the Russian troops withdrawn!”

The plant, which lies on the eastern bank of the Dnipro River, is strategically significant as a critical piece of Ukraine’s energy infrastructure. In addition, the Zaporizka region borders an area where Ukrainian forces have mounted a counteroffensive that aims to reclaim territory lost to Russia at the start of the war. Both countries have blamed the other for the shelling around the plant, which injured one worker last month, according to the report.

The report — which was released a few hours before Mr. Grossi was scheduled to brief the U.N. Security Council — noted that the plant’s workers are under “constant high stress and pressure,” saying the situation was “not sustainable.”

“The hits that this facility has received, and I could personally see and assess, is simply unacceptable,” Mr. Grossi told the Security Council. “We are playing with fire and something very catastrophic could take place.”

While it can call for changes, the agency, like other U.N. bodies, has limited power to influence events and instead relies on the consent of governing parties. At the same time, the Russian invasion has presented the agency with an unprecedented challenge in the form of a nuclear facility that has become a combat zone.

The I.A.E.A. avoided blaming Kyiv or Moscow for the damage at the plant, but said in its report that military equipment at the site “undermined the designed physical protection systems” at the facility. Noting the presence of Russian military trucks at the plant including inside the turbine halls of two reactors, the report recommended the removal of vehicles from areas that could interfere with the operation of safety and security systems.

After the I.A.E.A.’s visit to the plant last week, which followed intensive negotiations with both sides to guarantee security, some inspectors remained at the site.

NFL Week 4 grades: 49ers earn ‘A’ for dominating win over Rams; Ravens get ‘D’ for blowing big lead vs. Bills