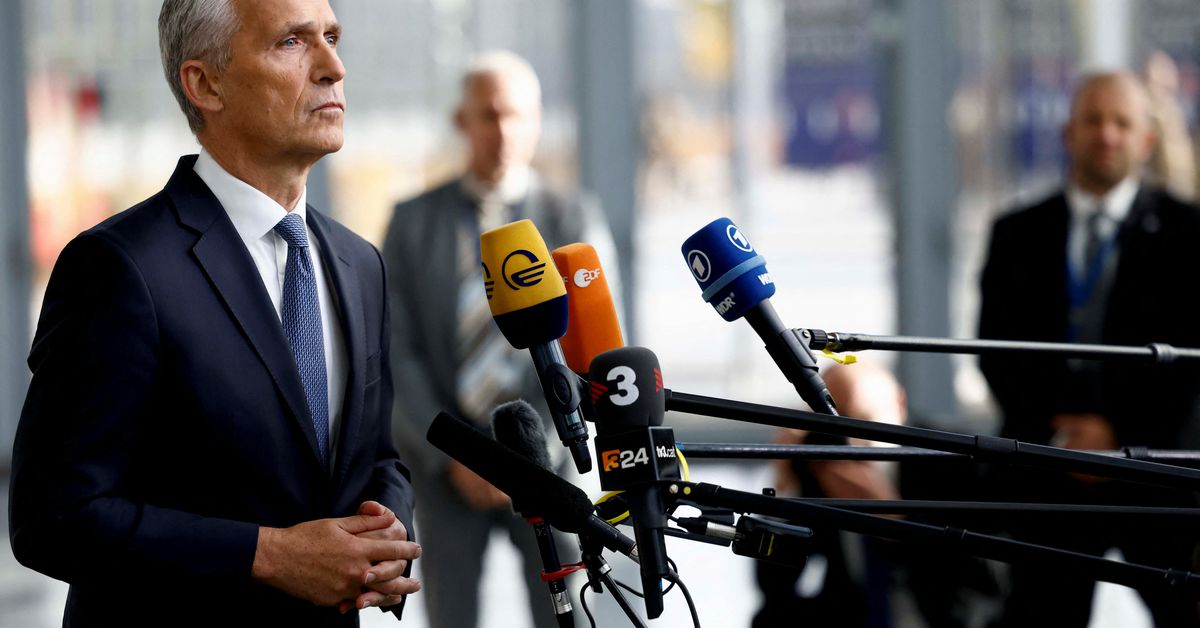 Military analysts are watching to see whether fighting subsides during Ukraine’s tough winter, potentially giving an opportunity for troops on both sides of the conflict to reset after months of brutal fighting since Russia’s Feb. 24 invasion of Ukraine.

But Austin, speaking at a gathering at NATO headquarters in Brussels of about 50 countries providing military aid to Ukraine, said he expected Kyiv to do what it could to press ahead after regaining territory occupied by Russian forces in recent weeks.

“I expect that Ukraine will continue to do everything it can throughout the winter, to regain its territory and to be effective on the battlefield,” Austin told a news conference.

“And we’re going to do everything we can to make sure that they have what’s required to be effective.”

A senior U.S. defense official said there was an “outpouring” of support to help Ukraine get through the winter fighting months, including provision of winter clothing.

“But what about those Russian forces? What kind of support are they going to have through the winter? Right now, the Russians are isolated and alone,” the official said.

Many countries have condemned the invasion, which Russian President Vladimir Putin calls a “special military operation” to ensure Russian security and protect Russian-speakers in Ukraine.

Ukraine and its allies accuse Moscow of waging war to grab territory or even occupy a pro-Western neighbor.

Austin opened the NATO event, sitting next to his Ukrainian counterpart, by condemning Putin’s deadly missile attacks against “targets with no military purpose” across Ukraine two days ago.

U.S. Army General Mark Milley, chairman of the Joint Chiefs of Staff, said the strikes met the definition of war crimes under the international rules of war. Kyiv and its allies have repeatedly accused Russian forces of war crimes and targeting civilians, charges Russia rejects.

“They have targeted the elderly, the women, and the children of Ukraine. Indiscriminate and deliberate attacks on civilian targets is a war crime in the international rules of war.”

The latest Russian air attacks killed 19 people in Ukraine, wounded more than 100 and knocked out power supplies across the country, adding new urgency to Kyiv’s long-standing calls for air defenses to protect its cities.

Germany announced that the first of four IRIS-T air defense systems had reached Ukraine. German Defense Minister Christine Lambrecht called it a “very important support for Ukraine in the fight against missile attacks”.

The gathering in Brussels is also the first big NATO meeting since Moscow proclaimed in September that it was annexing four regions of Ukraine, announced a mobilization and issued veiled nuclear threats – moves that the alliance has classified as a clear escalation of the war.

A senior NATO official said a Russian nuclear strike would change the course of the conflict and almost certainly trigger a “physical response” from Ukraine’s allies – “and potentially from NATO itself.”

The official did not detail what a physical response might entail.

NATO’s nuclear planning group will hold a closed-door meeting on Thursday, but the alliance has not released details about what specifically will be discussed.

Speaking ahead of the two-day meeting of the alliance’s defense ministers, NATO Secretary-General Jens Stoltenberg said that the alliance would proceed with its annual nuclear preparedness exercise next week.

He was referring to the “Steadfast Noon” exercise, in which NATO air forces practise the use of U.S. nuclear bombs based in Europe with training flights, without live weapons.

Cancelling the drills because of the war in Ukraine would send a “very wrong signal”, Stoltenberg said.

“It’s an exercise to ensure that our nuclear deterrent remains safe, secure and effective,” he said, adding NATO’s military strength was the best way to prevent any increase in tensions. Moscow has accused the West of intensifying the conflict by supporting Kyiv.

Europe is already on edge after attacks on the Nord Stream pipelines running under the Baltic Sea, although it remains unclear who was behind the explosions.

NATO has said it would meet attacks on allies’ critical infrastructure with a “united and determined response” and has already doubled its presence in the Baltic and North seas to more than 30 ships supported by aircraft and undersea activities.