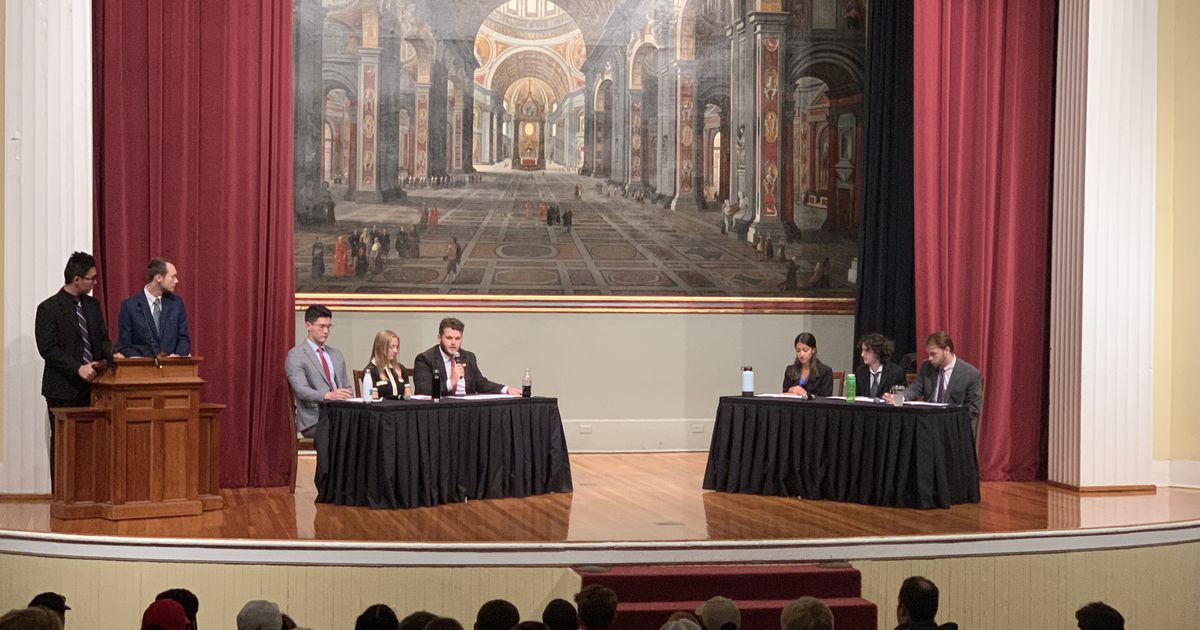 Other students aren’t sold on Walker.

Katy Gates, a sophomore at UGA and the vice president of the College Democrats of Georgia, comes from a family of longtime Bulldog fans.

When Walker announced his run for the U.S. Senate last year, Georgians immediately recognized him as the Heisman Trophy winner who helped Bulldogs win the 1980 National Championship. He was endorsed by former Georgia head football coach and athletics director Vince Dooley, who died last week at the age of 90. Former President Donald Trump, whose relationship with Walker goes back to him playing on a now-defunct USFL team Trump owned in the 1980s, was an early supporter of Walker entering the race.

“I … feel very excited to see, certainly a legend like Herschel Walker who represented our state very well in sports, on the ballot to represent our state,” said Blake Bassham, chairman of the Georgia Association of College Republicans and a senior at the University of North Georgia.

In 2020, Georgia had the highest turnout of youth voters in the nation, with young adults contributing to 21% of the vote, according to the Center for Information and Research on Civic Learning and Engagement, or CIRCLE, at the Tisch College of Civic Life at Tufts University. The youth vote was credited by some experts for flipping the state blue in the presidential and U.S. Senate races.

While Walker attended the university for some time, he never actually graduated from UGA — though he did claim to have done so when he started his campaign.

College Republicans said that while Walker’s past as a football player is definitely an exciting one, it doesn’t factor into their support for him. Rather, they support him due to hopes that he would reduce inflation as well as his openness with mental health issues.

“That’s an inspirational thing to do,” said vice chairman of the Georgia Association of College Republicans and UGA senior Emanuel Hernaiz. “I think it’s what’s needed to be heard in society.”

College Democrats believe that Walker is using his mental health issues as a way of justifying police reports of violence. Walker has said he has been healed from his diagnosed dissociative identity disorder, but has provided few details.

Walker stated that he is not currently seeking treatment for his diagnosed dissociative identity disorder.

“I think he’s using it as an excuse, this idea of redemption, to not address (his) troubling past and to give voters a sound mind about voting for him,” said Christian Dent, a UGA freshman who serves on the executive board of the College Democrats of Georgia. “I don’t think that’s excusable.”

“You don’t need to have been a career politician or whatever to serve in the Senate. But I think that you do need to have been there doing the work for the people you say that you’re trying to represent,” Gates said.