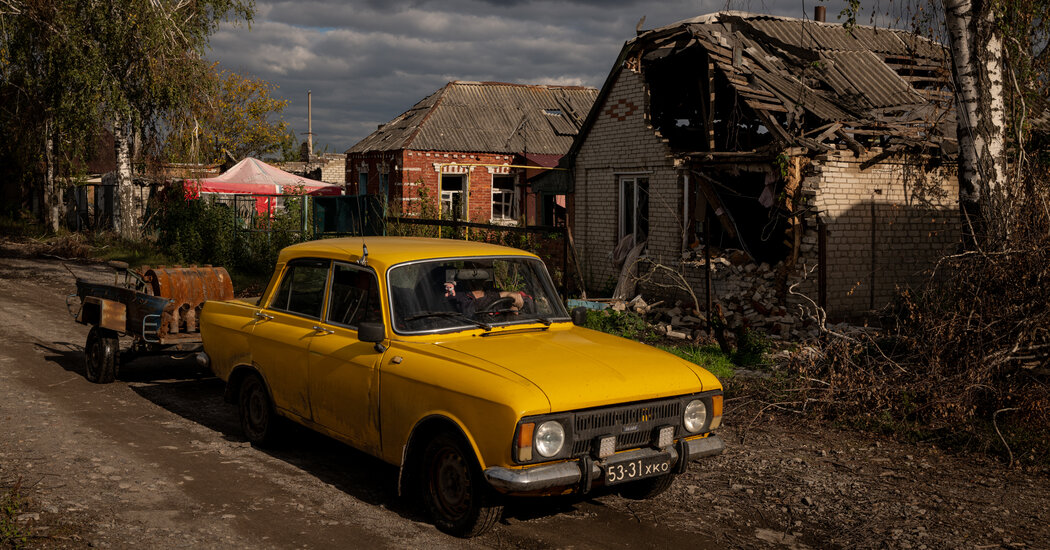 ISTANBUL — In just over 12 hours after he heard that Russian civilians could be pressed into military service in Ukraine, the young tour guide bought a plane ticket, changed money, bought a laptop, wrapped up his business, kissed his crying mother goodbye and boarded a plane to leave his country, with no idea when he would return.

Thursday morning, he walked into the cavernous arrival hall of the Istanbul International Airport carrying only a backpack and the address of a friend who had promised to put him up while he figured out what to do with his life.

“I was sitting and thinking about what I could die for, and I didn’t see any reason to die for the country,” said the tour guide, 23, who, like others interviewed for this article, declined to give his name for fear of reprisals.

Since President Vladimir V. Putin’s announcement on Wednesday of a new troop call-up, waves of Russian men who had previously thought they were safe from being forced to the front lines have realized they could not count on staying out of their country’s invasion of Ukraine.

Some have left the country in a rush, paying rising prices to catch flights to countries such as Armenia, Georgia, Montenegro and Turkey that allow them to enter without visas.

Aleksandr, a 37-year-old executive manager from Moscow, didn’t finish listening to Mr. Putin’s announcement on Wednesday. Instead, he started packing. Minutes later, he left his apartment and drove to the airport, looking for available tickets en route.

There were already none available for his preferred destinations, such as Istanbul, so he opted for Namangan, Uzbekistan, a city he had never heard of. He spent the afternoon at the airport near Moscow, hoping to get through passport control as soon as possible, fearing the border could close for reservists at any point.

“I realized that the stakes just were very high,” Aleksandr said in a phone interview from Namangan. “I was already ready for everything, that they would just turn me away at the border.” The plane, he said, was full of people like him — “stooped young men with laptops.” His neighboring passenger had never heard of Namangan before either.

Back in Moscow, Aleksandr’s wife was in shock. Suddenly, she was left alone with their three children. “I am horrified; my hopes that things might remain more or less OK have collapsed today,” she said.

Some of the Russian men arrived in Istanbul with huge roller bags, stuffed with clothing and other personal belongings they hoped would make it easier to set up a new life elsewhere. Others had left in a rush with small bags containing a few changes of clothes.

Many said they would not return home while the threat of conscription looms. But the suddenness of their departure meant that few have definite plans for what they would do next.

The tour guide, who is a reservist, said he had already arranged a temporary place to stay in Istanbul and that he hoped to improve his English and possibly work as a tour guide in Turkey.

A merchant mariner who gave his name only as Dmitriy, 26, said he would wait in Turkey until he found a new ship to work on. As soon as he had heard the news, “I decided that I needed to leave now,” he said.

Over the last 24 hours, his friends had been messaging and calling each other to explore their options and consulting Telegram channels where people share information about the conditions at Russian airports and border crossings. As airline tickets sold out, some Russian men were looking into driving to Georgia and Finland, according to numerous chats on Telegram.

The mariner said that most of his friends had stayed in Russia after the invasion of Ukraine, feeling that the war would not affect them much. But now, most of them were rushing to get out.

“Lots of people want to leave Russia now because they don’t want to fight for the opinion of one person,” he said, dismissing the invasion as a personal project of Mr. Putin.