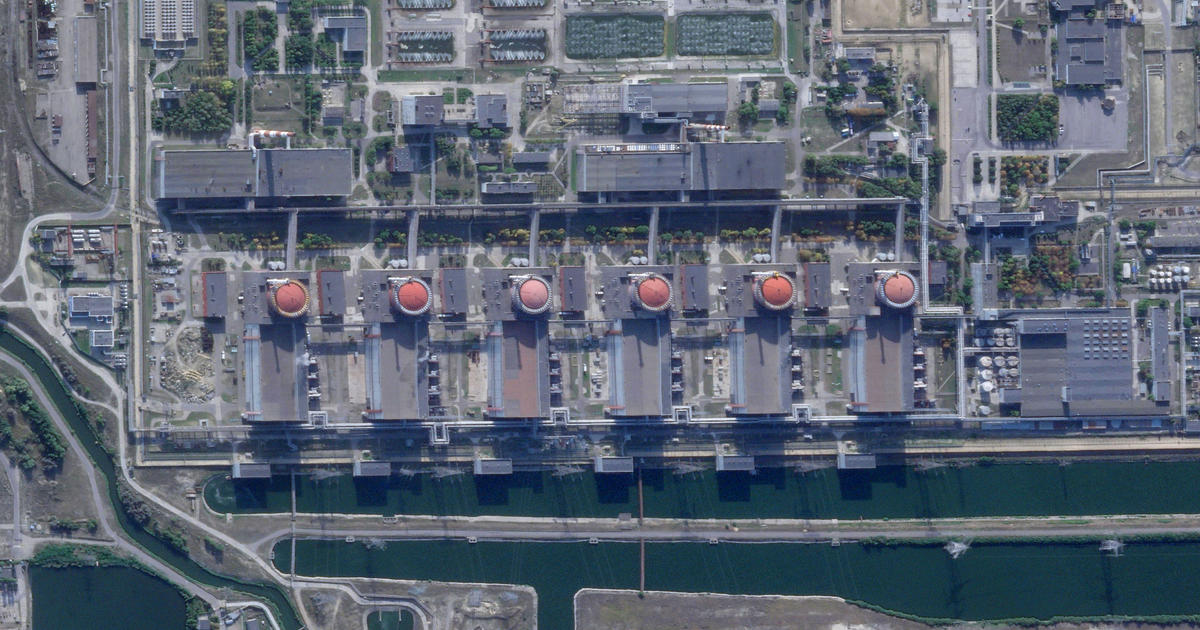 The head of the U.N. nuclear watchdog said Saturday that the Russian-controlled Zaporizhzhia nuclear plant in Ukraine was disconnected to its last external power line but was still able to run electricity through a reserve line amid sustained shelling in the area.

International Atomic Energy Agency Director-General Rafael Grossi said in a statement that the agency’s experts, who arrived at Zaporizhzhia on Thursday, were told by senior Ukrainian staff that the fourth and last operational line was down. The three others were lost earlier during the conflict.

But the IAEA experts learned that the reserve line linking the facility to a nearby thermal power plant was delivering the electricity the plant generates to the external grid, the statement said. The same reserve line can also provide backup power to the plant if needed, it added.

“We already have a better understanding of the functionality of the reserve power line in connecting the facility to the grid,” Grossi said. “This is crucial information in assessing the overall situation there.”

In addition, the plant’s management informed the IAEA that one reactor was disconnected Saturday afternoon because of grid restrictions. Another reactor is still operating and producing electricity both for cooling and other essential safety functions at the site and for households, factories and others through the grid, the statement said.

The Zaporizhzhia facility, which is Europe’s largest nuclear plant, has been held by Russian forces since early March, but its Ukrainian staff are continuing to operate it.

The Russian-appointed city administration in Enerhodar, where the Zaporizhzhia plant is located, blamed an alleged Ukrainian shelling attack on Saturday morning for destroying a key power line.

“The provision of electricity to the territories controlled by Ukraine has been suspended due to technical difficulties,” the municipal administration said in a post on its official Telegram channel. It wasn’t clear whether electricity from the plant was still reaching Russian-held areas.

Vladimir Rogov, a member of the Kremlin-appointed regional administration said on Telegram that a shell had struck an area between two reactors. His claims couldn’t be immediately verified.

Over the past several weeks, Ukraine and Russia have traded blame over shelling at and near the plant, while also accusing each other of attempts to derail the visit by IAEA experts, whose mission is meant to help secure the site. Grossi said their presence at the site is “a game changer.”

Russia’s Defense Ministry said that Ukrainian troops launched another attempt to seize the plant late Friday, despite the presence of the IAEA monitors, sending 42 boats with 250 special forces personnel and foreign “mercenaries” to attempt a landing on the bank of the nearby Kakhovka reservoir.

The ministry said that four Russian fighter jets and two helicopter gunships destroyed about 20 boats and the others turned back. It added that the Russian artillery struck the Ukrainian-controlled right bank of the Dnieper River to target the retreating landing party.

The ministry claimed that the Russian military killed 47 troops, including 10 “mercenaries” and wounded 23. The Russian claims couldn’t be independently verified.

The plant has repeatedly suffered complete disconnection from Ukraine’s power grid since last week, with the country’s nuclear energy operator Enerhoatom blaming mortar shelling and fires near the site.

Local Ukrainian authorities accused Moscow of pounding two cities that overlook the plant across the Dnieper river with rockets, also an accusation they have made repeatedly over the past weeks.

In Zorya, a small village about 20 kilometers (12 miles) from the Zaporizhzhia plant, residents on Friday could hear the sound of explosions in the area.

It’s not the shelling that scared them the most, but the risk of a radioactive leak in the plant.

“The power plant, yes, this is the scariest,” said Natalia Stokoz, a mother of three. “Because the kids and adults will be affected, and it’s scary if the nuclear power plant is blown up.”

Oleksandr Pasko, a 31-year-old farmer, said “there is anxiety because we are quite close.” Pasko said that the Russian shelling has intensified in recent weeks.

During the first weeks of the war, authorities gave iodine tablets and masks to people living near the plant in case of radiation exposure.

Turkish President Recep Tayyip Erdogan offered to take the role of “facilitator” on the issue of the Zaporizhzhia plant, in a phone call with Russian President Vladimir Putin on Saturday, according to a statement from the Turkish presidency.

The Ukrainian military on Saturday morning reported that Russian forces overnight pressed their stalled advance in the country’s industrial east, while also trying to hold on to areas captured in Ukraine’s northeast and south, including in the Kherson region cited as the target of Kyiv’s recent counteroffensive.

It added that Ukrainian forces repelled around a half-dozen Russian attacks across the Donetsk region, including near two cities singled out as key targets of Moscow’s grinding effort to capture the rest of the province. The Donetsk region is one of two that make up Ukraine’s industrial heartland of the Donbas, alongside Luhansk, which was overrun by Russian troops in early July.

Separately, the British military confirmed in its regular update Saturday morning that Ukrainian forces were conducting “renewed offensive operations” in the south of Ukraine, advancing along a broad front west of the Dnieper and focusing on three axes within the Russian-occupied Kherson region.

“The operation has limited immediate objectives, but Ukraine’s forces have likely achieved a degree of tactical surprise; exploiting poor logistics, administration and leadership in the Russian armed forces,” the U.K. defense ministry tweeted.

Russian shelling killed an 8-year-old child and wounded at least four others in a southern Ukrainian town close to the Kherson region, Ukrainian officials said.