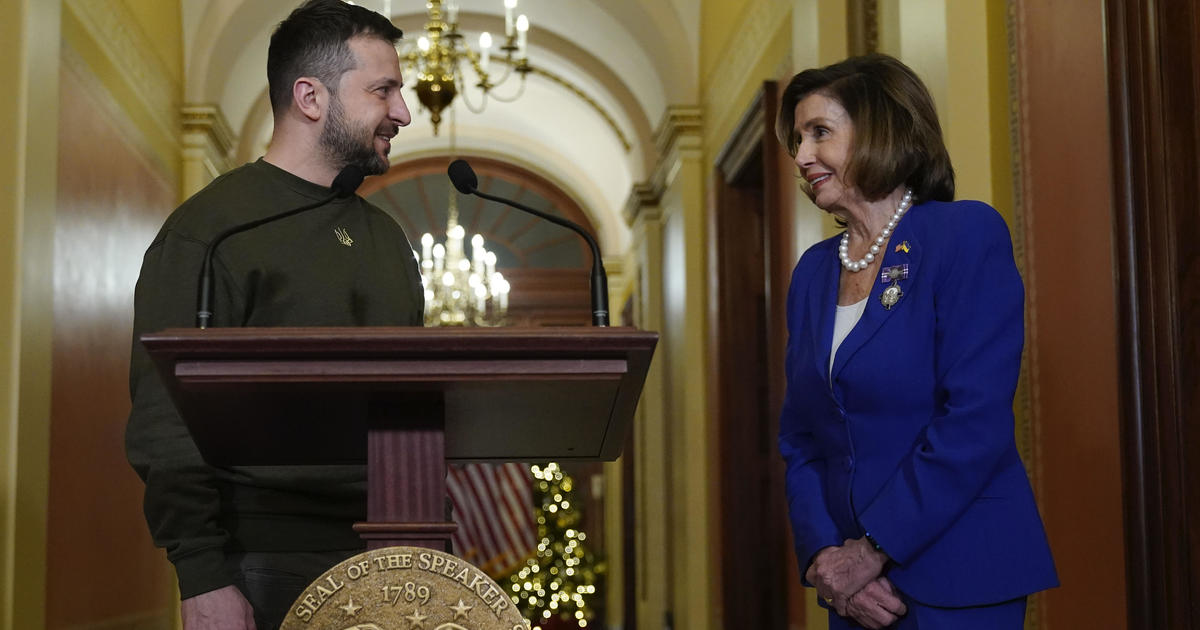 Washington — Ukrainian President Volodymyr Zelenskyy is set to address a joint meeting of Congress Wednesday night as part of his first trip outside Ukraine since Russia launched its assault on his country in February.

CBS News will carry his speech as a special report, starting around 7:30 p.m. ET.

Ahead of the speech, Zelenskyy met with President Joe Biden at the White House. They held a joint press conference, where Mr. Biden said said he would continue to support Ukraine “as long as it takes,” and denounced Russian attacks on Ukrainian infrastructure as the brutal winter cold sets in.

“We should be clear about what Russia is doing — it is purposefully attacking Ukraine’s critical infrastructure, destroying the systems that provide heat and light to the Ukrainian people during the coldest, darkest part of the year. Russia is using winter as a weapon,” Mr. Biden said, standing next to Zelenskyy in the White House East Room. “It’s important for the American people and for the world to hear directly from you, Mr. President, about Ukraine’s fight and the need to continue to stand together through 2023.”

Asked what message he had for the American people, Zelenskyy emphasized that “we have the same values.”

“We really fight for our common victory against this tyranny. And that is real life. And we will win. And I really want [to] win together. Not want — I am sure,” said Zelenskyy, who alternated between speaking in English and Ukrainian.

Around 2 a.m. Wednesday, Pelosi announced her invitation for the Ukrainian leader to address lawmakers in the House chamber.

“In the face of Putin’s horrific atrocities, Ukrainian freedom fighters have inspired the world with an iron will and an unbreakable spirit — fighting back against Russia’s brutal, unjustified invasion,” Pelosi wrote in a letter to the Ukrainian president. “During this dark moment, your courageous, patriotic, indefatigable leadership has rallied not only your people, but the world, to join the frontlines of the fight for freedom.”

All current members of Congress are invited to attend the speech on the House floor, and no guests or former members will be allowed. The House Sergeant at Arms noted in a memo that security will be particularly tight, and access to the Capitol will be restricted.