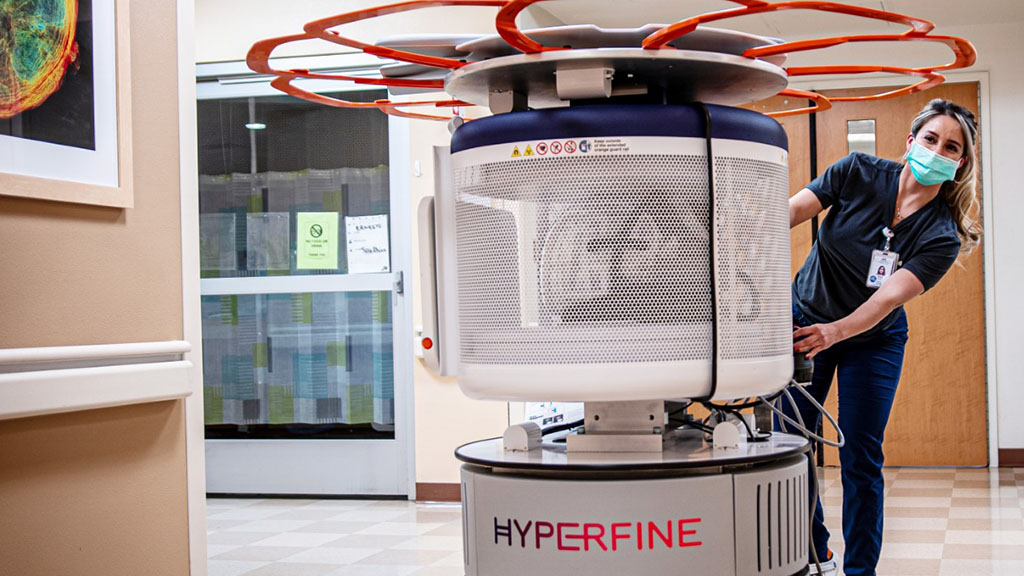 EL PASO, Texas — University Medical Center of El Paso has a new portable MRI device. It travels to the patient’s room, so they no longer need to travel to the radiology department. UMC will primarily use this device for patients with traumatic brain injuries.

The FDA approved this new technology in March of 2021. The head of imaging at UMC tells us that loved ones are able to stay beside the patient during the scan. For a normal MRI, patients are sent in alone.

UMC allowed an ABC-7 crew to try out the device. ABC-7’s Michael Courier received a brain MRI. It only took 5 minutes, and the results were available immediately.

The scans showed Michael’s brain tissue, part of his skull, and his eyeballs. The team walked us through his results, which were partial because a portion of the machine was left open to allow our cameras to see inside.

UMC officials say this device is the first of its kind in El Paso and the third in Texas. They hope to expand its use to the general ICU unit eventually.

BE PART OF THE CONVERSATION

KVIA ABC 7 is committed to providing a forum for civil and constructive conversation.

Please keep your comments respectful and relevant. You can review our Community Guidelines by clicking here