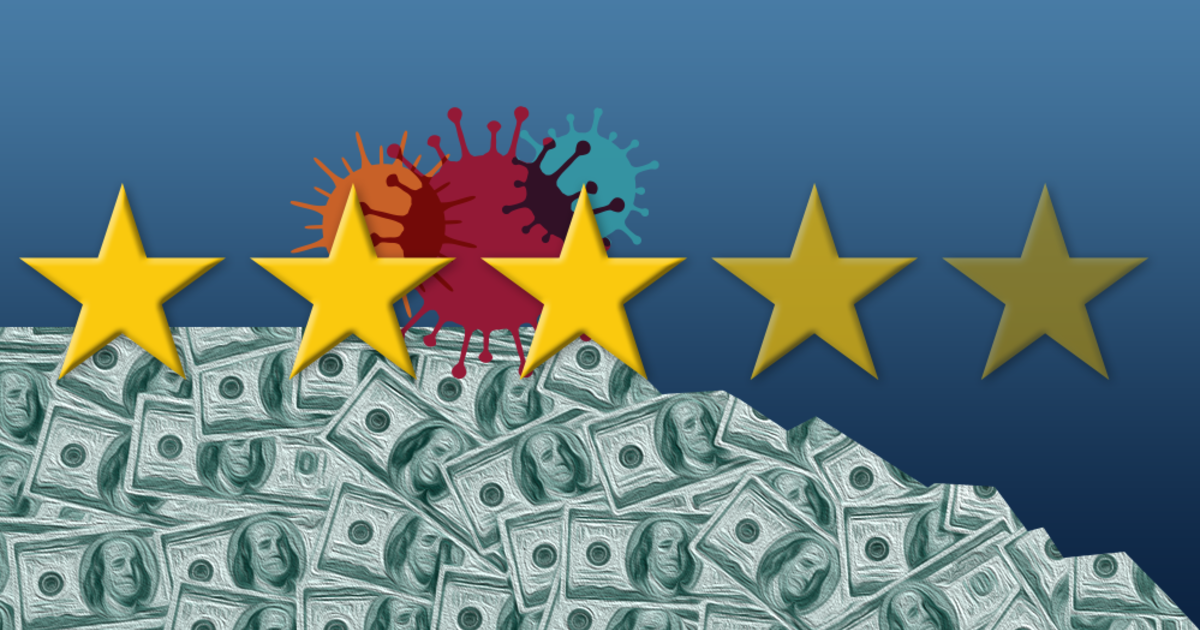 For some companies, it is not the number of plans that received a high rating that’s significant, but the size of the plans’ membership.

Nearly 38% of Aetna’s policies received at least four stars, down from 55.6%. But ratings for the CVS Health subsidiary’s largest plan, the Aetna National PPO, fell to 3.5 stars, dropping the product below the four-star bonus threshold. More than 1.9 million individuals are enrolled in the Aetna National PPO, which represents 59% of the company’s Medicare Advantage membership.

Aetna attributed the decline to poor scores in the Consumer Assessment of Healthcare Providers and Systems survey (CAHPS). The company identified the loss of stars revenue as a headwind for 2024 earnings and plans to mitigate some of the downside through “ongoing contract diversification efforts,” according to a Securities and Exchange Commission filing submitted Wednesday.

Health insurance trade association AHIP attributed the industrywide declines to the ongoing COVID-19 pandemic, as well as to CMS modifying how it calculated ratings this year. CMS made several changes, such as doubling the weight that CAHPS scores have on star ratings.

CMS also assessed Medicare Advantage plans using its pre-pandemic standards. The agency relaxed how it calculated Medicare Advantage star ratings for 2021 and 2022 as part of COVID-19 relief, which led a record number of insurers to garner high scores and a corresponding increase in federal spending on bonuses.

“We look forward to engaging with CMS to address methodological and other issues to ensure that there are accurate, reliable indicators of plan performance,” AHIP President and CEO Matt Eyles said in a statement.

Fifty-seven Medicare Advantage plans with prescription drug coverage earned five out of five stars, a decline from 74 in 2022, CMS said. Plans with a five-star rating are allowed to market their product all year, giving them a leg up on competitors that are limited to promoting  products during the six-week open enrollment period.

Among for-profit insurers, Humana experienced the smallest change, with more than 73% of its 41 plans receiving at least four stars, down from 78%. Humana did not immediately respond to an interview request.

Tim Broderick contributed to this story.