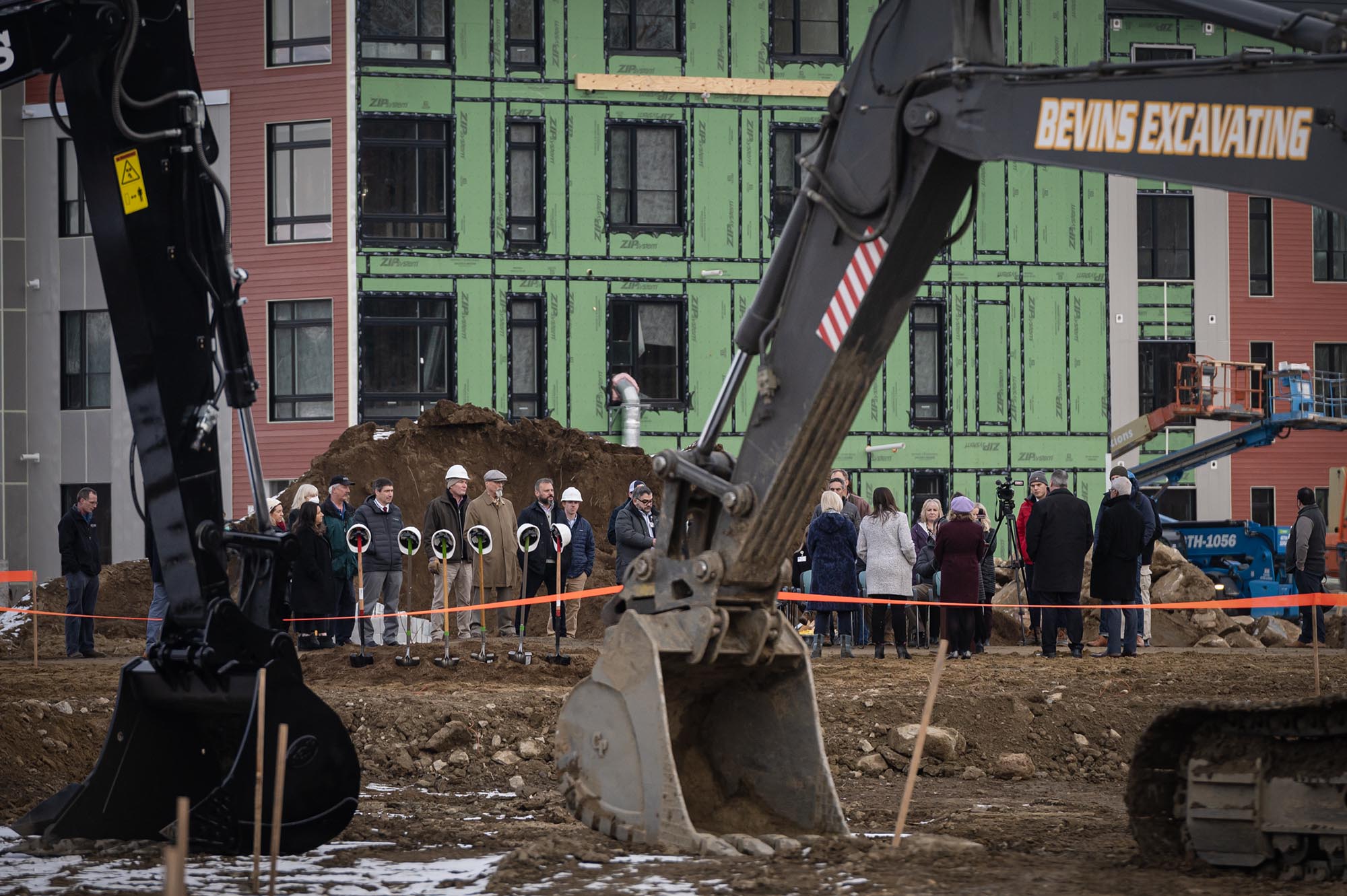 In an effort to recruit and retain staff amid a national workforce shortage, the University of Vermont Health Network has broken ground on a second new apartment building for employees — a project that will also include a child care center for staff.

“To do what we need to do to fill our vacant positions with permanent employees, rather than our more expensive, temporary workers, we really need to have more housing,” said Sunil “Sunny” Eappen, the network’s new president and chief executive officer, at a press conference in South Burlington on Thursday.

Despite receiving $55 million in one-time federal and state funds to cover pandemic-related expenses, UVM Health Network ended its fiscal year on Sept. 30 with a $90 million loss that officials attributed primarily to staffing costs. Like hospitals across the country, UVM facilities relied heavily on temporary workers while staffing waned during the pandemic.

UVM Medical Center, among other Vermont hospitals, has been working to recruit and retain employees by providing housing for employees. The UVM Health Network announced in March that it was working with the Shelburne-based developer SnyderBraverman to build a 61-unit building at 303 Market St. in South Burlington, with priority given to UVM Medical Center staff for the building’s first 10 years. Those units are expected to be ready in April 2023, according to Al Gobeille, executive vice president for operations and chief operating officer for the network.

The second new apartment building will be located next to the first and will have 120 units ranging from studios to two bedrooms, again with priority given to hospital employees for the first 10 years. The site is also set to include a child care center with initial capacity for up to 75 children, focused on infants to pre-K. That building is expected to open in early 2024.

Rebecca “Becky” Kapsalis, associate vice president of talent acquisition for UVM Health Network, said it has been disappointing and frustrating to see how many prospective hires are declining offers because of their inability to find housing or quality child care. Kapsalis said some employees have even had to resign within months of being hired because of their inability to find long-term housing.

Aly Richards, CEO of Let’s Grow Kids, said Thursday that 8,700 children across Vermont need child care. Parents who have found child care are paying 30% to 40% of their income, and yet early educators aren’t making a livable wage.

“The only way to fix it is public policy change and public investment, because it’s a broken business model,” Richards said.

Gobeille said he has received emails from employees, asking how they can get a spot in the 61-apartment building, and he expects to receive “much more” interest once employees are made aware of the 120-unit building.

An employee committee will oversee who is approved to move into the apartments. Rent and child care subsidy packages are being created based on income, according to Gobeille.

Gobeille said apartments will be available to both new and current employees, with some units allocated as transitional housing for new employees who are moving to the area.

“It is beyond important to us that this is done fair and equitably for our teammates,” Gobeille said.

“​​It is dire, and there’s no other way to put it,” Richards said Thursday. “But what we know is housing and child care are the pillars — the pillars of quality of life, affordability for Vermont and for employers, the pillar to recruit and retain talent.”

Want to stay on top of the latest business news? Sign up here to get a weekly email on all of VTDigger’s reporting on local companies and economic trends. And check out our new Business section here.

Did you know VTDigger is a nonprofit?

Our journalism is made possible by member donations from readers like you. If you value what we do, please contribute during our annual fund drive and send 10 meals to the Vermont Foodbank when you do.