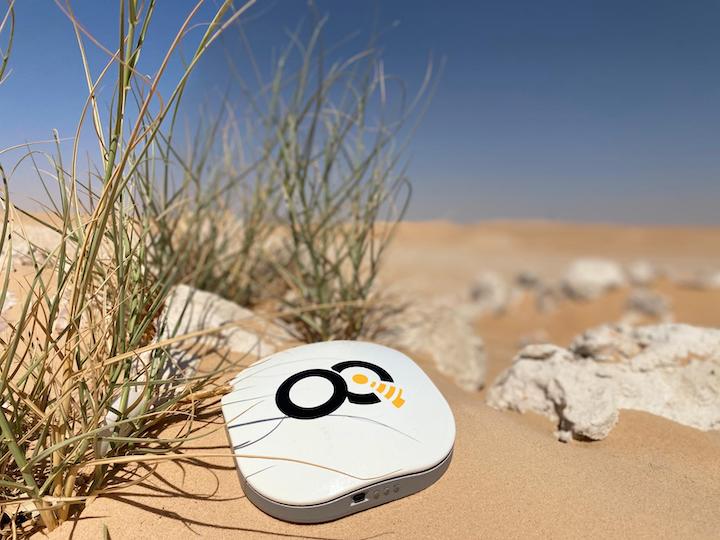 CEO and Founder Omar Qaise told Via Satellite the company’s IoT technology is geared toward enterprise use and specialized for the oil and gas industry. Aramco is the largest oil and gas company in the world, and Qaise sees a large opportunity to serve the sector.

“We offer satellite Internet of Things for enterprise customers, not consumers. We’re very specialized. We give a lot of emphasis on private networks and high security,” Qaise said. “5G offers a certain level of security, which is good for enterprise companies. In oil and gas, security is a very big thing, for example, monitoring of wellheads, tracking assets, monitoring pipelines against leaks and vandalism, and the same with offshore rigs.”

The company’s technology follows 3GPP-based cellular standards for narrowband IoT, so customer IoT devices can switch between terrestrial and satellite connectivity. It has two commercial satellites in orbit, which have been used to demonstrate service potential customers, including Fortune 500 companies.

OQ Technology plans to use the funds to further develop its own technology solutions, acquire more spectrum licenses, and grow the constellation. Qaise said the current two satellites offer “very limited service,” but the company hopes to have around seven satellites in orbit by the end of next year which will provide revenue-generating service.

The company is highly focused on enterprise customers and although it has interest from close to 1,000 potential customers, it plans to roll out a pilot program for around 100 customers.

Also with the funding round, OQ Technology recently set up two new global subsidiaries, one in Athens, Greece and the other in Al Khobar, Saudi Arabia. The Saudi subsidiary will host a satellite 5G network center as a data and network operations center for 5G satellite services in the Middle East. OQ Technology will use the subsidiary to engage with oil and gas companies in the region.

The company is based in Luxembourg and also has subsidiaries in Dubai and Rwanda. Qaise said the new Athens subsidiary can be a jumping off point to expand service to Eastern Europe and Asia. The company does not operate in the U.S. but has demonstrated technology for international operations of U.S.-based companies.

Qaise sees OQ Technology establishing itself in the machine-to-machine communications part of the 5G ecosystem, and sees the market as a “greenfield” opportunity.

“AST Mobile and Lynk are looking to connect into mobile phones. SpaceX now is going in that direction. This is the future. We are building an infrastructure to solidify our position toward narrowband 5G communication,” Qaise said. “5G has three services — broadband, machine communication, and ultra low-latency communication. We are focused more on machine communication. I think that would be very beneficial both to customers, and also to other satellite operators who want to work with us.”