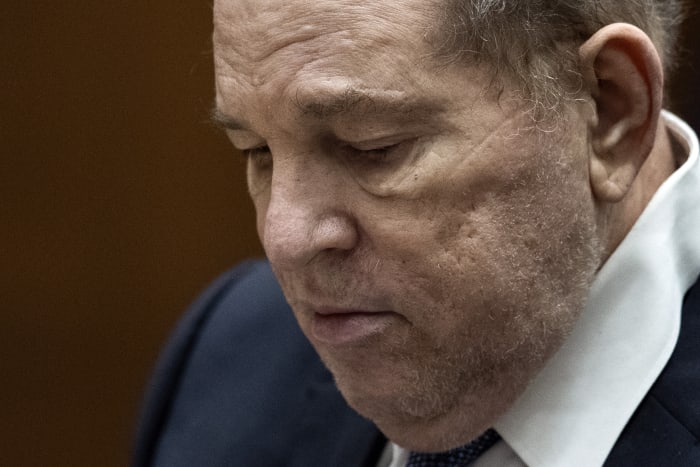 Weinstein and lawyers for both sides are headed to the courtroom, where the verdict will be read.

Jurors got the case Dec. 2 and deliberated for nine days over a span of more than two weeks. After a monthlong trial, they had to make decisions on two rape counts and five other sexual assault counts against the 70-year-old former movie mogul.

The allegations involved four women and dated from 2005 to 2013.

If convicted on all counts, Weinstein could get a sentence of 60 years to life in prison.

Whatever the result, he won’t be walking free. He still has more than 20 years left on a New York prison sentence after a rape and sexual assault conviction there.

Prosecutors urged jurors to believe the accounts of the four women, each of whom gave dramatic and emotional testimony about the allegations.

Weinstein’s attorneys emphasized the shortage of physical evidence in the case, and asked jurors to set aside the emotional impact of the testimony to focus on the changes several of the women’s stories had gone through in their conversations with authorities.

Weinstein pleaded not guilty and denied engaging in any non-consensual sex.

The trial came just after the fifth anniversary of the blockbuster stories about Weinstein that made him a lightning rod for the #MeToo movement.

For more on the Harvey Weinstein trial, visit: https://apnews.com/hub/harvey-weinstein

Copyright 2022 The Associated Press. All rights reserved. This material may not be published, broadcast, rewritten or redistributed without permission.