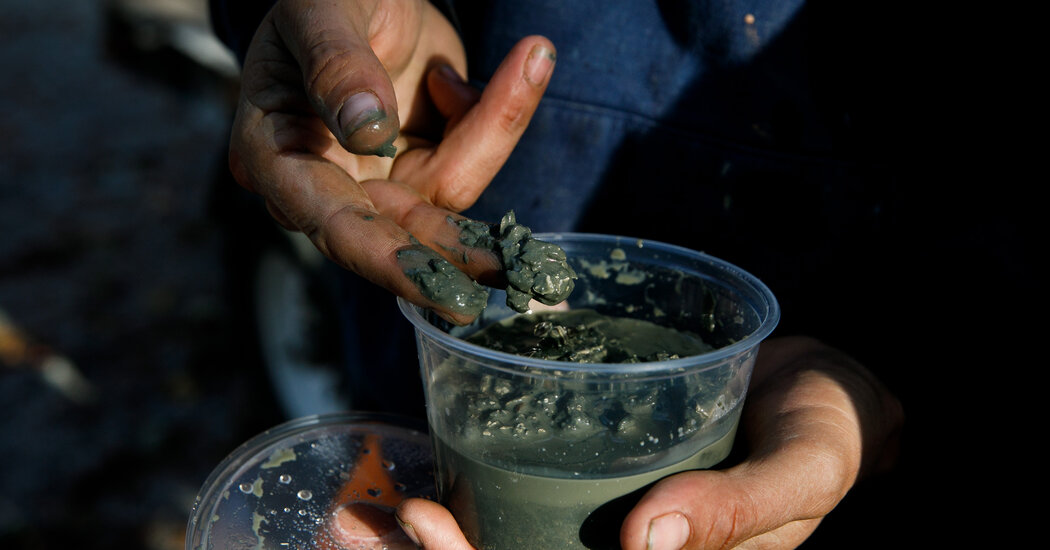 Virginia doesn’t have a megadrought like some parts of the United States, but it has water problems all the same: Homes and businesses in the Hampton Roads region, in the southeastern corner of the state, are drawing groundwater faster than it can be replenished. The situation has gotten so bad that the earth is sinking in some places.

Officials, though, think they might have found a solution in the sewers. Every day, the region’s sanitation system takes a million gallons of treated wastewater and pumps it back into the Potomac Aquifer, a major source of drinking water for the area. And there are plans to increase that to 100 million gallons in the coming years.

Around the country, cities and towns are increasingly turning to treated wastewater to augment their supplies of drinking water. The number of drinking-water reuse projects has quadrupled over the past two decades, according to data collected by the National Alliance for Water Innovation, a research program funded by the United States Department of Energy.

“It is now necessary for us to consider options that would, in previous generations, be considered unthinkable,” said Michael Kiparsky, director of the Wheeler Water Institute at the University of California, Berkeley.

In the case of coastal Virginia, the goal is to stabilize groundwater to address two increasingly urgent problems. First, underground water depletion has led the ground to slowly sink and collapse in some places.

Homes and industries in the area draw around 155 million gallons of groundwater each day. Natural replenishment is much slower in confined aquifers like the Potomac, where layers of impermeable clays and rocks beneath the surface make it hard for rainwater to seep back into the ground.

Even if people stopped drawing groundwater today, it could still take thousands of years for the aquifer to refill, said Mark Bennett, who runs the Virginia and West Virginia Water Science Center for the United States Geological Survey.

Meanwhile, without enough water to help support the ground, underlying sediments fall in on themselves and the surface collapses.

The second big problem is that, as more and more freshwater gets pumped out, the loss of pressure has left the aquifer vulnerable to saltwater contamination as denser seawater encroaches underground.

A more extreme monsoon. South Asia’s annual monsoon is inextricably linked, culturally and economically, to much of Asia, bringing life-giving water to nearly one-quarter of the world’s population. But climate change is making the monsoon more erratic, less dependable and even dangerous, with more violent rainfall as well as worsening dry spells.

Wildfire smoke pollution. Smoke from wildfires has worsened over the past decade, potentially reversing decades of improvements in Western air quality made under the Clean Air Act, according to new research. Some areas in the Western United States had increases in particulate pollution from smoke that were about the same amount as the improvements in air quality from regulating factories and other sources of pollution.

Relinquishing a fortune. Yvon Chouinard, the founder of the outdoor apparel maker Patagonia, transferred ownership of his company to a trust and an organization devoted to fighting climate change. The move comes at a moment of growing scrutiny for billionaires whose rhetoric about making the world a better place often don’t match reality.

In low-lying coastal areas like Hampton Roads, climate change exacerbates that problem. That’s because as temperatures rise, ocean water expands in volume, causing sea levels to rise. And, glaciers on land melt at a faster rate, adding even more water to the oceans.

That all leads to increased flood risk and helps saltwater intrude into freshwater sources.

A number of cities in the Hampton Roads region, like Virginia Beach and Norfolk, are less than 10 feet above sea level on average. Sea levels have already risen nearly 18 inches in the region in the past century, according to data from the National Oceanic and Atmospheric Administration.

In response to the growing threats, the Hampton Roads Sanitation District, which manages wastewater in the region, began taking a more direct approach to groundwater replenishment in 2018 with a project called the Sustainable Water Initiative for Tomorrow, or SWIFT.

Although other water authorities around the country, like the Orange County Water District in California, have injected treated wastewater into underground aquifers to serve as barriers against seawater intrusion, the project was the first effort to do so in Virginia.

In fact, the state had no regulatory framework in place to oversee the underground injection of water. So, the sanitation district had to push for legislation to create oversight — an unusual situation, Dr. Kiparsky said, because you rarely see water districts asking for more regulation.

Today, the district’s sewage systems capture wastewater and send it through wastewater treatment plants to remove nutrients and bacteria.

Then, each day at the SWIFT research center in Suffolk, Va., a million gallons of that water goes through additional treatment that disinfects, filters out harmful contaminants and pathogens, and brings the water up to drinking quality. The advanced treatment plant also adjusts things like acidity and dissolved oxygen levels so the water is appropriate for the aquifer.

It is essentially a “tricked-out drinking water plant,” said Charles Bott, the district’s director of water technology and research.

The treated water goes into the Potomac Aquifer via a recharge well 12 inches in diameter that releases it at intermittent levels between 500 and 1,400 feet below the surface. The aquifer acts as an environmental buffer, essentially providing another level of treatment as the water filters slowly through the soils, a process that can remove some pathogens and micropollutants.

By 2032, the district expects to treat and pump up to 100 million gallons of wastewater each day into the aquifer that would otherwise be released into the Elizabeth, James or York rivers. In addition to shoring up the aquifer, the project should also, when fully implemented, eliminate about 90 percent of the district’s wastewater discharge.

Turning wastewater into drinkable water is expensive. The next full-scale SWIFT plant, which will treat up to 16 million gallons of wastewater a day, is expected to cost upward of $650 million, funded in part by customer fees and loans from the Environmental Protection Agency. That does not include maintenance and day-to-day operation, which will cost an estimated $7.2 million a year.

But the sanitation district has calculated that putting wastewater through more intense treatment will help it get ahead on the costs of complying with increasingly stringent rules regulating pollution from the hundreds of treatment plants that regularly discharge wastewater into the Chesapeake Bay.

Planners expect the rules, which are mainly focused on excess nutrients that can harm marine life, to become more strict over time, said Jamie Mitchell, the Hampton Roads district’s chief of technical services. It wouldn’t be cost effective to make incremental upgrades “every five or 10 years to address new regulations,” she said.

So far, the system appears to be “a win-win-win situation,” said Dr. Kiparsky, because it addressed a range of issues: Land subsidence and saltwater intrusion, nutrient pollution in the Chesapeake Bay and growing costs for the district.

Even though the project is still in the early stages, researchers at the United States Geological Survey have already noted slight improvements in the aquifer.

Not long ago, such an idea would probably have been dismissed as too expensive and too unpleasant. Efforts in the 1990s to develop water reuse in San Diego and Los Angeles, for instance, were beaten back by activists who denounced what they called a “toilet to tap” system.

Today, the growing acceptance of wastewater reuse projects reflects a calculus that local governments increasingly have to consider as they confront pressures on water supply from climate change and population growth — even in the regions that don’t face prolonged drought.

There are similar projects in California and other drought-stricken states like Texas that, in some cases, impose mandatory water restrictions on homes and businesses to cut down on consumption. Some of them even directly route treated wastewater for use as drinking water, without an environmental buffer like an aquifer.

One of the big advantages of wastewater, Dr. Kiparsky noted, is that there’s always a reliable supply. He said using it to recharge aquifers was a complex but effective way of accomplishing a basic goal: returning water to where it came from.

“It’s closing the loop on the urban water cycle,” he said.