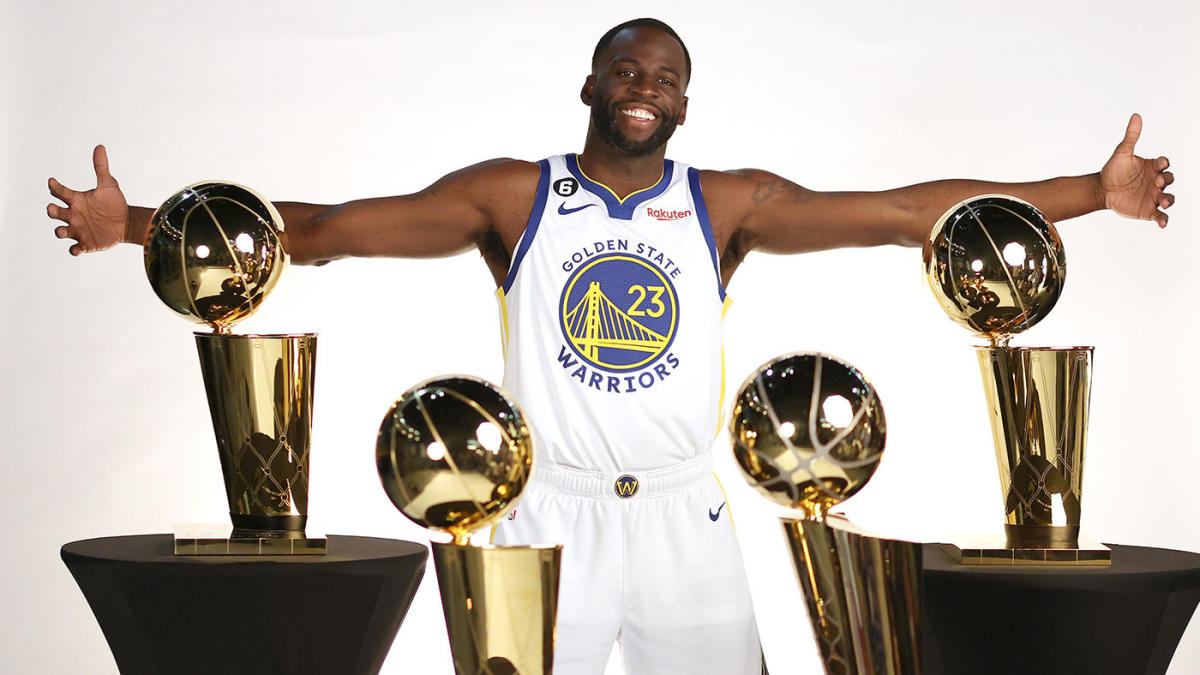 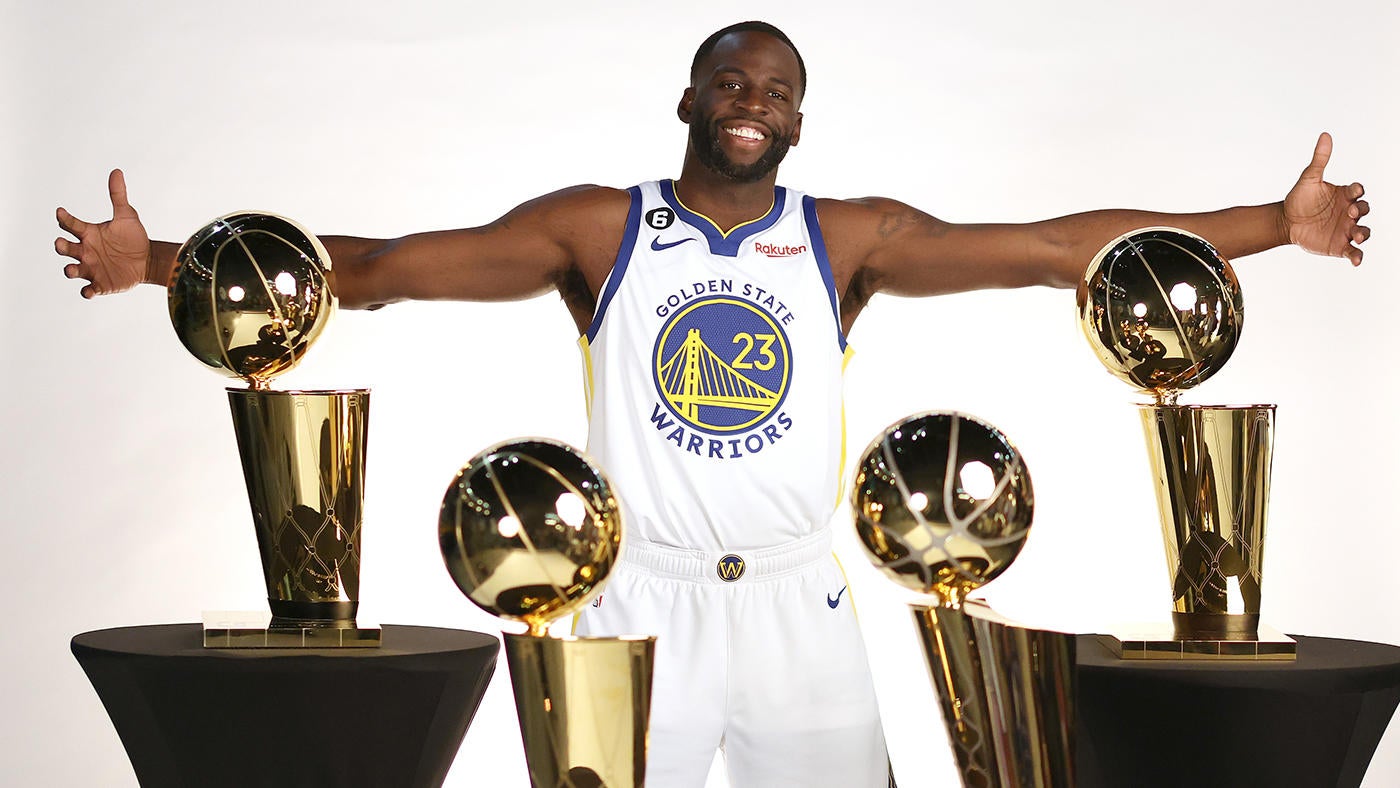 For each of the opening two practices, the starting unit that’s become familiar to anyone who watched last spring’s playoffs — Stephen Curry, Klay Thompson, Andrew Wiggins, Draymond Green and Kevon Looney — have gone against the reserve unit during every scrimmage.

“It’s supposed to be like that,” Curry said of the lopsided practices. “We know what we’re doing. We have good chemistry. We’re just coming off playing in the Finals three months ago, and also setting the tone of what it means to play for this team, the way that we do.”

Warriors first-round pick Patrick Baldwin Jr. said that the stars he watched on TV growing up have been “as good as advertised” in his first action against them. The vets have been “dominating,” according to fellow rookie Ryan Rollins. It would have been excusable for the Warriors to come in with a bit of a championship hangover, especially after an offseason that was about three months shorter than teams that missed the playoffs. Add in the emotional nature of June’s title — which many members of the organization, players included, called the most meaningful of any of their four in the past eight seasons — and a lackadaisical grace period in the first few days of camp would have been more than warranted.

But the Warriors have a secret weapon — one they’ve cultivated for the better part of the last decade and allows them to hold each other accountable for anything less than full concentration and effort.

In the so-called “player empowerment era,” stars changing teams has become more the norm than the exception. Head coaches’ seats become scalding hot before they have a chance to fix whatever’s off-kilter. And, as we’ve recently seen in unique situations with the Phoenix Suns and Boston Celtics, team success far from precludes franchises from major changes from year to year.

“I think organizational stability is a huge factor in pro sports, but I think especially in the NBA, especially today because of the player movement,” Warriors head coach Steve Kerr said. “We have a really stable, solid organization, a very successful one. We have worked together well. And when you throw all that together with this talented core, there’s kind of a lot of institutional knowledge that allows you to kind of push forward quicker than if everybody is brand new. … We really look at that as one of our advantages.”

If, say, Curry was feeling himself a little bit over the offseason and came into camp in less-than-stellar form, he knows he’s going to hear about it from Draymond. The same’s true if the roles are reversed, and that goes for the entire core that once again includes veteran sage Andre Iguodala, who recently did his best Jordan Belfort impression by pledging to come back for one more season.

While star players in some organizations spend the first few days trying figure out the names of their new teammates, the Warriors’ vets look around and see family — brothers who have been to the crest of the mountain and the trough of the valley together. How can you not give your all when you’re doing it for people with whom you share a genuine bond?

“It inspires us to keep writing our legacy, keep going hard every day, because there’s been a lot of great dynasties in the basketball world, and we want to be a part of that fraternity. It’s just very special,” Thompson said on Media Day. “We know it’s rare in pro sports, but to have that type of continuity, I mean, we don’t take [it] for granted, and we all work very hard and all lead by example.”

Another reason that the Warriors might have a little more energy heading into this season’s title defense is the uncertain future looming on the horizon. Jordan Poole’s extension could be taken care of soon, but Green, who has one year left on his contract and a player option for 2023-24, said on Media Day that he doesn’t expect that he and the Warriors will reach terms on an extension before the season — which means that, theoretically, he could be playing his last games in a Golden State uniform.

Same goes for Wiggins, whose $33.6 million salary — once viewed as an albatross and now looks like a bargain — comes off the books next summer if he and the Warriors don’t reach common ground before then.

Joe Lacob and the ownership group have been willing to go into the tax to retain talent, but everyone has limits. They passed on re-signing key championship fixtures Gary Payton II and Otto Porter Jr. this summer because the price tag got too high.

“A good organization is going to have those talks,” Curry said on Media Day. “Especially with me, Andre, Draymond, we have those conversations, knowing that every decision is meaningful in terms of us putting the best team together and keeping things moving in terms of being championship contenders every single year. So you want that to be the spirit of how decisions are made and, you know, we want the best chance to win every single year. And we’re proving with this squad, that’s what the results have been. So we want to keep that together for as long as we can. That’s the goal.”

These guys have all been around the league too long to assume certainty in any area, but especially when it comes to winning titles. When Kevin Durant, Russell Westbrook and James Harden led the Oklahoma City Thunder to the 2012 Finals, many assumed it would be their first of many. The team that beat them, the Miami Heat, won two titles in four years, but that felt like a disappointment after a certain member of the team predicted not five, not six, not seven — then that same player decided to take his talents back to Cleveland.

Beyond potential free agency, the Warriors saw how quickly fortunes can swing when Thompson went down with successive season-ending injuries. There’s been an infusion of youth over the past couple of years, but Green, Curry and Thompson are all in their early-to-mid-30s. This team has continually defied convention, yet history says one or more of them will start to decline soon.

That’s why they don’t assume this continuity that they’ve worked so hard to build will last, and why they’re going into this season as hungry as they’ve ever been despite, once again, reigning as NBA royalty.

“Quite frankly, for us, this group, you don’t know how many opportunities you have left to do it again,” Green said on Media Day. “And so because of that, you have to take advantage of the ones that you do know that you have. And for us, the ones that we know for certain that we have is this year. You want to perform as good as you possibly can. You want to make the most out of the year. And obviously the most that you can do is win a championship, and that’s our focus and that’s our goal.”