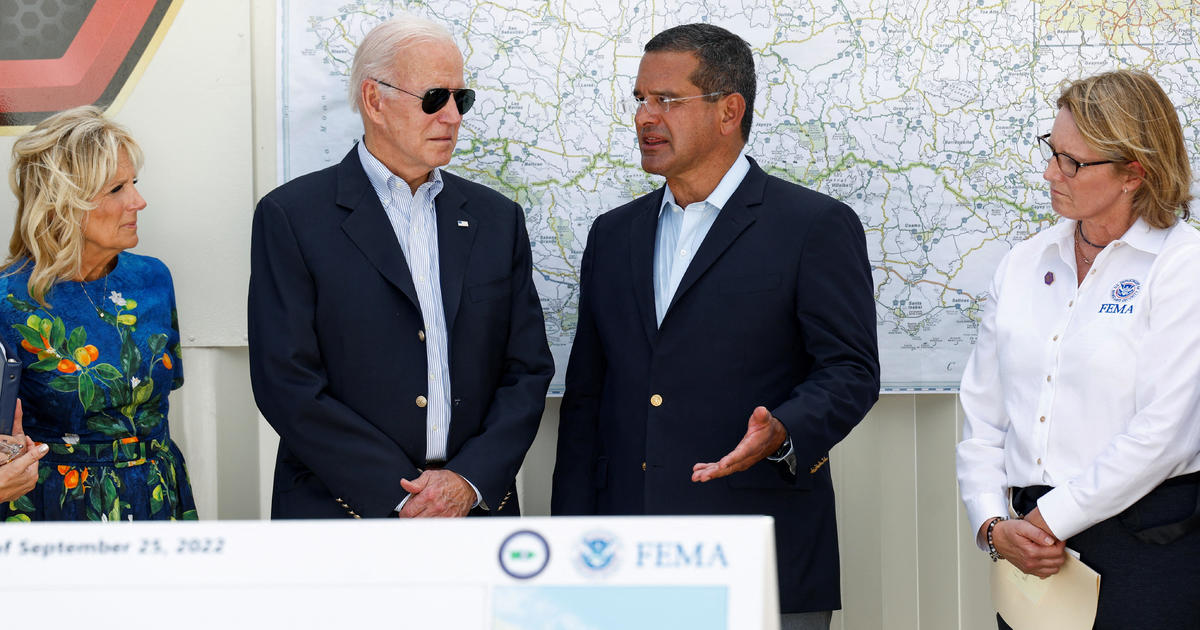 President Joe Biden is in Puerto Rico on Monday to survey damage from Hurricane Fiona, which hit the island as a Category 1 storm on Sept. 18, causing widespread power outages and leaving large parts of the island without water.

According to Puerto Rico Department of Health, there have been 13 confirmed deaths on the island attributed to the storm. Mr. Biden received a briefing before delivering remarks Monday afternoon in Ponce, Puerto Rico. Puerto Rico’s governor, Pedro Pierluisi, said Puerto Ricans deserve to be treated like all other Americans in times of crisis.

“In short, my asks to you, Mr. President, are straightforward,” the governor said. “We want to be treated in the same way as our fellow Americans in the states in times of need. All American citizens, regardless of where they live in the United States, should receive the same support from the federal government. We are confident that the president will heed our call for equal treatment, because that is consistent with his priorities and his policies.”

The president said Puerto Rico has been through so much in just a few years, from hurricanes to the pandemic.

“You have had to bear so much and more than need be, and you haven’t gotten the help in a timely way,” Mr. Biden lamented in his speech. “And this latest storm dealt a serious blow to all, all the hard work that has been done since Maria.”

The president described everything the federal government has done and is doing to help Puerto Ricans in the wake of Fiona, from search and rescue efforts to energy restoration.

“Still, we have to do more. We have to ensure that when the next hurricane strikes, Puerto Rico is ready,” Mr. Biden said, announcing $60 million from the bipartisan infrastructure law to improve the island’s storm resistance.

That $60 million will address shoring up levees and strengthening flood walls, among other things.

“We are not leaving here, as long as I’m president, until everything, I mean this sincerely, until every single thing that we can do is done,” Mr. Biden said to close out his remarks.

The president is also expected to visit a school to meet with families, community leaders, and federal and local officials who are working to help the island rebuild. He’ll return to the White House on Monday night.

“I’m heading to Puerto Rico because they haven’t been taken very good care of,” Mr. Biden told reporters just before he left the White House for the island. “They’ve been trying like hell to catch up from the last hurricane. I want to see the state of affairs today and make sure we push everything we can.”

FEMA administrator Deanne Criswell, who recently has been on the ground in Florida to assist with recovery efforts from Hurricane Ian, and first lady Jill Biden joined Mr. Biden.

Mr. Biden is also planning to travel to Florida on Wednesday to assess damage from Hurricane Ian, which hit the western coast of the state last week as a powerful Category 4 storm. As of Monday, the official Florida statewide death count from Ian stood at 58 but CBS News has contacted local sheriffs and with their records the toll rides at least 82 deaths —  directly or in part —  due to the hurricane.

Sara Cook and Kristin Brown contributed to this report.