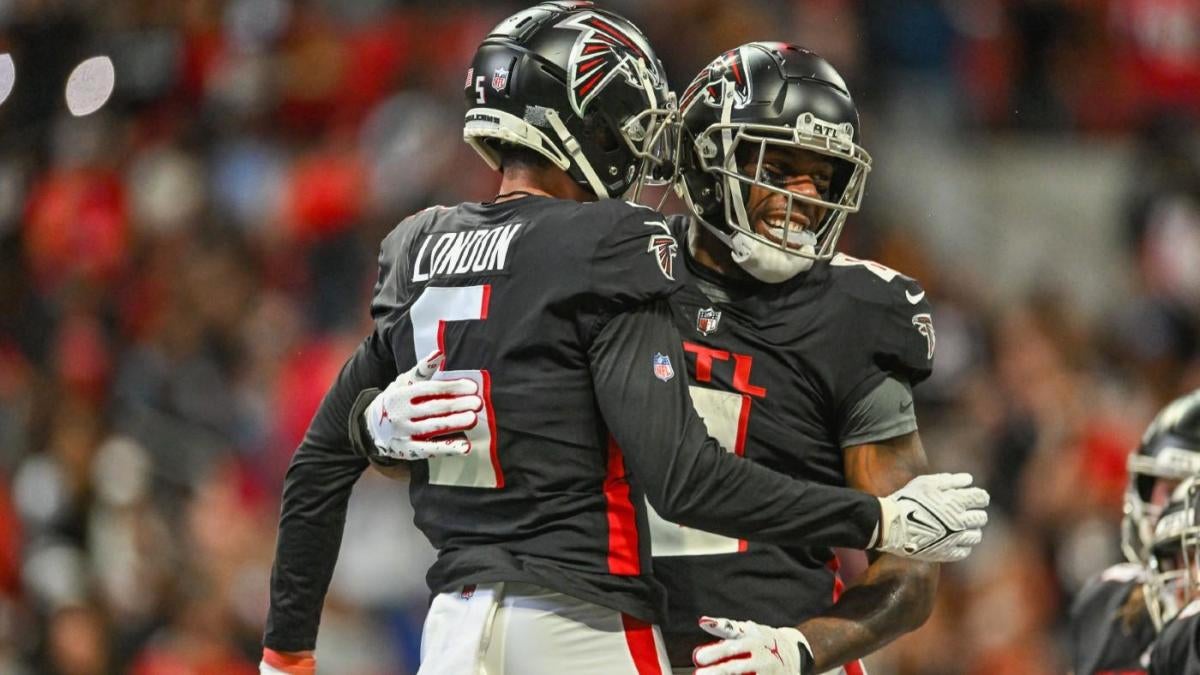 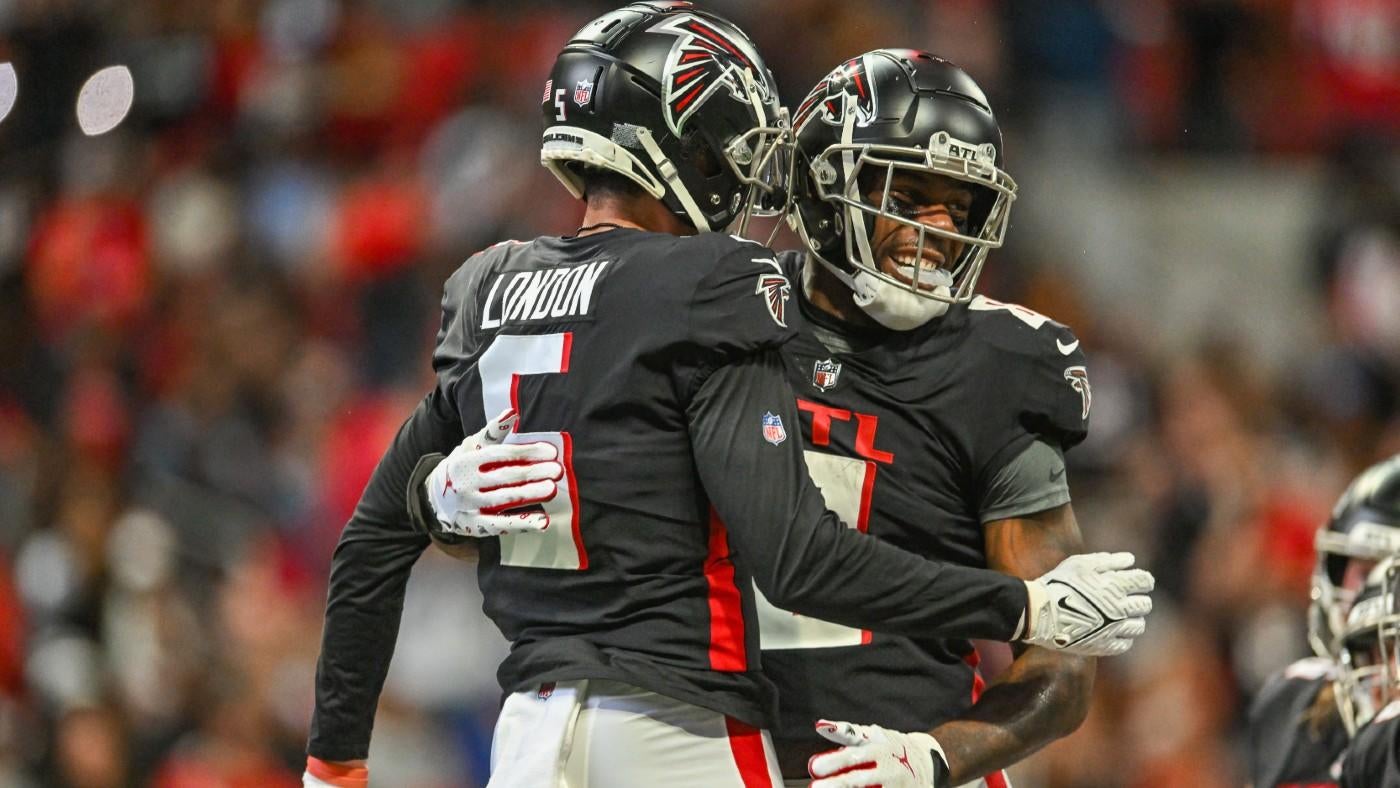 The NFL is nearing its midway point of the season, with playoff races heating up as October comes to a close. The Philadelphia Eagles are the lone unbeaten and appear to be in control of the NFC East, yet they are not the surprise of the conference.

The Seattle Seahawks lead the NFC West and the Atlanta Falcons are in first place in the NFC South. They were supposed to be two of the worst teams in the league. The AFC is starting to have separation in its divisions, while the NFC division races remain as wide open as they’ve been all season — unless it’s the Eagles or Minnesota Vikings.

With the Sunday slate of Week 8 in the books, these are the overreactions around the league — and whether they are deserved or need a reality check.

The Falcons are the best team in the NFC South

Granted it’s the NFC South, but some team has to win this division. Why not the Falcons? Atlanta is a surprising 4-4 and the division leaders after an overtime victory against the Carolina Panthers (who would have been in first in the division with a win).

The Falcons have rushed for 150-plus yards in six of their eight games, and Arthur Smith is getting the most out of a team that has a lot of deficiencies. Until the tampa Bay Buccaneers get things together (if they do), why not Atlanta?

The Seahawks are the best team in the NFC West

Seattle deserves to be in this conversation after a convincing victory over the New York Giants, but the Seahawks will have a much tougher challenge in this division. The San Francisco 49ers are figuring things out with Christian McCaffrey and the team is getting healthier.

Geno Smith isn’t slowing down and rookie Kenneth Walker is going to be a force the rest of the year. The Seahawks aren’t going anywhere in the NFC playoff race, yet they have a major challenger for the division in the 49ers.

McCaffrey made his presence felt in Kyle Shanahan’s offense, just 10 days after he was traded to the 49ers. In just his second game with the 49ers, McCaffrey had a passing touchdown, rushing touchdown, and receiving touchdown — the first running back to accomplish that feat since LaDainian Tomlinson in 2005.

The 49ers put up 368 yards of offense in a dominating win over the Rams, as McCaffrey had 183 yards of offense (34 passing, 94 rushing, 55 receiving). This was without Deebo Samuel in the lineup.

McCaffrey is such a mismatch for opposing defenses, especially with Samuel, Brandon Aiyuk, and George Kittle around. San Francisco truly is the team to beat in the NFC West.

The Eagles will win at least their first 10 games

Philadelphia is off to a 7-0 start, the best start for the franchise since 2004 — when the Eagles went to the Super Bowl. The question is when will this team lose?

The Eagles dominated the Pittsburgh Steelers on Sunday, compiling 401 total yards as Jalen Hurts threw a career-high four touchdowns (and A.J. Brown caught three of them). The defense forced two Kenny Pickett turnovers and have a commanding plus-14 turnover margin. The unit has allowed just 13.8 points per game since Week 1.

The next three games? at Houston, vs. Washington, at Indianapolis. Good chance the Eagles get to 10-0.

Josh McDaniels shouldn’t get a second season in Las Vegas

The Las Vegas Raiders are a mess, with the latest atrocity being shut out by a New Orleans Saints team that has issues of its own. Apparently, the Raiders are the only team that didn’t have a game plan to contain Alvin Kamara — as he scored three touchdowns and had 158 yards of offense.

A team with Derek Carr and Davante Adams couldn’t score a single point. Josh Jacobs only had 10 carries as the offense finished with just 183 total yards.

The Raiders are 2-5 after making the playoffs with interim coach Rich Bisaccia last season. Vegas should have kept Bisaccia.

Washington pulled off an improbable comeback against Indianapolis in the final minutes, thanks to Terry McLaurin beating Stephon Gilmore on a jump ball with 26 seconds left that set up Heinicke’s touchdown run. Heinicke is leading the comebacks for this franchise Carson Wentz failed to do in his short stint as starter, as Washington has won three straight games to get to 4-4.

Is Washington a playoff team with Heinicke? There’s work to be done and the next two games are against the Vikings and Eagles. Washington pulled off a win despite being down nine points late in the fourth quarter.

Washington is tied with San Francisco for the final playoff spot. The Commanders are in the mix with Heinicke, but not a playoff team yet.

This should be the case in Dallas, as Pollard had 14 carries for 131 yards and three touchdowns — averaging an incredible 9.4 yards per carry. The Cowboys scored a season-high 49 points on the back of Pollard, the difference-maker at running back Ezekiel Elliott once was.

Dallas is a better team with Pollard getting the higher amount of carries, yet Jerry Jones will continue to trot Elliott out there because of his contract. Pollard and Elliott are a great 1-2 combination, but Pollard should be getting the bulk of the carries.

The Buffalo Bills are the best team in the AFC East. They have a serious contender for the division title in the Miami Dolphins when Tagovailoa is playing. Miami has yet to lose a game that Tagovailoa starts and finishes, including beating Buffalo in Week 3.

Are the Bills better? Yes, but take this into account.

Tagovailoa has completed 70% of his passes, leading the league in yards per attempt (9.0) and passer rating (112.7) with 13 touchdowns to three interceptions. The Dolphins are one of the best teams in the AFC when Tagovailoa plays. They are a threat to win this division.

If Denver lost to Jacksonville, there’s a good chance the head coach wouldn’t be leading the team after the bye week. Wilson bailed Hackett out on the Broncos’ final drive with a 47-yard pass to KJ Hamler and a 10-yard run on third-and-5 to get the Broncos into the red zone and set up the team on the winning drive.

Denver’s offense is still poor, but Wilson showed progress in the deep passing game and the Broncos actually had a balanced rushing attack. A comeback victory certainly helped.

Hackett will lead this team after the bye week, as Denver’s season isn’t over yet.

The Cardinals lost their shot at the NFC West

Playing with fire all season, the Cardinals needed to keep pace in the division with a win against the Minnesota Vikings. Instead, Arizona lost and Seattle and San Francisco won.

Another slow start (67 yards on three possessions on three points) doomed Arizona, which dropped to 3-5 and last place in the NFC West. The Seahawks are 5-3 and the 49ers are 4-4 — and the Cardinals have already lost to Seattle.

There’s plenty of football left, but Seattle and San Francisco are the class of the division. The Cardinals failed to keep pace Sunday.

Wilson is 4-1 as the starting quarterback, but hasn’t looked good in the majority of his games this year. The New York Jets quarterback threw three interceptions, including two head-scratchers that were inexcusable for a second-year quarterback.

Wilson threw for 355 yards, but the turnovers are a problem. He has thrown three touchdowns to five interceptions with a 71.0 passer rating in his five starts, as the Jets are winning in spite of him — not because of him.

Wilson deserves more time to develop, but his job needs to be under surveillance. The Jets have a shot at the playoffs, but Wilson’s play may keep them out of the tournament.

Willis is a threat to score with his legs, but he wasn’t the reason Henry had 32 carries for 219 yards and two touchdowns against the Houston Texans. The Tennessee Titans were one-dimensional with Willis at quarterback, as he only attempted 10 passes on an afternoon where Henry dominated on the ground.

Henry has rushed for 200 yards against the Texans in each of his last four games. He has real estate in Houston at this rate.

Willis is a work in progress. Henry’s dominance of the Texas wasn’t a result of him.