What COVID has revealed about our kids’ mental health 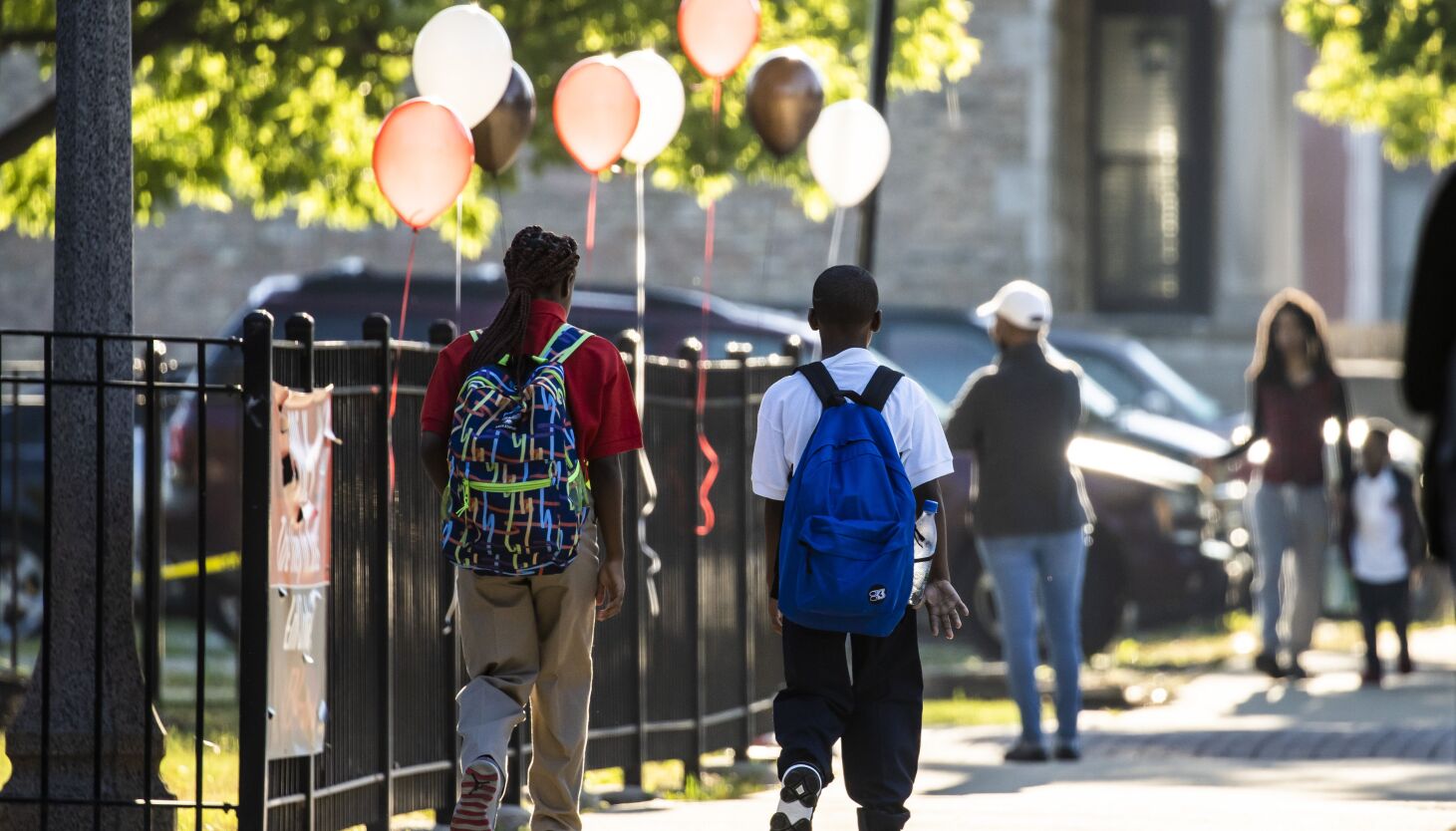 This past week marked the first day of school in our neighborhood. I’m a sucker for the family tableau — a kid with her new backpack, mom and dad with cameras at the ready as the bus pulls up.

It’s alarming to consider how likely it is that by the time that smiling child reaches high school, she will be anxious, depressed or cutting herself. According to the surgeon general, 19% of high school students seriously consider suicide. Nor is it just musing. Between 2007 and 2018, suicide rates among young people between 10 and 24 increased by 57%.

As Jonathan Haidt and Greg Lukianoff have explored, the wide adoption of smartphones in 2012 marked a sudden and dramatic change in adolescent well-being. Kids, especially girls, became more anxious, depressed and fragile.

Children and teenagers were spending hours each day on their phones before COVID, with effects that worried a number of observers. Jean Twenge of San Francisco State University analyzed findings from nationwide surveys of high schoolers dating back to 1976 and found that kids are not socializing face-to-face as much as they used to. They attend fewer parties, spend less time hanging out in person with their friends and even date less than did kids in earlier decades.

To be sure, teenagers being on their own had some undeniable benefits. Rates of teen pregnancy dropped in the past two decades, as did drug experimentation and alcohol abuse. But rates of unhappiness rose sharply.

The addition of COVID to this already ailing social system was a heavy blow. A 2020 survey sponsored by Chicago Children’s Hospital found that 71% of parents believed the pandemic had taken a toll on their children’s mental health. A national survey of high school students found that nearly a third felt unhappy or depressed much more than usual.

The data on emergency room admissions for mental health crises suggest that something really is changing. ER visits increased 24% in 2020 compared with 2019 for kids between 5 and 11, and 31% for those aged 12 to 17. The trend of kids in crisis is severe enough that the American Academy of Pediatrics, the American Academy of Child and Adolescent Psychiatry and the Children’s Hospital Association issued a joint declaration of a “National Emergency in Child and Adolescent Mental Health” in October 2021. Mental health professionals also note that resources like psychiatric beds and child psychiatrists and psychologists are quite limited, forcing an estimated 80% of kids with serious illness to forgo treatment.

COVID was a respiratory pandemic, but it revealed an underlying illness that is perhaps even more harmful — a loneliness epidemic. The health insurer Cigna published a study finding that 3 in 5 Americans report being lonely and feeling left out, poorly understood, and lacking companionship.

We should be pausing at this post-COVID moment to reflect on some lessons about the way we live now. One of them is that we are spending too damn much time alone. People need face-to-face contact.

We shouldn’t need social science to tell us that humans need companionship, but sometimes our conveniences swamp our better judgment. I cannot imagine living without a smartphone and would never suggest a Luddite response to technology. But we do need to better accommodate our social needs.

We’ve been living in groups for about 300,000 years, and yet we still don’t fully understand the complex role that facial expressions, body language and even smells play in our well-being. Before adopting practices that violate our groupish natures, we ought to think twice.

For adolescents, loneliness is not relieved by social media; in fact, social media makes it worse. A Wall Street Journal report on Facebook’s internal memos revealed that “32% of teen girls said that when they felt bad about their bodies, Instagram made them feel worse,” and “(a)mong teens who reported suicidal thoughts, 13% of British users and 6% of American users traced the desire to kill themselves to Instagram.”

Those are good starts, but we need to be more aware of our social selves and our need for one another. We need to reorganize our lives, and especially our kids’ lives, to be sure they are living IRL and not just online. We want that smiling grade schooler to become a radiant teen.

MonaCharenis policy editor of The Bulwark and host of the “Beg to Differ” podcast.

The Sun-Times welcomes letters to the editor and op-eds. See our guidelines.