What Ron DeSantis *didn’t* say about 2024 is telling 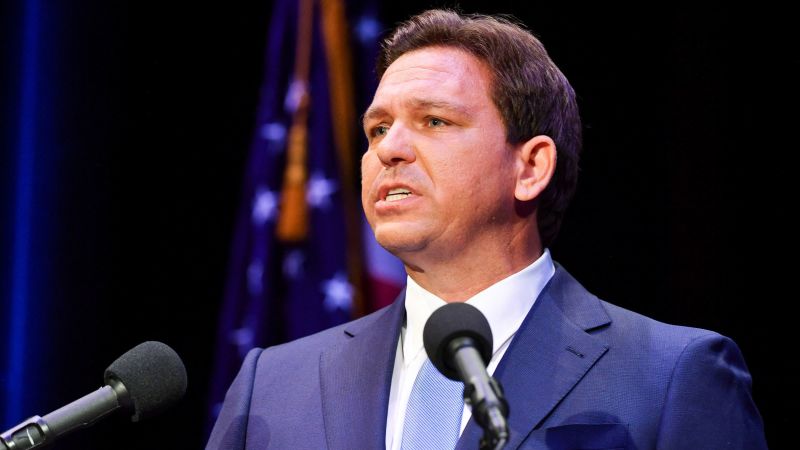 Florida Gov. Ron DeSantis provided the clearest evidence yet that he is considering a run for president during a debate Monday night with Democrat Charlie Crist.

Crist, a former Florida governor, directly challenged DeSantis to say that he would serve out a four-year term if he wins next month. “Why don’t you look in the eyes of the people of the state of Florida and say to them if you’re reelected, you will serve a full four-year term as governor?” Crist said. “Yes or no?”

DeSantis, at first, said nothing. In fact, he said nothing for an extended period of time. (The candidates had not agreed to ask each other questions directly on stage.)

Eventually, when Crist’s speaking time expired, DeSantis shot back with this response: “I know that Charlie’s interested in talking about 2024, in Joe Biden. But I just want to make things very, very clear. The only worn out old donkey I’m looking to put out to pasture is Charlie Crist.”

The exchange was illuminating on several fronts:

1) DeSantis didn’t deny an interest in running for an office other than governor. The simplest thing in the world would have been for him to say simply: “I will serve a full four-year term.” Or something along those lines. He didn’t do it. Why? Because he is thinking about the 2024 presidential race.

2) When DeSantis did finally reply to Crist’s question, it was with a ready-made line that he undoubtedly had prepared for just such a question. Which means he and his team knew that the governor would be pressed on his presidential ambitions and wanted to make sure he had a response on hand for any such question.

DeSantis’ answer – and the purposeful lack of clarity it contained – will only fuel talk that he plans to look hard at a national bid if, as expected, he wins a second term as governor of Florida in November.

Polling suggests that DeSantis is the only Republican, at least currently, who would have any chance of beating former President Donald Trump in a 2024 primary – although even the governor would enter such a race as a clear underdog.

Trump is clearly aware of – and threatened by – DeSantis’ interest in the 2024 race. On Monday, Trump blasted DeSantis for endorsing Colorado Republican Senate nominee Joe O’Dea, who recently told CNN that he did not think Trump should run for president again and that he would “actively” oppose the former President if he did so.

Trump has claimed previously that he “made” DeSantis by endorsing the then-congressman in a 2018 gubernatorial primary and that he did not believe that DeSantis would actually run against him in 2024.

Unlike almost everyone else in the Republican Party, however, DeSantis has avoided bowing at the altar of Trump. The Florida governor has not sought Trump’s endorsement in his reelection campaign and has refused to rule out running for president if Trump is in the 2024 race.

Given all of that context, you can be sure Trump was watching DeSantis’ answer on 2024 Monday night very closely – and can’t be very happy about what DeSantis said (and didn’t say).