What to watch for in Tuesday’s Massachusetts primary 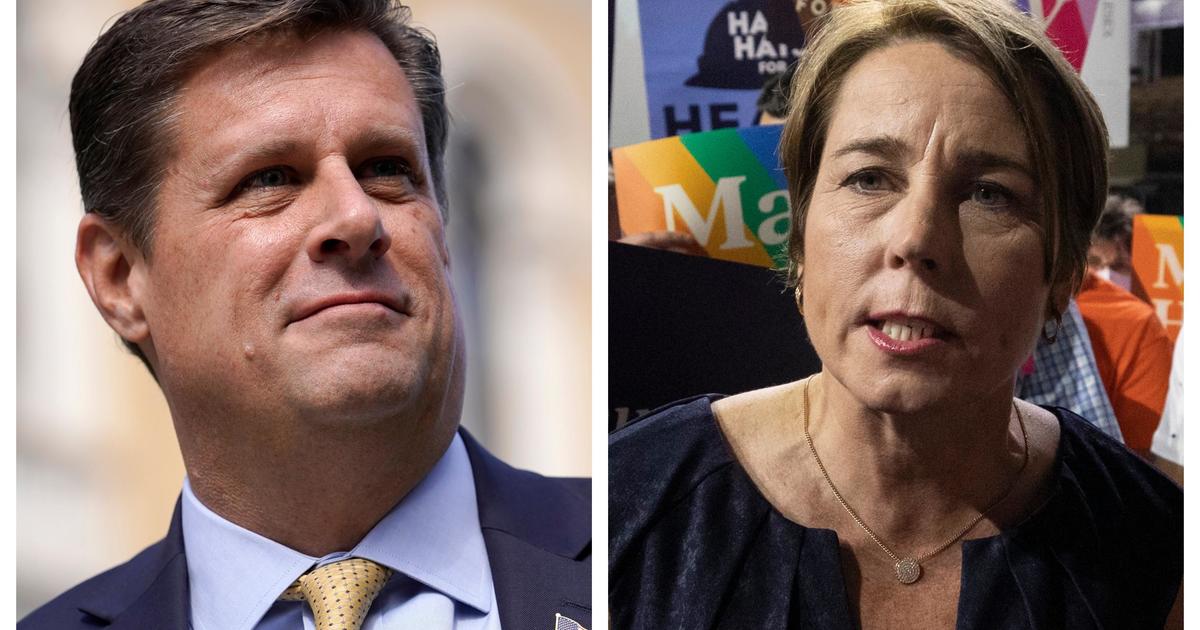 Republicans hoping to hold on to the Massachusetts governor’s office are choosing between a Donald Trump-backed candidate and a more moderate businessman in Tuesday’s primary election.

Massachusetts is just the latest blue state to feature a top-of-the-ticket contest between a conservative candidate endorsed by Trump and a more centrist opponent. In recent primaries in Maryland and Connecticut, GOP voters have opted for the Trump loyalists, potentially worsening their chances of winning a general election.

The winner of Tuesday’s Massachusetts primary will take on Democratic Attorney General Maura Healey in November. If elected, she would be the state’s first openly gay governor and the first woman elected governor of Massachusetts. Republican Jane Swift served as acting governor after Gov. Paul Cellucci stepped down in 2001 to become U.S. ambassador to Canada.

The governor’s office is open this year because popular GOP Gov. Charlie Baker opted against running for a third term.

Former state Rep. Geoff Diehl, who has Trump’s endorsement, is going up against businessman Chris Doughty, a political newcomer, in the Republican primary for governor.

Diehl, who launched a failed campaign for U.S. Senate against Democratic Sen. Elizabeth Warren in 2018, is popular among Republican activists. He won the party’s endorsement with 71% of delegates at the state party convention in May, but he could face a tougher climb in a general election in a state in which Trump won only 32% of votes in 2020.

Diehl has opposed mandates, falsely claimed the 2020 presidential race was rigged, fought against the extension of mail-in voting and said he supports the Supreme Court decision overturning Roe v. Wade.

Trump — a critic of Baker, who publicly refused to vote for Trump in 2016 and 2020 — endorsed Diehl last October, saying in a statement that he is “strong on Crime, Election Integrity, our now under siege Southern Border, loves our Military, and has a big focus on taking care of our Vets.”

Diehl had a phone call with Trump planned for Monday. Doughty has argued he will be more electable in the general election against Healey in the blue state.

Doughty described himself as moderate when he entered the race but has since embraced the label of conservative as he tries to appeal to Republican primary voters. Doughty has said his experience running a manufacturing company gives him the know-how to be a successful chief executive.

He has said he wants to make Massachusetts more affordable for residents and businesses. He has described himself as “pro-life,” but acknowledges the state’s highest court has recognized a right to abortion and said he doesn’t have an interest in changing that.

“How many of those independents decide to participate in the Republican primary?” Murphy said. “For Doughty to have a chance, he has to draw in a lot of those independents, maybe even the ones who would typically vote Democrat to maybe thwart that Trumpian messaging that’s coming from the Republican Party. If a lot of them participate, maybe he can close the gap with Diehl.”

Healey, who’s won two statewide races for attorney general, is running virtually unopposed, with her sole rival dropping out of the race in June, though she remains on the ballot. Healey is hoping to break a political “curse” in Massachusetts, referring to a string of unsuccessful campaigns by attorneys general for governor.

Despite being considered a Democratic stronghold, Massachusetts has a history of electing Republican governors as a check on a Legislature in which Democrats hold overwhelming majorities. Those Republican governors, including Mitt Romney, have typically been fiscally conservative but more socially moderate.

Baker said in December that he opted not to seek reelection so he could focus on helping the state emerge from the pandemic. He credited his administration’s focus on issues over personality as a big reason for his success with voters, which he said stands “apart from a lot of the bipartisan noise that’s created in politics generally these days.”

The election also features several statewide contested Democratic primaries, including for attorney general and secretary of the commonwealth.

The winner will face Republican Jay McMahon, a trial attorney who previously ran against Healey and lost, in November.

If elected, Campbell would be the first Black woman to hold the office in Massachusetts. She’s won the endorsement of several high-profile elected officials, including Healey, Sen. Edward Markey and half the state’s congressional delegation.

In the race for secretary of the commonwealth, Democratic incumbent William Galvin is hoping to win an eighth term in office. He’s fielding a primary challenge from fellow Democrat Tanisha Sullivan, a lawyer and president of the Boston branch of the NAACP. Sullivan would be the first Black person to serve in the post in the state.

None of the state’s nine incumbent Democratic U.S. House members is facing primary challengers. There are two contested Republican primaries, in the 8th and 9th congressional districts.

The Massachusetts primary lands on the day after Labor Day, raising concerns about a potentially low turnout, although early voting began on Aug. 27.

A new state law makes “no excuse” mail-in ballots and early voting permanent fixtures in Massachusetts elections. Many of the voting options included in the new law were implemented during the height of the coronavirus pandemic and proved popular.