What too much technology does to teens | Opinion 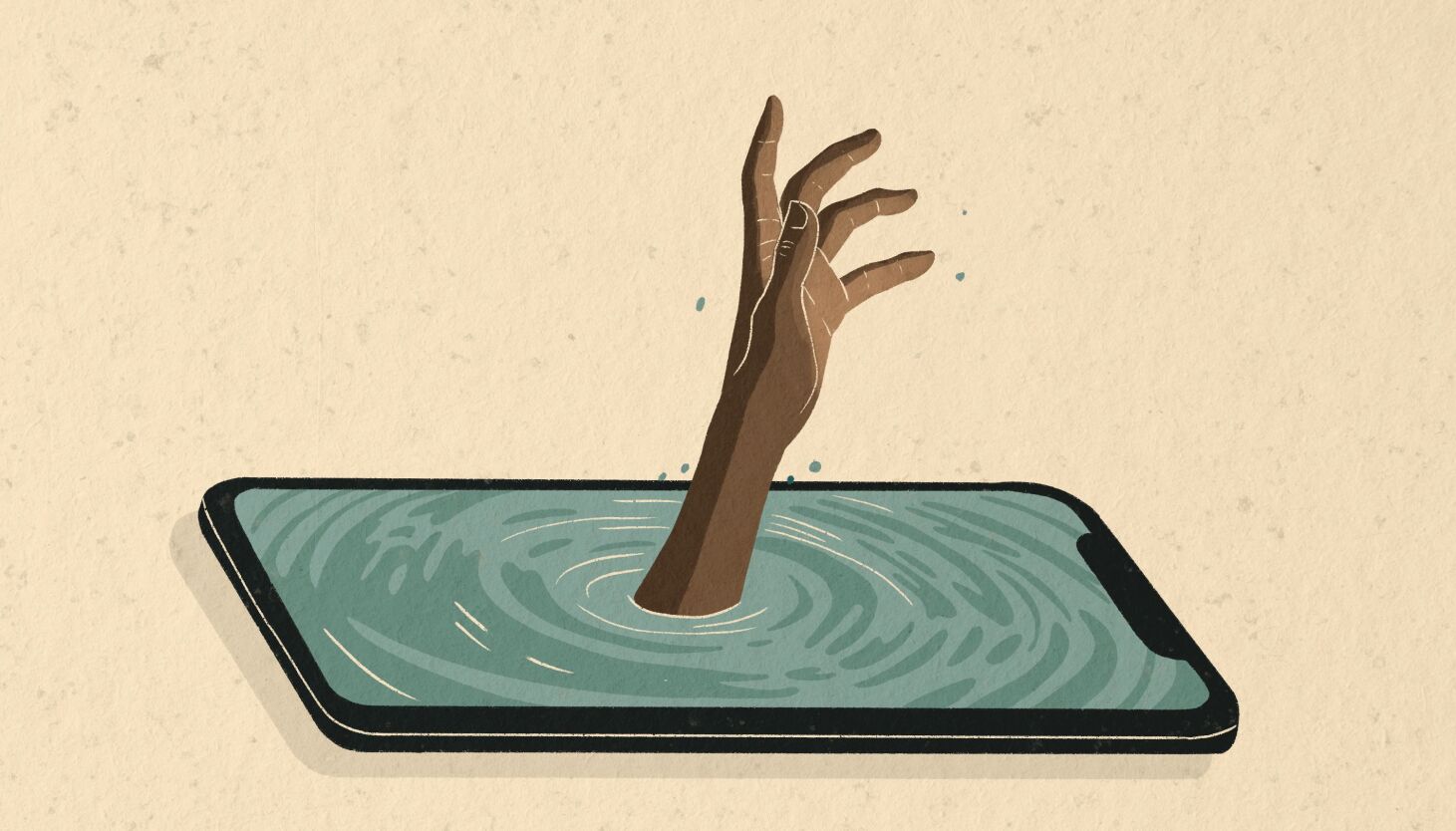 Our teens are in crisis. The share of American high school students reporting “persistent feelings of sadness or hopelessness” has increased to nearly half of youth, according to the Centers for Disease Control and Prevention. That troubling news came on the heels of a report from Harvard’s Human Flourishing Program that the well-being of young adults has dramatically declined compared to older age groups.

A host of factors are driving our kids to despair, from decreased social connection to increased worries about the future of the planet.

But there is no doubt that technology figures heavily in the problems besetting our teens. Current estimates suggest that children ages 8 to 12 spend 51⁄2 hours a day on screens, while teens ages 13 to 18 spend nearly nine hours a day. Parents struggle with what that means for their children, concerned that so much media use may be harmful, but unsure of what to do.

Adolescents themselves are anxious about it. A recent Wheatley Institute study found that over 60% of adolescents thought they spent too much time on social media, and half were concerned about the toll it was taking on their lives.

In her landmark article “Has the Smartphone Destroyed a Generation?” published five years ago in The Atlantic, Jean Twenge touched off a cultural debate when she concluded that surging adolescent depression and anxiety was directly linked to the spike in digital media consumption. In the years since, hundreds of research studies have explored the link between media use and mental health challenges.

Their conclusion? On average, the link between social media use and mental health risks are modest for most kids. Yes, the surging emotional problems of our teens seem to be partly rooted in excessive screen time, but other ambient features of the environment — secularization, loneliness and normlessness, to name three — also help explain why so many kids are struggling.

But there are adolescents for whom the negative effects of digital media use can be profound and significant. These adolescents appear to be especially vulnerable to falling down the teen-tech rabbit hole, ending up depressed and otherwise struggling. They ought to be the center of our attention as we try to address the significant mental health challenges facing youth today.

Who are these at-risk youth? The largest study on social media use to date found that girls between the ages of 11-13 appeared to be especially vulnerable to negative impacts as well as boys ages 14-15. The “culture of performativity” inherent to social media appears to exacerbate the normal insecurities of youth, undermining an already fragile sense of self.

But a new report from the Institute for Family Studies and the Wheatley Institute — “Teens and Tech: What Difference Does Family Structure Make?” — identifies another vulnerable group: those in stepparent and single-parent families. This national survey of 1,600 U.S. 11- to 18-year-olds found that youth in nonintact families spent about two hours a day more on digital media than those living with their married biological parents. Youth living in stepfamilies spent the most time on digital media.

What all of these findings indicate is that youth in nonintact families are spending more time with digital media and experiencing more negative effects from it when they use it a lot.

Part of this is because intact families had more rules around technology use, including not allowing devices in bedrooms or during family meals. They were also more likely to do family activities like playing games, being outdoors or eating dinner without digital distraction. Families with two biological parents who are married may also be more likely to have the resources needed to provide the responsiveness and attention that seem to protect youth from negative effects associated with digital media use.

Youth in nonintact families who are using digital media a lot may also be engaging with it in ways (or for reasons) that are less positive. Research exploring the link between social media use and mental health challenges has specifically found that time using social media does not directly predict negative mental health effects. But how a youth is using social media, including making comparisons with others, affects whether it is linked to depression or lower body image. Youth from nonintact families who are heavy digital media users may be more susceptible to using it to address pain or emptiness in ways that are less healthy.

To be clear, many single parents are heroically doing it all — creating and maintaining rules while also enabling family activities that strengthen connection. But they are often doing it with fewer resources — emotionally and time-wise — and they may have less support for consistent enforcement of rules around tech use. And stepfamilies may have the additional complexity of navigating less clear lines of authority when it comes to establishing clear and consistent limits on teens’ tech use.

Changes in the American family landscape that have left millions of American children living apart from one of their biological parents put them at a disadvantage in many domains of life, including technology. This new report indicates that teens being raised in nontraditional families are struggling not only with elevated levels of tech use but also with greater emotional fallout of spending too much time online.

These families need our support, and it’s important for stepparents and single parents to be aware of their children’s heightened risk for depression and to take all necessary steps to protect them.

Jenet Jacob Erickson is a fellow of the Wheatley Institution at Brigham Young University. Brad Wilcox is a Future of Freedom Fellow at the Institute for Family Studies and a nonresident senior fellow at the American Enterprise Institute.