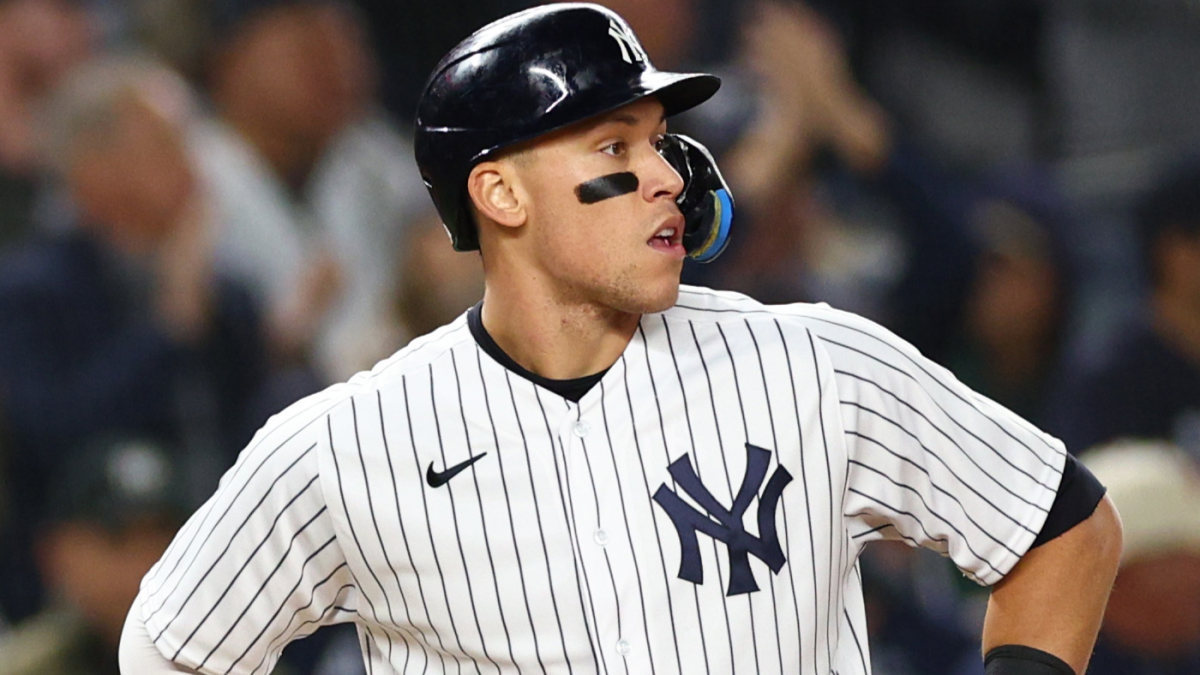 At one point this season the New York Yankees looked like they had a chance to challenge the MLB record of 116 wins. In the end, they were unceremoniously swept by the Houston Astros in the ALCS, a series that exposed the gap between the two teams. Houston sent the Yankees home Sunday night with a 6-5 win. It is the third time in the last six years the Astros have eliminated the Yankees.

Now Judge is weeks away from free agency, Gerrit Cole and Giancarlo Stanton had another year chipped away from whatever’s left of their primes, and others like Josh Donaldson and DJ LeMahieu look less likely to be major contributors for a championship team moving forward. The Yankees are still a very good team — you don’t win 99 games by accident — but it is fair to wonder whether this group’s best days are behind them, and where the next core is coming from.

Here are three pressing questions facing the Yankees as they head into one of their most important offseasons in the last 25-30 years. Maybe even longer than that.

1. Will they keep Judge?

The question is not can the Yankees keep Judge, the 62-homer man. Of course they can. They’re the Yankees and they can match — and beat — any contract offer that comes his way this offseason. To pretend otherwise is folly. All indications are Judge wants to remain a Yankee and the Yankees want to retain Judge, though saying and doing are different things. There is a complex contract negotiation on the way and the Yankees have kept a restrictor plate on their payroll under Hal Steinbrenner.

“There’s a pot of gold there. It’s yet to be determined what the gold — how much it weighs — but it’s a pot of gold, no doubt about it. So good for him. It was already a big pot and, obviously, it’ll be bigger,” GM Brian Cashman told the Associated Press about Judge’s upcoming free agency prior to the ALDS. “He’s put himself in an amazing position to have a lot of choices. And clearly, obviously, we’d like to win the day on that discussion, and that’s obviously for another day. But we said that before the season. We said that many times during the season. If you need to hear it again. I’ll say it again: Yeah, of course we love to have Aaron Judge back as New York Yankee, but that’s all for another day.”

Judge’s record-setting season potentially sets him up for a record-setting contract, though beating out the total guarantee (Mike Trout’s $426.5 million) and average annual value (Max Scherzer’s $43.3 million) records will be difficult because Judge turns 31 soon after Opening Day 2023. That said, his next contract figures to come in north of $300 million. I guesstimated nine years and $38 million per year, or $342 million total, last month. Like I said though, that was just a guesstimation.

There is no way to replace Judge and losing him to free agency would set the Yankees back immensely. He’s their best and most marketable player, and the available replacements pale in comparison. In free agency there’s post-wrist surgery Andrew Benintendi, David Peralta, Brandon Nimmo, Joc Pederson, and that’s really it. Judge was a 10.6-WAR player in 2022. Those four were worth 10.1 WAR combined, and it would not shock me if Judge out-WAR-ed them again in 2023.

Perhaps Bryan Reynolds can be pried loose in a trade, though that would require giving up the prospects the Yankees have to date been unwilling to trade (more on them in a bit). Ian Happ? Anthony Santander? There is no replacing Judge. The only way you can do it is by upgrading several positions and replacing him in the aggregate, and that’s not easy. The Yankees are the wealthiest team in the sport. There’s no reason they can’t afford to re-sign Judge. The only question is will they do what it takes to re-sign him?

2. What about the brain trust?

Cashman’s contract is up after this season. Manager Aaron Boone was subtly thrown under the bus by a few players following the Game 3 loss in the ALDS. Between payroll and competitive balance tax owed, the Yankees were more than $50 million behind the New York Mets this year. Why are the Yankees being outspent by $50 million by any team, let alone a team in their own city? The GM is unsigned, the manager may have lost the clubhouse, and ownership’s commitment to fielding the best possible team is in question. There are real issues to address here.

My hunch — and I emphasize this is just a hunch — is the Yankees will retain Cashman. Ownership loves him because the Yankees go to the postseason every year while adhering to the payroll mandate, whatever it is. The Yankees are not the “World Series or bust” team under Hal Steinbrenner that they were under George. They can say whatever they want publicly. Their actions point to a team that prioritizes being good enough to get to the postseason and not much more, and if they run into a championship one of these years, great. Otherwise the postseason is too unpredictable to get hung up on the outcome of a short series.

Boone’s status is more difficult to predict. He received a new three-year contract last offseason, making him the first manager in franchise history to return for a fifth season after failing to win a World Series within his first four years. The fact that several players, most notably All-Star closer Clay Holmes and Game 3 starter Luis Severino, questioned Boone’s decision making in the ALDS is a giant red flag. It takes a lot — A LOT — for players to reach the point where they question the manager publicly like that.

Ownership isn’t going anywhere and the Steinbrenners haven’t give anyone much reason to believe they will move payroll to the Mets/Dodgers level, meaning upwards of $300 million. If any significant change is made this offseason, it’s more likely to be Cashman and/or Boone being replaced than more money being pumped into the roster. Bottom line, the Yankees just got pantsed by the Astros again. It’s happened enough times to force change, and conditions this offseason (Cashman’s contract is up, Boone is being questioned by his players) are ripe for change to occur.

3. How do the Yankees improve?

It’s difficult to improve a 99-win roster, but that said, the 2022 Yankees were more like a 93-94 win true talent team that was elevated to 99 wins by Judge’s historic season. There were several games this season, particularly in the second half, when Judge carried the Yankees to wins even though they were thoroughly outplayed. Judge finished fourth in the AL MVP voting a year ago. If the Yankees get 2021 Judge in 2022 rather than the Judge they got, the AL East race would’ve been much closer.

As talented as they are, the Yankees have clear areas that need improvement, and losing Judge to free agency would only add to the offseason to-do list. Most notably, the Yankees must do something about shortstop. They passed on last offseason’s historic free agent class and settled for Isiah Kiner-Falefa, a light bat who largely negates his impressive range with issues completing plays. He is mistake prone,  and he lost his job in the postseason. How did it get to that point in October?

The Yankees passed on those free agents because (in order) they didn’t want to give out a big contract, and they want top shortstop prospects Oswald Peraza and Anthony Volpe to hold down the position going forward. Volpe had a very good season in Double-A and finished the year in Triple-A. Peraza was very good in Triple-A and he spent September in the Bronx, though he only started 14 games. He hit .306/.404/.429 in limited action and impressed defensively, yet was left off the ALDS roster.

If the Yankees hand out a big contract this offseason, it will go to Judge, not Carlos Correa or Trea Turner or one of the other elite shortstops. In that case, does Kiner-Falefa get the job again in 2022? Do the Yankees turn it over to Peraza? Do they jump Volpe right to the big leagues on Opening Day the way the Astros did with Jeremy Peña? Shortstop is an obvious position that can be upgraded. So too can third base, where Donaldson showed his age in 2022, left field, the back of the rotation, and the bullpen.

It should be noted the Yankees have a lot of money coming off the books this offseason, and much of it was going to players who didn’t contribute a whole lot in 2022. Here are the impending free agents who spent the entire season with the Yankees, and their 2022 salaries:

(First baseman Anthony Rizzo holds a $16 million player option and can become a free agent as well. He has not yet indicated whether he will actually opt out.)

Judge is obviously the big name and Taillon was a solid mid-rotation option who must be replaced. The Yankees had $36.63 million tied up in four relievers who didn’t do much this year. Britton and Green missed most of the year with Tommy John surgery rehab, Chapman pitched poorly when healthy (and then abandoned the team in the postseason), and Castro was enigmatic around a shoulder injury. That $36.62 million netted only 81 innings and minus-0.5 WAR.

Last offseason the Yankees remade their roster to improve their defense and add more contact bats to the lineup, and by and large it worked. They rated very well defensively and their 22.5 percent strikeout was almost exactly league average (22.4 percent). Now they have to re-sign Judge, fill a void in left field, find upgrades on the left side of the infield, and reinforce the pitching staff. There’s some money to spend and room to improve. Ultimately, it comes down to Judge. The Yankees might be handcuffed a bit until they know Judge’s decision. He holds the keys to their offseason.