Where Will Micron Technology Be in 5 Years? 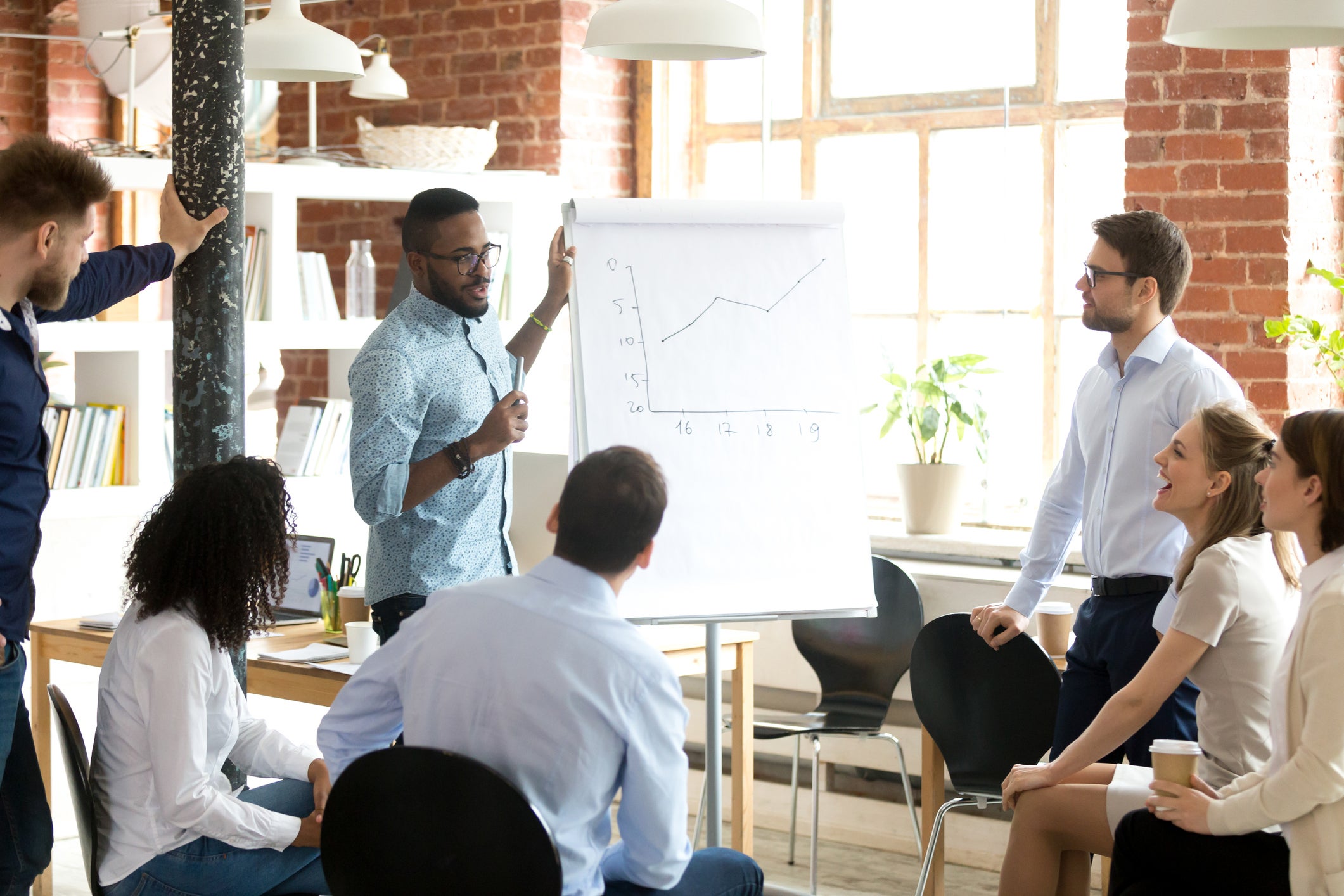 Micron Technology (MU -5.25%) hasn’t given its shareholders much reason to smile this year. Between the broader sell-off in technology stocks and weak demand for memory chips specifically, shares of the chipmaker have fallen more than 40%.

There could be worse news ahead. Micron’s near-term guidance points toward big declines in its revenue and earnings. Prices of memory chips are dropping due to an oversupply caused by the sharp sales declines for smartphones and personal computers in 2022.

Analysts expect Micron’s top and bottom lines to shrink 19% and 52%, respectively, in its fiscal 2023 (which has just begun) to $25 billion and $3.92 per share. The outlook for the next five years is also dim: Analysts estimate that Micron’s bottom line will remain stagnant. But could the memory specialist surprise analysts and outperform those expectations?

Micron Technology is upbeat about the memory market’s future

Demand for memory is tepid now due to weakness in the PC and the smartphone markets, but several factors could pull it out of this slump in the long run.

At Micron’s 2022 investor day, held in May, the chipmaker pointed to numerous industries where demand for memory will increase. For instance, the data center memory market was reportedly worth $50 billion last year. Micron expects data center DRAM (dynamic random-access memory) demand to clock a compound annual growth rate (CAGR) of 28% through 2025 due to increasing computing capacity.

Similarly, it forecasts data center demand for NAND flash memory will grow at a compound annual rate of 33% through 2025. What’s more, Micron anticipates a 14% CAGR for the total addressable market for DRAM and NAND flash chips in data centers through 2030.

The automotive market is set to be another hot area for memory growth. Higher levels of connectivity in cars, evolving infotainment systems, and the increasing use of autonomous driving features such as advanced driver-assistance systems (ADAS) are expected to drive 28% annual growth in the automotive memory market through 2025.

Micron is setting itself up to take advantage of this long-term growth in memory demand with an aggressive investment plan. The chipmaker recently announced that it will invest $15 billion over the next decade to build a new memory fabrication plant in Boise, Idaho. In all, Micron aims to spend $40 billion building out its U.S. manufacturing facilities over the next few years to meet the secular growth in memory demand.

What should investors do?

The memory market is currently in a state of oversupply, and Micron’s stock is likely to remain under pressure until conditions in its end markets improve. Its top and bottom lines are expected to contract significantly in fiscal 2023. However, things are expected to improve starting in fiscal 2024. 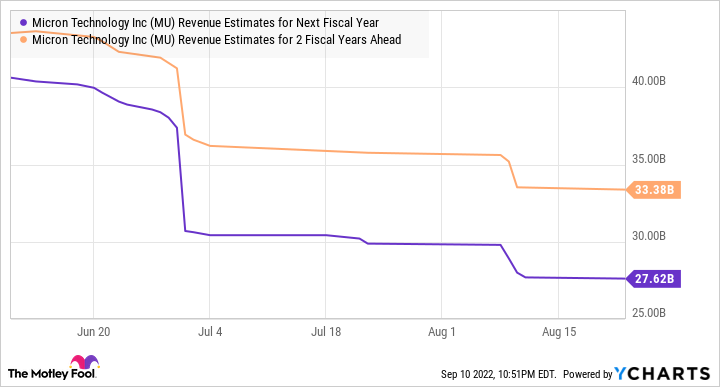 MU Revenue Estimates for Next Fiscal Year data by YCharts

As such, investors should keep an eye out for improvements in the memory market and start accumulating this tech stock once the supply-and-demand conditions turn favorable. Micron’s long-term prospects indicate that it could deliver impressive upside over the next five years.