Which California House Races to Watch This Election 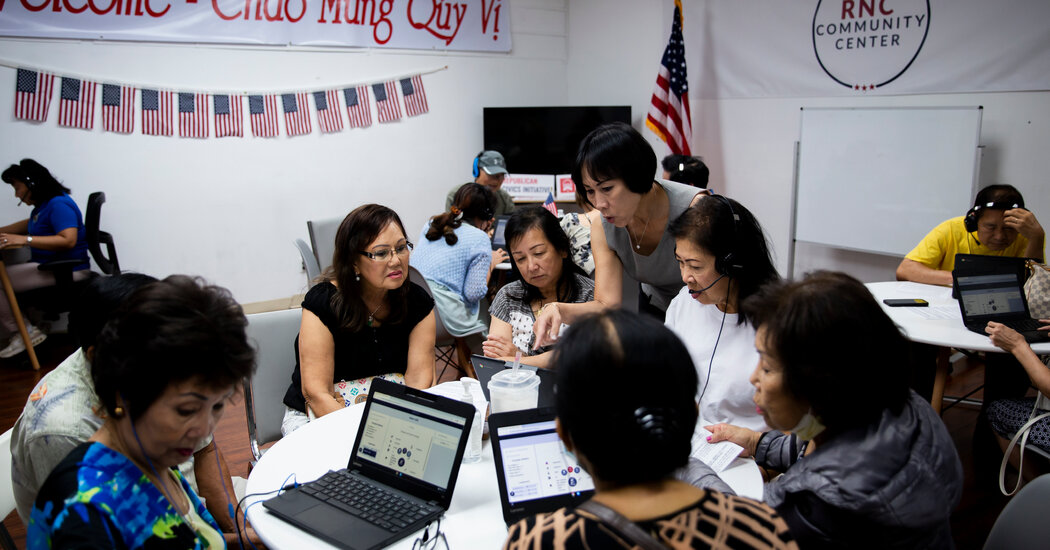 Next month when voters nationwide go to the polls, Democrats are hoping to hold on to their slim control of Congress. Republicans are looking to win both houses back.

And though California is a heavily blue state, a number of tight House races here could make or break the election for either party. Kevin McCarthy, the top House Republican and the representative from Bakersfield, has predicted the G.O.P. could seize control of the chamber by picking up seats solely in California.

“The House is going to be, by almost any measure, very, very close,” my colleague Jennifer Medina, a national politics reporter who focuses on the West, told me. “When you look at it in the aggregate, California is very much a blue state, but there are still pockets of red and, importantly, real pockets of purple.”

Though California lost a congressional seat last year, we still have 52 delegates, more than any other state, and all are up for re-election in November. Recent redistricting based on the 2020 census has added uncertainty as many Californians were shifted into new districts this year.

The nonpartisan Cook Political Report, which has tracked congressional races for decades, identified 86 races nationwide that are particularly competitive, and 10 of them are in California, concentrated in the Central Valley and Orange County.

Three California districts are viewed as tossups: the 22nd in the San Joaquin Valley and the 27th in northern Los Angeles County, both of which currently have Republicans in office; as well as the 13th, a new district in the Central Valley that doesn’t have an incumbent.

I spoke to Jennifer about which races she’s watching most closely and what we should be paying attention to as the election nears. Here’s our conversation, lightly edited:

We’re saying that 10 or so districts in the state are competitive. How exactly is that measured?

These are almost all places where Biden won very narrowly, and these are also all regions in California that really have flipped back and forth between Republicans and Democrats in the last 10 years.

Why are so many of the tight races in the Central Valley? The 22nd District’s David Valadao, for example, is considered one of the most endangered House Republicans in the country.

The Central Valley is a pretty conservative place. The notion has long been that the more Latinos register to vote in the Central Valley, the more likely the Valley is to flip Democratic. But of course, what we’re seeing nationally is that that’s not necessarily true.

Another dynamic that’s happening throughout the Central Valley is that a lot of people have moved from the Bay Area to some of these districts. So another question is: Do those voters help the region flip blue?

Is it really true that the party in control of the White House tends to lose seats in the midterms?

That’s been a truism in politics for a long time. Are the dynamics different enough this year that Democrats will somehow be able to overcome it? Nationally, so far, it looks like it’s not. But it’s possible that California could be an exception to that.

You’ve been covering elections for a long time. Which race is most fascinating to you right now?

One of the most interesting places continues to be Orange County and specifically Michelle Steel’s district, which is one of the most ethnically diverse districts in the country. It has a huge Asian American population and a huge Latino population. People are constantly trying to figure out if this is a conservative or liberal district.

There’s no way to know what’s going to happen in November, but I think whatever does will be telling for both parties across the country.

Have you visited any of the travel destinations that we’ve recommended in the newsletter? Send us a few lines about your trip and a photo!

We’d like to share them in upcoming editions of the newsletter. Email us at CAToday@nytimes.com. Please include your name and the city in which you live.

Jane Goodall, the world-famous primate researcher, made a rare visit this month to one of her favorite zoos. Goodall, 88, spent a day speaking with Bay Area schoolchildren at the Oakland Zoo in an effort to spread awareness for animal welfare and the environment.