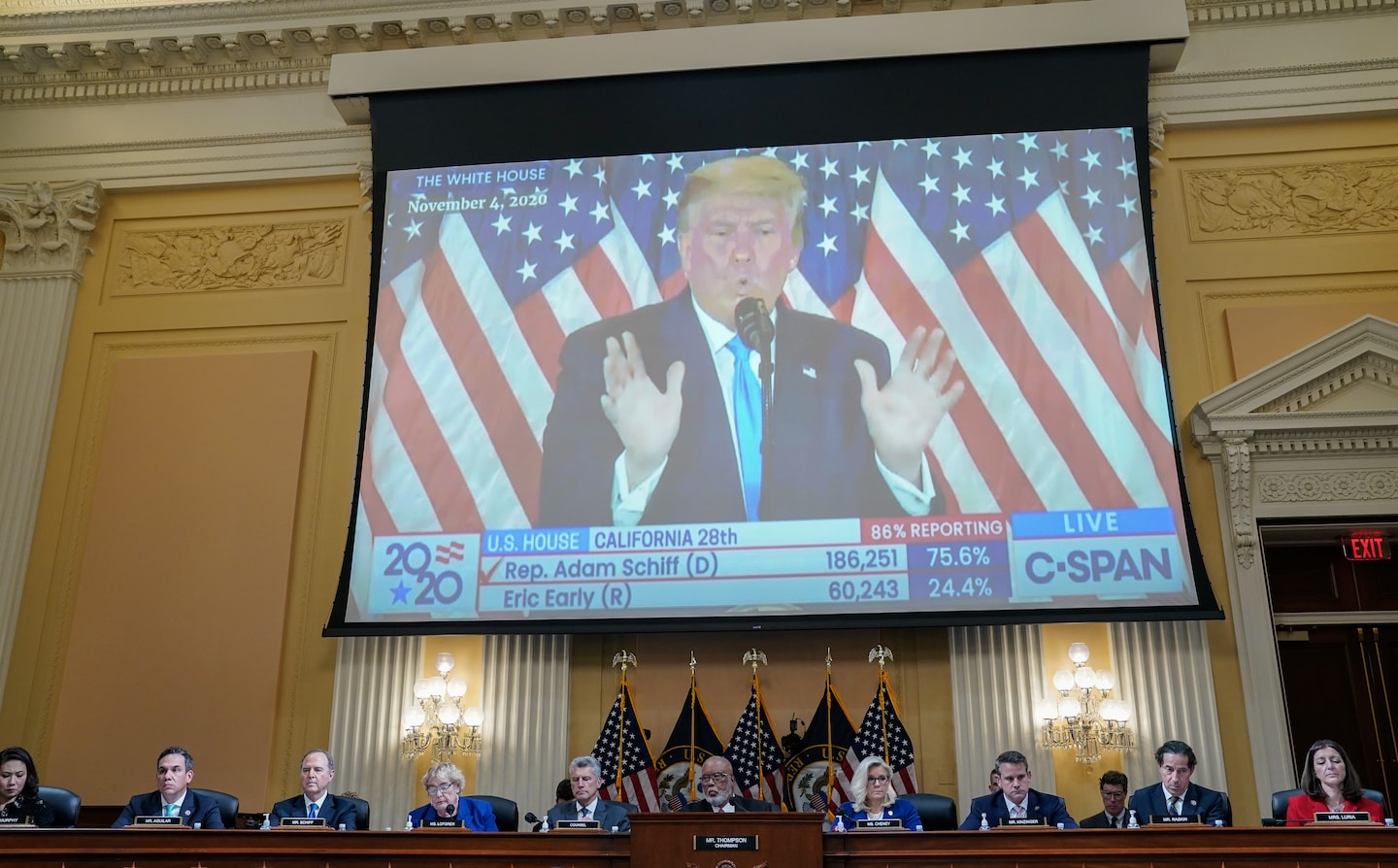 The FBI’s unprecedented criminal probe of a former president has unfolded on two tracks in the 11 weeks since agents searched Donald Trump’s Florida residence and club — one mostly public, the other mostly behind closed doors.

In the more public facing part, litigation over the appointment of a special master to sift through thousands of seized documents has reverberated through every level of the federal court system, with the special master — essentially an outside expert — voicing skepticism about Trump’s claims that some of the material should be shielded from the FBI.

In contrast, the bureau’s investigative activity is harder to track, though some details are slowly trickling out. Agents have interviewed multiple witnesses about the handling of government papers at Mar-a-Lago. The Washington Post reported last week that a Trump employee told federal agents that he moved boxes of documents at Mar-a-Lago at the specific direction of the former president, and the FBI has video surveillance to back it up.

Experts say those pieces of evidence — combined with repeated indications in court filings that prosecutors suspect Trump’s team purposefully failed to comply with a subpoena seeking all documents marked classified — suggest the government could be building criminal cases alleging obstruction and destruction of government property.

Even as the probe moves forward, Trump is under legal scrutiny on multiple other fronts. Among them: the House select committee investigating the Jan. 6, 2021, attack on the U.S. Capitol has subpoenaed testimony and documents from the former president, and the Justice Department is conducting a sprawling criminal investigation of how Trump and his advisers handled the post-election period.

No big public developments are expected in the Mar-a-Lago investigation until after the Nov. 8 midterms — in part because of a long-standing Justice Department practice to avoid doing anything that could be seen as helping one side or another in the election, and in part because the special master is still sorting through the less-sensitive material seized at the Florida property. At the same time, Trump and his supporters have openly talked about him launching a 2024 presidential campaign, a move that would instantly reshape the political landscape.

“You know how just before a storm breaks, there is a time of calm?” said Paul Rosenzweig, a national security consultant. “We are sort of there. This is the calm before the storm.”

At Trump’s request, Brooklyn federal Judge Raymond J. Dearie was appointed to sift through the 13,000 seized documents and set aside any that should be protected from investigators because of attorney-client or executive privileges. An appeals court has ruled that the special master’s review should not include the 103 classified documents seized in that search.

That review is underway. Trump’s attorneys and prosecutors have agreed on a vendor to upload the more than 20,000 pages of seized unclassified materials so both parties can digitally review them. Trump’s team examines the documents first, marking any that they deem potentially privileged. The government then reviews those documents, with Dearie stepping in to settle any disputes.

At a progress hearing Tuesday, Dearie sounded frustrated with both sides. He reproached Trump’s lawyers for claiming privileges in an initial batch of documents without providing any evidence to back up their claim.

The Justice Department’s successful appeal of a portion of Cannon’s ruling enabled prosecutors and FBI agents to immediately regain access to the classified materials. Trump’s team filed a petition to the Supreme Court to overturn part of the decision by the 11th Circuit Court of Appeals, but the justices rejected it.

Anyone can submit court filings to a docket. The Mar-a-Lago probe proves it.

Each legal filing in the case has been closely watched by news reporters and the public, with Trump supporters cheering Cannon’s initial decision to appoint a special master, and critics of the former president heralding the skepticism Dearie has expressed over Trump’s legal claims.

Now, the Justice Department is appealing the entire appointment of the special master to the 11th Circuit, hoping to relieve Dearie of his duties and regain access to all 13,000 seized documents.

“If the appeals court agrees with the government, then the whole referral to the special master will be over,” said Mary McCord, who served as acting assistant attorney general for national security during President Barack Obama’s administration. “It has the potential to be a very minimal part of the investigation.”

The center of any criminal case would most likely be the classified documents found by the FBI, some of which contained extremely sensitive government secrets including about a foreign country’s nuclear capabilities. On Friday, The Post reported that some of the seized documents contained highly restricted information about Iran’s missile systems and about intelligence work aimed at China.

But Jim Walden, a former federal prosecutor, said the 13,000 unclassified documents also could be critical to prosecutors, because they could shed light on why and how the classified material was brought to Mar-a-Lago and who saw them once they left the White House.

The Justice Department “wouldn’t be pushing as hard” to appeal the appointment of a special master “if there weren’t some serious national security questions that remain unanswered,” Walden said. “Those [13,000] documents are very critical.”

Attorney General Merrick Garland and the Justice Department have repeatedly declined to comment on their efforts, citing the ongoing criminal investigation.

Trump’s spokesman, Taylor Budowich, has denounced the investigation and has accused the Biden administration weaponizing law enforcement and fabricating “a Document Hoax in a desperate attempt to retain political power.”

If his appointment stands, Dearie has until early December to complete the review of the documents and settle any disputes over which privileges Trump can assert. But the appeals court will hear arguments from both sides next month, with a decision on whether to stop the special master review expected soon after.

In the meantime, the FBI likely will continue seeking witnesses who can provide information about the handling of documents at Mar-a-Lago, including whether Trump or his representatives deliberately hid documents from the Justice Department or falsely claimed to have turned over all classified materials while restricted material remained on the premises.

Among the questions they will try to answer, legal experts said, is what the former president knew about the documents and whether his possession of those materials at Mar-a-Lago may have endangered national security.

There is also the question — raised by officials at the National Archives and Records Administration — of whether all government records in Trump’s possession after he left office have been returned to government custody, as required by the Presidential Records Act, and whether some documents may have been stashed somewhere other than Mar-a-Lago.

“This is all the working going on behind the scenes that may never be revealed,” said Javed Ali, a senior official at the National Security Council during the Trump administration who now teaches at the University of Michigan. “Who may have had access to those documents? And what information may they have gleaned? And what may have resulted from his having these documents?”

McCord said building a case requires more than just interviewing witnesses and reviewing documents. She suspects that at this stage in the investigation, the government is examining legal precedent and strategizing on how prosecutors would respond to potential defense arguments in court.

For example, the Justice Department already reasoned in a recent court filing that, even if Trump formally claims and provides evidence that he declassified the documents he kept, it wouldn’t undermine a potential obstruction case. That’s because the subpoena asked his team to return all documents “marked as classified” — not those that were classified.

“There’s are other things besides fact gathering that take place at this stage. There’s legal research,” McCord said. “All of that work can just be going on, and that is a substantial amount of work. It’s not just that you go out and gather evidence and then file charges the next day.”