Why Americans are so unhappy about health care 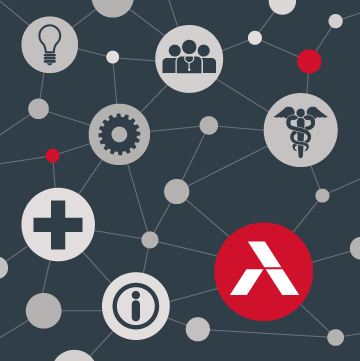 Over 50% of Americans say the United States is not handling health care well, and almost 80% say they are concerned about accessing quality health care when they need it, according to a new poll from the Associated Press and the NORC Center for Public Affairs Research.

How Americans view the US health care system

For the poll, researchers surveyed 1,505 adults between July 28 and Aug. 1 to determine their view on various aspects of the U.S. health care system.

Overall, the poll found that Americans’ satisfaction with the U.S. health care system is low. More than half of respondents said the country does not handle health care well, either in general or for older adults.

In addition, over 70% of respondents said the United States is not handling the cost of prescription drugs or mental health care well. Black and Hispanic respondents were also more likely to express dissatisfaction with the U.S. health care system compared to white respondents.

When it came to health care access, 78% of respondents said they were either moderately or extremely/very worried about being able to access quality health care when they need it. Women, Black and Hispanic adults, and individuals with lower incomes were more likely to say they were concerned about accessing health care.

Although respondents expressed similar views about the quality of health care in the United States, opinions were more varied when it came to potential changes to the health care system.

Around two-thirds of respondents said they believed the federal government is responsible for ensuring all Americans have health care coverage. In general, adults ages 18 to 49 were more likely to express this sentiment than adults ages 50 and older (73% vs 58%, respectively).

According to AP, the percentage of people who believe the government has a responsibility to ensure health care coverage has increased over time, going from 57% in 2019 to 66% in 2022.

“Medication costs should be low, to the minimum so that everyone can afford it,” said Emmanuel Obeng-Dankwa, a 58-year-old security guard who has had to sometimes decide between paying his rent and filling his blood pressure medication. “Those who are poor should be able to get all the necessary health [care] they need, in the same way someone who also has the money to pay for it.”

On the other hand, respondents were more split about changing how people could purchase their health care plans. Around four in 10 Americans said they support a single-payer health care system in which people get their health insurance through a government plan, while 58% said they prefer a government health insurance plan that everyone can purchase.

According to A. Mark Fendrick, director of the University of Michigan Center for Value-Based Insurance Design, many of the problems with the U.S. health care system were exacerbated by the pandemic, particularly as health care worker burnout and staffing shortages taxed hospitals and other health care organizations around the country.