Why Are People Biased Against New Technology? 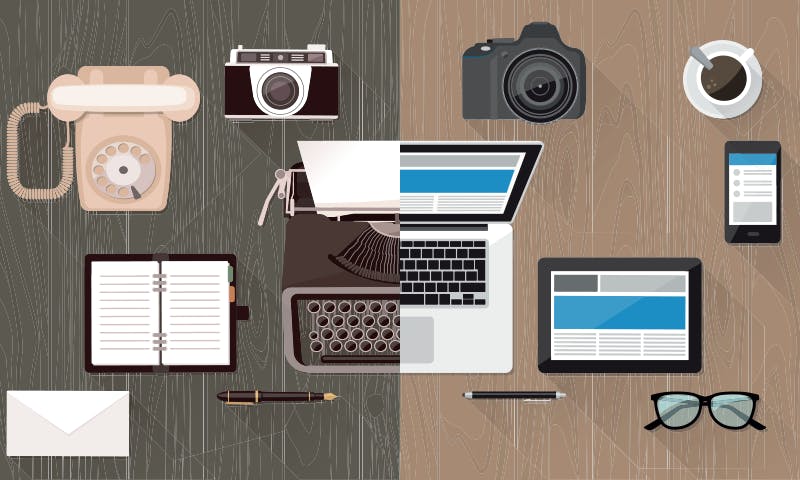 One question for Matthew Fisher, a psychologist at Southern Methodist University who studies the strategies people use to digest the overwhelming amount of information they encounter, and the effects technology has on how people perceive their own abilities.

Why are people biased against new technology?

The big takeaway from what we found in our recent study, published in Psychological Science, is that people seem to have this status quo bias when it comes to technology. That’s why we titled it, “The Golden Age Is Behind Us.” In essence, technology invented before people were born gets granted this status, the status-quo status, so that it just is assumed to be a part of how the world works. People tend to have a more positive evaluation of that technology. They don’t really know a world where it didn’t exist, and therefore evaluate it more favorably, and that’s contrasted with technology invented after they were born. It’s for those technologies that people tend to be more skeptical.

In follow-up studies, we showed people 60-plus different technologies, and then collected information about when they were born, their exposure to that technology, et cetera, and this same sort of pattern was emerging. Take the smartphone. If we think about who’s leading the charge on the discussions of the screen’s impact on our wellbeing and attention, it tends to be older folks. Of course, if you zero in on any particular technology, it can be hard to exactly tell what’s going on—is it just that older people are in a better position to critique the smartphone? But what really seems to matter is when people were born relative to each of those technologies. That trend emerges as you zoom out and look at the bigger picture.

The data we have suggests it’s a gradual increase, where the farther and farther away from you the advent of the technology gets, the more and more skeptical you are. That’s going forward. And then the farther it goes back in time, the more accepting, the less skeptical, you are. And, extrapolating out from our findings, it would suggest that this era of history, relative to others, would be especially cautious or discerning about technology being introduced, just based on the sheer demographics, where there’s more and more older people than younger people. Yet it’s not totally obvious to me how big of an impact that would have on the actual industries producing technologies. Plenty of people are skeptical about social media, for instance, and it seems to be getting more popular than ever.

If I were to speculate, I would say status-quo thinking can help in some regards by just essentially making sure that things that are time tested are preserved. Having a status-quo bias toward things that have been around for longer just lets the filter of time sort out what’s worth keeping and what’s not. There is a coherent logic to it, but of course, like any tendency, it could be overdone. If you overweight the value of the past and don’t allow any new innovation to come along, of course that’s going to be a problem. I think about myself growing up after certain inventions, like the television. That was a part of life that you didn’t really even question. Now I’m raising kids myself and looking back at my childhood, thinking of all the hours I sat in front of the TV. I was like, “If I could play piano right now and trade those hours out, I think I would swap it.”

Get the Nautilus newsletter

The newest and most popular articles delivered right to your inbox!