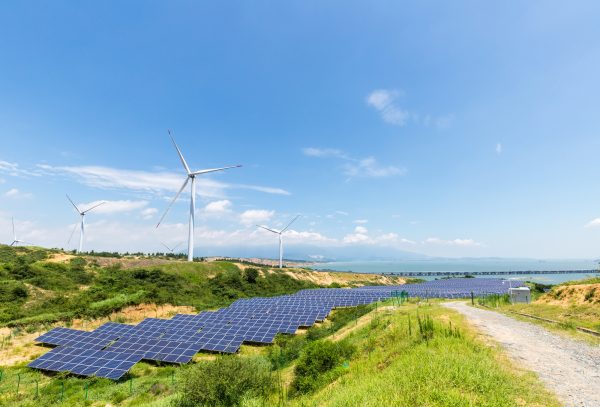 When the Convention of Parties (COP) 27 convenes at Sharm el-Sheikh, all eyes will be on China as the world’s largest emitter of carbon. Despite its high emissions, China achieved leadership status on global climate change mitigation efforts during former U.S. President Donald Trump’s administration. Within those four years, the U.S. pulled out of the Paris Agreement and abandoned its role as an international leader in combatting climate change, while China invested heavily in renewables and EVs and Chinese leader Xi Jinping announced that China would reach peak emissions by 2030 and carbon neutrality by 2060.

At COP 27, rather than playing power politics with the U.S. on who the current climate leader is, China will likely let actions speak louder than words and reinforce its consistent commitment to the international climate agenda since the Paris Agreement. China’s delegation will do so by touting the core domestic policy measures outlined in China’s 14th Five Year Plan, which include domestic support for green and low-carbon development, subsidies for the electric vehicle industry, prioritizing biodiversity and conservation, and a cleaner energy transition to reduce air pollution and coal power dependence.

Most of China’s progress on climate has been driven by extensive domestic reform. Goals include installing solar and wind power generators to have a combined capacity of 1.2 billion kilowatts by 2030, boosting forest coverage by approximately 6 billion cubic meters by 2030, having renewable energy sources account for 25 percent of total energy consumption by 2030 (which reduces the need for coal power), and reducing carbon intensity (emissions per unit of GDP) by more than 65 percent by 2030. These reforms are driven by the consolidation of three ministries responsible for environmental policy decisions: The Ministry of Ecology and the Environment, the Ministry of Natural Resources, and the Ministry of Emergency Management.

Get briefed on the story of the week, and developing stories to watch across the Asia-Pacific.

Nonetheless, at COP 27 China will likely face pressure to further speed up its domestic actions to meet international goals. This will only happen if China has the domestic capacity – the power, money, will, and domestic stability – to achieve a successful outcome.

When the United States, under Trump abdicated international climate leadership, China realized its potential as the new global leader and increased its domestic commitments in the fight against climate change. This is largely due to China’s “domestic first” approach to international environmental law.  China evaluates what it can do successfully domestically first, and then brings those policies and initiatives to the international stage. This approach allows China to largely deliver proven successes, however limited or specific to its national conditions, rather than speculative promises.

Under the Kyoto Protocol, China was deemed a developing country and therefore was not bound by the emissions targets. As a result, China pursued a pattern of exponential economic growth at the expense of environmental policies. China quickly became the world’s leading carbon emitter.

Despite its exemption from the Kyoto Protocol targets, China chose to strengthen its environmental leadership. In 2005, China passed the Renewable Energy Law. Although the law was passed after the ratification of the Kyoto Protocol, it highlights China’s commitment to looking at renewable energy when it had the domestic capacity to do so. It was only when China was in a stable position domestically that it began to reform.

It is the “domestic first” approach to international environmental law that made China’s involvement with the Paris Agreement so successful.

Instruments of international environmental law, such as Kyoto, will determine targets and suggest initiatives and paths forward to meet these commitments. This approach often means that countries will have to make significant domestic changes. Paris differed in its approach. The Paris Agreement required countries to submit initial Intended Nationally Determined Contributions (INDCs) and Nationally Determined Contributions (NCDs).

INDCs and NDCs gave power to individual countries. Countries were able to realistically examine their internal affairs and make contributions based on their domestic capacity. These contributions usually took the form of new or ongoing laws and policies that had the overarching goal of limiting global warming to well below 2 percent (the aim of the Paris Agreement).

This type of approach suits China as it has control over what it commits to, allowing it to keep pledges in line with what Beijing knows it has the capacity to achieve. Over the past 15 years, China’s environmental work has been extensive. Its leaders have centered the environment in key public speeches, legislation, and core policy frameworks such as five-year plans. The government has also invested in educating Chinese citizens about not only the need to combat climate change, but also how they can help as individuals.

At COP 27, China’s representatives will tout these and other achievements and stay on message when it comes to its future achievements. It will seek to align itself with developing nations and push back against developed countries like the United States. In doing so, China will take the spotlight off comparisons between itself and the U.S. when it comes to climate action – now that those comparisons don’t necessarily come out in its favor.