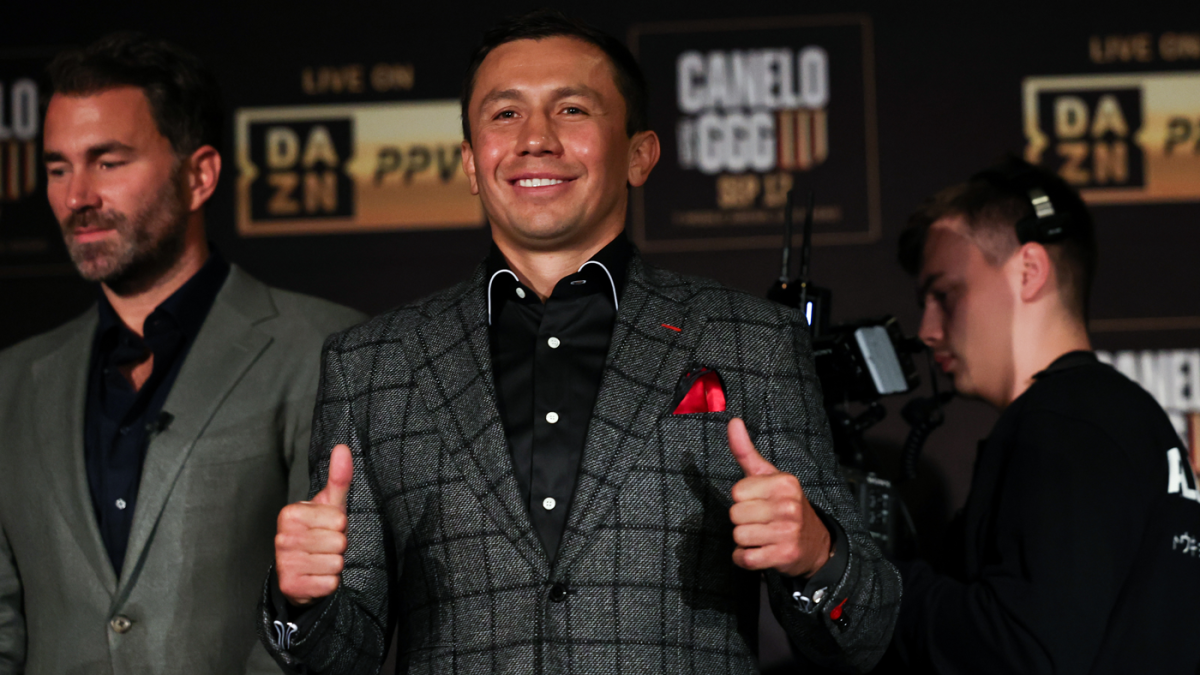 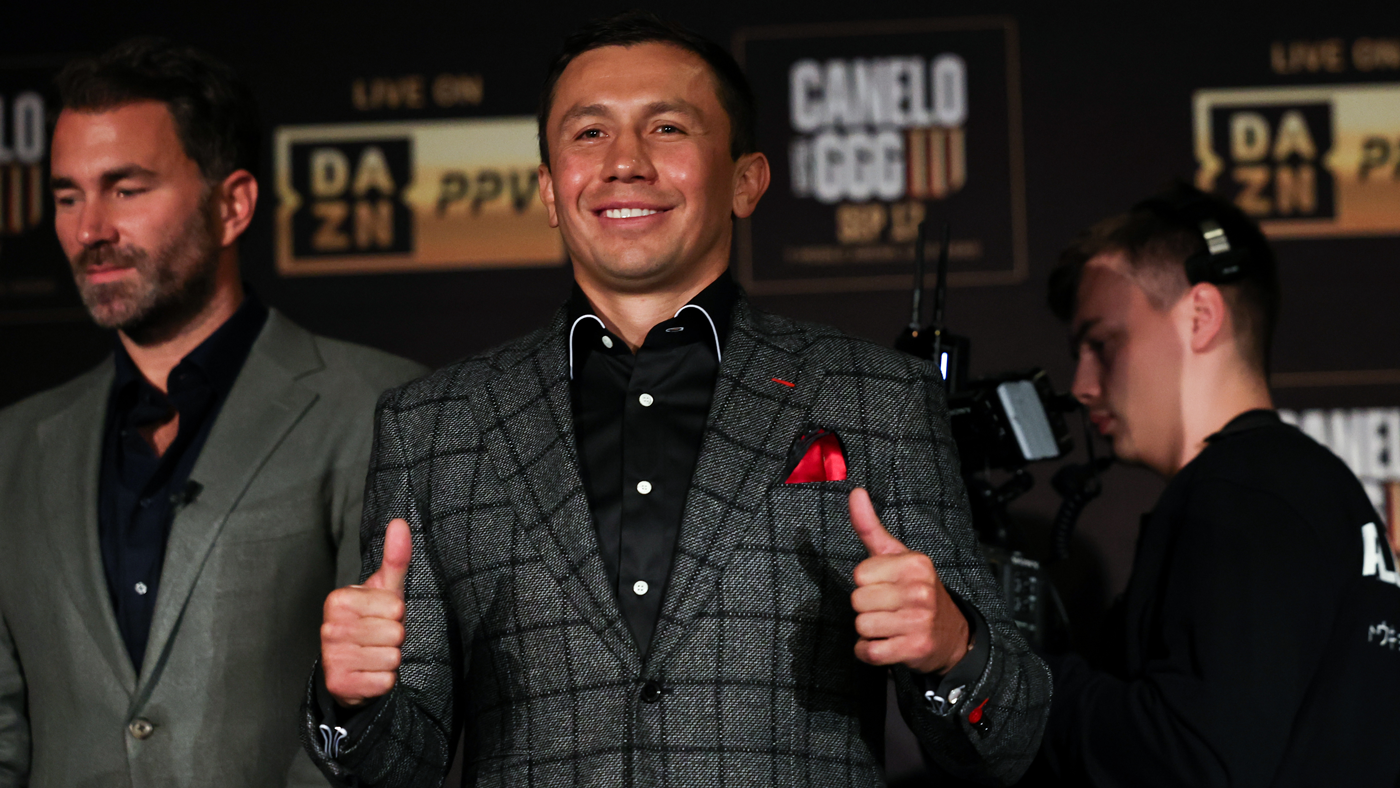 For all the talk regarding what has changed for Canelo Alvarez and Gennadiy Golovkin in the four years since their highly disputed rematch, the majority of said discussions have focused on the age of the GGG.

While it’s true that Golovkin (42-1-1, 37 KOs), who turned 40 in April, might no longer be the same force of nature who once authored a 23-fight knockout streak while setting a middleweight record for title defenses, both he and his team believe it’s actually the changes surrounding Alvarez (57-2-2, 39 KOs) that will most affect Saturday’s trilogy bout at T-Mobile Arena in Las Vegas (DAZN PPV, 8 p.m. ET).

“It’s kind of weird because to really get into this trilogy, you kind of have to delete the first two fights,” Golovkin trainer Johnathon Banks told “Morning Kombat” last week. “The reason I say that is because both fighters are different than the first two fights. Coming into the first fight, Canelo was known as a boxer and a mover. Four years later, he’s not moving anymore.”

The 40-year-old Banks, a disciple of Hall of Fame trainer Emanuel Steward’s Kronk Gym in Detroit, enters his fifth fight as Golovkin’s head coach but his first against Alvarez after GGG parted ways with Abel Sanchez shortly after the rematch.

“[Alvarez] was the smaller guy coming into the first two fights and he’s the heavier guy coming into the third one,” Banks said. “When you have that big of a difference in the styles and matchups, everything is different. It’s not going to be Canelo trying to move around no more. It’s going to be Canelo going face to face and trying to instill as much pain as possible.”

Alvarez, the defending and undisputed super middleweight champion, will defend all four titles against Golovkin in the first of their three fights to be contested at 168 pounds. The 32-year-old Mexican star has also fought twice at light heavyweight since the two GGG fights, including a unanimous decision loss to WBA champion Dmitry Bivol in May.

For all of the talk about Golovkin slowing down with age — which might explain him being a nearly 4-1 underdog on Saturday — not much has changed about his style and intention. The Kazakh slugger is 4-0 since dropping a majority decision to Alvarez in 2018, including his unifying of the IBF and WBA middleweight titles. The only other blemish on GGG’s surefire Hall-of-Fame resume remains the controversial draw against Alvarez in their first meeting.

The combination of Golovkin’s age mixed with Alvarez’s recent power surge in the larger weight divisions have led many to believe a knockout finish for the younger fighter is possible. But GGG told CBS Sports last week he plans to stay the course in terms of his jab-heavy style that has given Alvarez problems throughout their series and doesn’t feel the need to alter his strategy in hopes of finally persuading the judges.

“Sometimes you need to be head and shoulders over your opponent to be delivered a victory by scoring, as the [rematch] showed. You saw the scores and the scores did not reflect what we saw in the ring. It was not as close as the scores were. We are talking about the human factor here.”

While most believe Golovkin was outright robbed in their first meeting in 2017, fueled by the unconscionable 118-110 scorecard in favor of Alvarez turned in by Adelaide Byrd, the rematch one year later saw everyone from the judges to media and fans split.

The narrative for the second fight was that Alvarez was given the close edge by the three judges largely because of his ability to flip the script midway through and walk Golovkin down. But for Banks, it’s largely a flawed narrative mostly because he believes the judges were seduced into favoring Alvarez simply due to his aggression.

According to the punch stats from CompuBox, Golovkin outlanded Alvarez by margins of 218 to 169 in the first fight and 234 to 202 in the rematch. Alvarez, however, landed more power shots in both, including a 143 to 116 margin in the second fight. Golovkin’s lack of output to the body, where Alvarez held a 46 to 6 advantage in the rematch, was also seen as part of the reason Sanchez, who helped teach GGG his beloved “Mexican style,” was let go as lead trainer.

One might question the strategy of Golovkin utilizing the same exact game plan entering a third fight of a series in which he has won just one of the six total scorecards. It’s a point further embellished by the fact that two of the three judges this weekend have been part of this series before.

Judge Dave Moretti, who scored it 115-113 for Golovkin in 2017, will rejoin Steve Weisfeld in the trilogy after both also scored it 115-113 for Alvarez in rematch. David Sutherland, who has yet to judge an Alvarez fight, will make his debut in the series to round out the officiating team, which also includes veteran referee Russell Mora.

What’s most interesting about Moretti and Weisfeld, two of the most consistent judges in the sport today, is that both also scored Alvarez’s last fight 115-113 in favor of Bivol, who utilized a jab-heavy style that’s not too different from the one Golovkin has found success with in this rivalry.

“G and Bivol are two completely different fighters, like night and day,” Banks said. “[But] what Bivol did [against Canelo], I actually felt G did the first fight. I think Bivol took something from G so G don’t have to take nothing from Bivol. I think Bivol looked at the first fight and said, ‘Shit, that’s what I’m going to do. I’m going to use my jab because every time G did, Canelo’s head was going back.’ The only difference is one guy scored for it and one guy didn’t. Who is who, I’m not saying, but you get the point.”

So is Golovkin’s best shot at winning also his only one? And has he, in fact, changed throughout five years of this rivalry simply by not changing at all?

At the end of the day, Golovkin remains one of the most statistically dominant jabbers in the history of the sport, according to CompuBox. And it remains the lone style, outside of the wizardry Floyd Mayweather dealt Alvarez in his first loss in 2013, that has given Canelo repeated troubles.

But why not just take the potential for “human error,” as GGG puts it, out of the equation and go for broke in search of the knockout against Alvarez?

“You know, easier said than done,” Golovkin said. “Of course, hypothetically the approach is clear. On paper, it’s ‘let’s score a knockout, let’s take it out of judges’ hands.’ But at this level, with these opponents, it’s a very hard thing to do.”

Neither Golovkin or Alvarez have ever been knocked down as professionals and both took the best punches of one another on the chin in both meetings without forcing either one to take an unnecessary backwards step.

To defend the strategy of Banks, however, the core of his thoughts on Alvarez’s evolution remain true. The last time he fought strictly as a counter-punching boxer was the first Golovkin in fight in 2017 before a change in attitude and a rise in weight made him a come-forward attacker with a heavy focus on the body. Using the jab to neutralize Alvarez while using his aggression against him in hopes of setting up opportunities for Golovkin’s legendary right hand remain job one — provided his volume at age 40 remains high enough.

“My task is all about the strategy and the punch output of my fighter,” Banks said. “I just believe that if G gets in there and truly boxes him and lets his hands go, I think he will have a lot of success and the judges will see that. Even if they go the distance or not.

“It seems to me that if you have a fighter going backwards, whoever is going forward is assumed to be the busier fighter but that’s not necessarily the case. It’s almost to the point where you want to know if they are looking at the punches or the mentality? I don’t know how the judges are looking at this.”

The strategy may look the same for Golovkin but the meaning of a potential victory — at age 40, no less, against his bitter rival — would certainly be sweeter this time for his legacy.

“That would be amazing. I’ll tell you more – that would just be a historic event,” Golovkin said. “That’s how people turn into idols and legends. You can take Tom Brady, something like that. When it happens and people start telling stories, you go into history for something like that. Sport needs that. At the same time, there is a human factor and judges who might not be that interested in this happening based on their agenda.

“Sometimes people don’t think about tomorrow, they think about today. ‘Give me what it is now and let’s forget about later.’ So, that might happen, too.”