Why is UK Prime Minister Boris Johnson facing his biggest crisis, and what comes next?

Jul 6, 2022 and what comes next? - CNN, UK, Why is UK Prime Minister Boris Johnson facing his biggest crisis 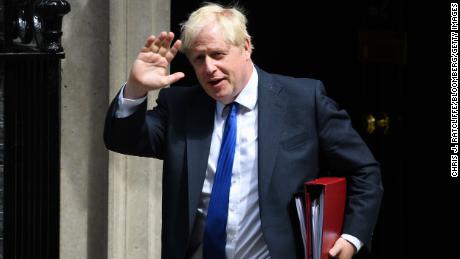 Johnson has weathered multiple storms during his time as Prime Minister, but this may be one crisis too many.

Here’s what you need to know.

The immediate cause of the crisis was the fallout from the resignation last Thursday of Deputy Chief Whip Chris Pincher, amid allegations he had groped two guests at a private dinner the night before.

What landed Johnson in deeper trouble, though, were the contortions that Downing Street press officers went into when trying to explain why Pincher was ever in government in the first place.

At first, when new reports of Pincher’s historical conduct emerged in the light of his resignation, Downing Street denied the Prime Minister knew anything about the allegations, which related to Pincher’s time as a Foreign Office minister.

When it became clear this would not hold, Johnson’s team said he had known about the historical allegations, but that they had been “resolved.”

When it emerged that one of the previously unreported allegations against Pincher had been upheld, Johnson’s spokesperson explained that “resolved” could mean that it had been upheld.

Then on Tuesday morning, Simon McDonald, the former top civil servant at the Foreign Office, revealed that Johnson had been briefed in person about the outcome of an investigation into Pincher’s conduct, sparking a wave of resignations over the course of the day.

Boris Johnson is still in control of his own fate … for the moment.

However, so deep is the current crisis that it’s possible the 1922 Committee of Conservative backbench Members of Parliament could rewrite the rules in order to get rid of the Prime Minister.

The committee met on Wednesday and decided to hold an election for a new leadership on Monday. Once elected, the new executive of the committee will decide whether to change the rules and move forward with yet another confidence vote — one that Johnson would be much more likely to lose.

Until that point, the question is one of how much public humiliation Johnson can take. Dozens of lawmakers have now quit the government and on Wednesday evening a delegation of cabinet members descended on Downing Street to ask the Prime Minister to resign.

One of them — UK Home Secretary Priti Patel — informed Johnson that the general view of the party was that he had to go, a source close to Patel told CNN.

More government ministers will almost certainly quit and opposition sources are talking up the prospect of defections.

What happens if Johnson resigns?

In the UK, the resignation of a Prime Minister doesn’t automatically trigger a general election.

If Johnson were to step down, the Conservative Party would hold an internal election to choose a new leader, who would then become Prime Minister.

Johnson would probably remain in post until his successor had been chosen, as did his predecessors Theresa May and David Cameron when they resigned in May 2019 and June 2016, respectively.

Barring another resignation or an early election, the new Prime Minister would then lead the UK until the next scheduled election in 2024. 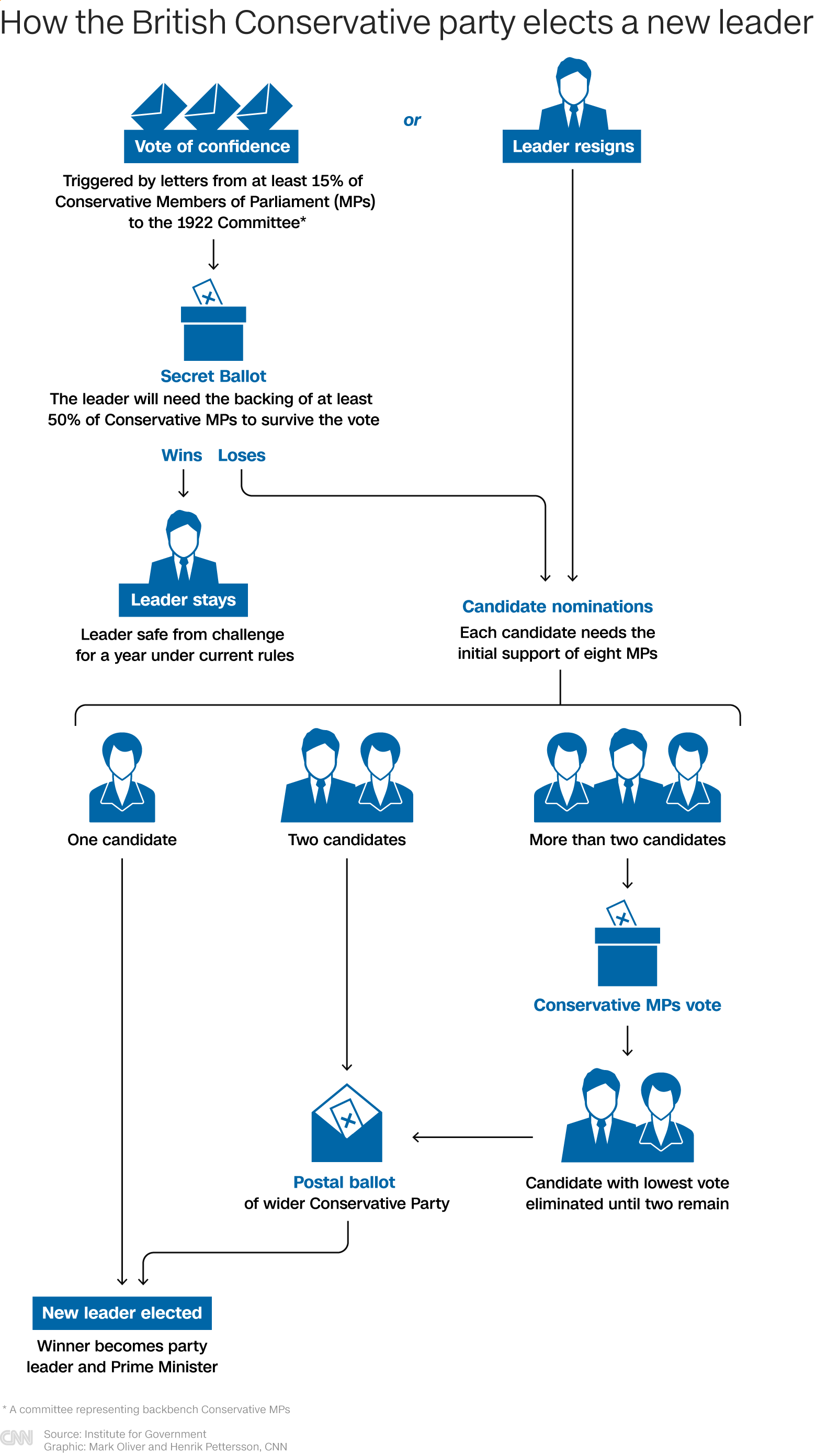