Why pickleball is America’s fastest-growing sport 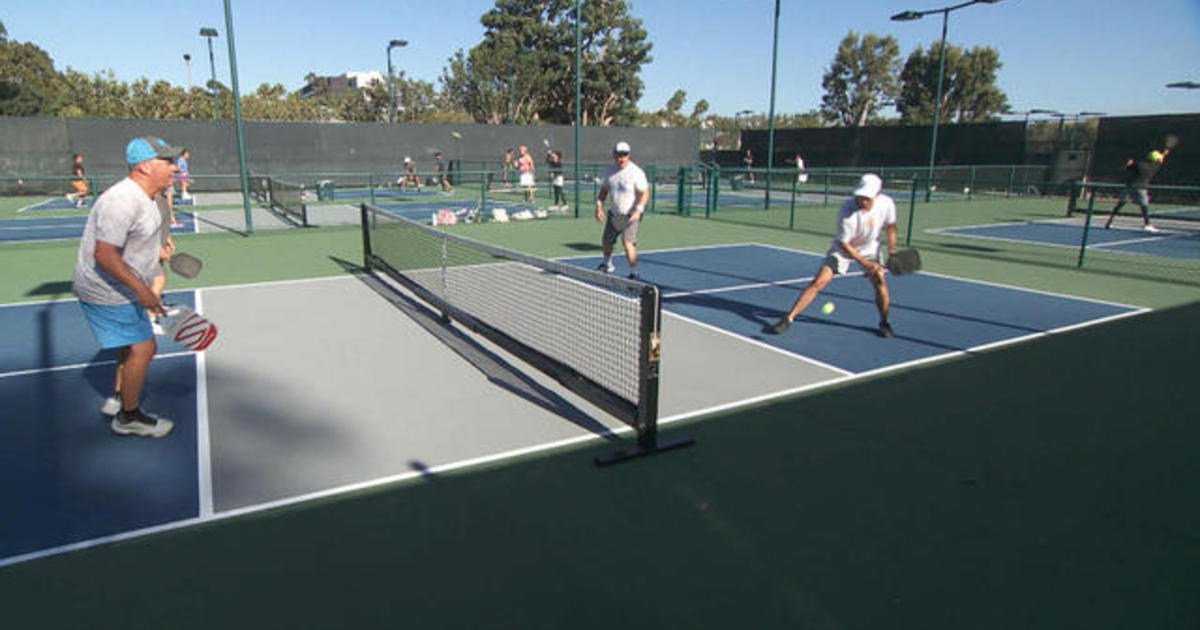 The club manager of a Southern California country club said she hadn’t heard of the sport pickleball a few years ago. Now, they’re building courts wherever they can to match growing demand.

“We actually just converted our basketball court into temporary pickleball,” Ali Sullivan of the Manhattan Country Club told CBS News. “So it’s really any space that we can find.”

The country club isn’t the only place seeing surging interest. Over the past four years, pickleball has become the fastest-growing sport in America, with nearly five million playing.

Pickleball has been around since 1965 when families on Washington’s Bainbridge Island created the game to entertain their children. There are now hundreds of tournaments annually. And this year, NBA stars LeBron James, Kevin Love and Draymond Green even bought into a team of the sport, which is a combination of tennis, badminton and ping pong.

Brian Weller, who helped open PKL in south Boston four months ago, says his business — which pairs a premium pickleball with food and drinks — is trying to keep up with the sport’s growing popularity.

“The community response has been fantastic,” he said. “We don’t have enough courts.”

Weller and his partners got the idea to start PKL during the pandemic, when he and a few couples began to play together. Now, they bring in an array of customers.

Pickleball player Carole Levine also picked up the sport during COVID’s lockdown, when her husband suggested she play after she was diagnosed with a deadly pre-cancerous illness.

“I had over 16 surgeries in one year with radiation and my husband’s like, ‘I think you’d really like it,’ and I played and I’m like, ‘Wow, this is easy. I can do this,'” she said. “Even my doctor said to me, ‘I can tell you’re like so much better.”

Levine says the sport “saved” her.

“I’m in remission and they didn’t think that was going to happen and I was lucky,” she said.

“Once I saw the game and I saw the size of the court, I’m like, even with my bad knees, I think I can do that,” she said.

Her new love for the game led her to create a website about the sport as well as the podcast “Pickleball Fire,” where she discusses tips, industry news, players and other stories.

Similarly, Erin McHugh turned her love for pickleball into media with a book titled “Pickleball is Life” that explores everything from etiquette to how to build a DIY court at home. She’s also helped build two courts and developed a fitness program for new students.

She says she chose the title for her book because of the benefits she’s seen from playing the sport.

“What I’d like to think about more is: why isn’t life more like pickleball?” she said. “Pickleball is easy. You can always get better. Anyone can play. You can teach anybody. It’s inexpensive. You get healthy. You meet new friends. What else is there?”