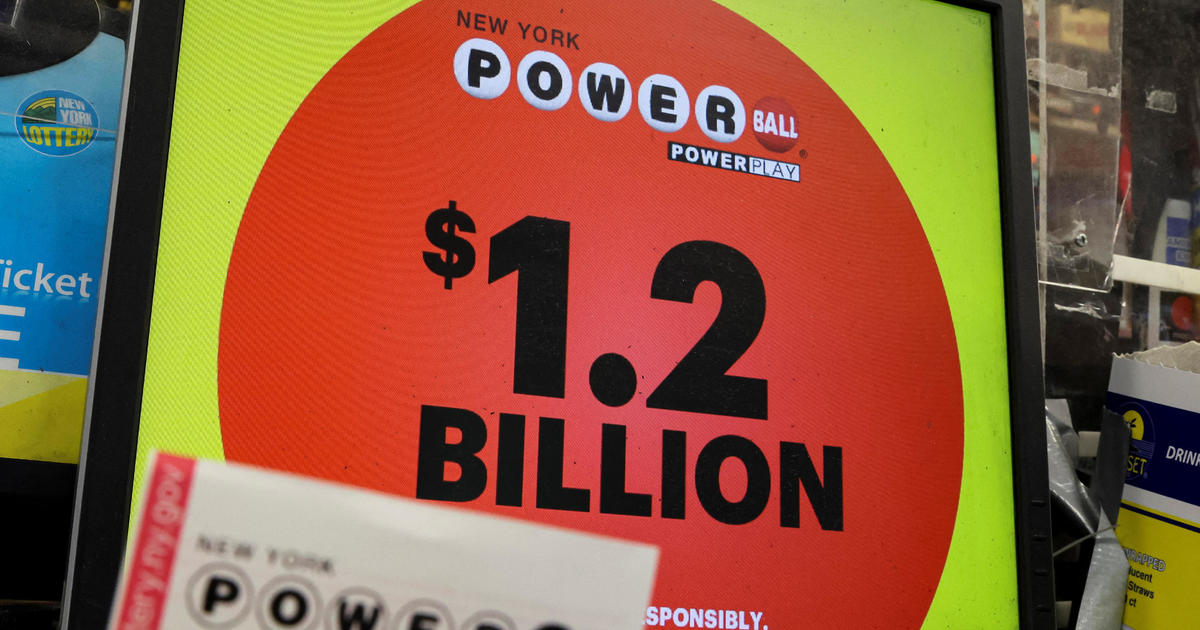 The winning numbers for Wednesday night’s Powerball drawing were 02, 11, 22, 35, 60 and a Powerball of 23. It was not immediately clear if there were any winning tickets.

The fourth-largest lottery jackpot in U.S. history could soar to the largest ever if no one wins the top prize in Wednesday night’s Powerball drawing. The jackpot currently sits at $1.2 billion.

It has been 38 consecutive draws without a jackpot winner since the last person won the big prize on Aug. 3.

The jackpot grows after every drawing without a winner and now is approaching the record of $1.586 billion won by three Powerball players in 2016. The second– and third-largest prizes were hit by players of the Mega Millions lottery game.

“I think it would be close to being a record if not a record,” said Drew Svitko, the Pennsylvania Lottery’s executive director. “The record of $1.586 billion that we had back in 2016 is within reach, but it really depends on a couple factors.”

The first factor is the number of tickets sold, and they are flying out of lottery machines throughout the country.

For the Monday night drawing, there were 131.6 million Powerball plays sold, said Anna Domoto, a spokeswoman for the Multi-State Lottery Association, which oversees the game. That amounted to 36.3% of all possible number combinations being covered, as millions of players picked the same numbers.

That’s a lot, but considering the odds of winning the jackpot are 1 in 292.2 million, that means about 186 million number combinations weren’t covered, which is why no one won the grand prize.

Although the focus of the game is on the $1.2 billion prize — that is the amount for an annuity, doled out over 29 annual payments — nearly all winners choose a cash prize, which would be $596.7 million.

Still, the advertised prize is based on the annuity, and that’s where the second factor in determining the jackpot comes in as higher interest rates cause annuities to grow more quickly. Put another way, the $596.7 million in cash is funneled into investments that will eventually pay out $1.2 billion, and those investments grow faster as interest rates rise.

For some players, it’s not about the grand prize.

But even with the massive jackpot, not everyone has caught Powerball fever.

“There’s no use,” a man named Diego said. “I mean, you’ve got a better chance of getting struck by lightning than winning that lotto.”