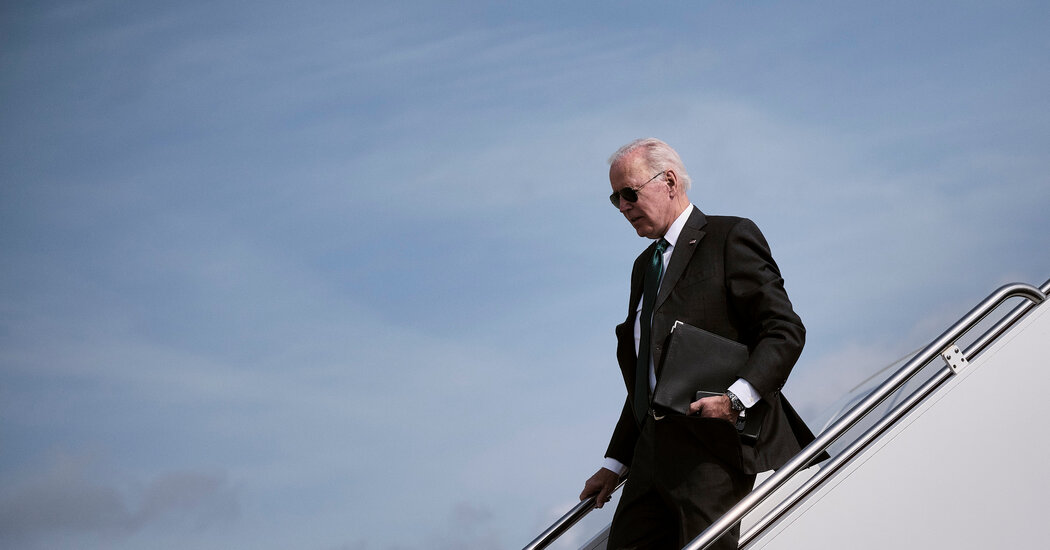 One benefit for Democratic candidates like Ms. Porter is financial. The costs of an elaborate campaign stop involving the president, like a rally, require the party or the candidate to pick up some of the expensive tab for Mr. Biden’s travel — including Air Force One, Secret Service security and other expenses.

When the president travels for an official White House event, like the one in Irvine, campaigns don’t bear the costs, even if the candidate attends the event.

Mr. Biden’s advisers played down the cost savings for candidates as a reason for his approach to the midterms, calling it at best a “benefit” of his travel schedule.

The president’s final push comes at an ominous time for Democrats.

The most recent polls show that Republicans have an edge going into the final weeks of the election, with concern about inflation and the economy surging. In a New York Times/Siena College poll, voters most concerned with the economy favored Republicans overwhelmingly, by more than two to one.

In Ohio, Representative Tim Ryan, the Democratic nominee for Senate, has said he would not welcome Mr. Biden to his home state, preferring to keep himself as the “face of the campaign.”

Representatives for Senate candidates in Georgia, Wisconsin, North Carolina, Florida, New Hampshire, Arizona and Nevada either declined to comment or did not answer in response to questions about whether their contenders would welcome campaigning with Mr. Biden.

This week, Vicki Hiatt, the chair of the Kansas Democratic Party, gushed about the arrival of Mr. Buttigieg, calling him a “very strong, energizing person” and adding that “he’s young, intelligent. He just — I think he has lots of energy.”