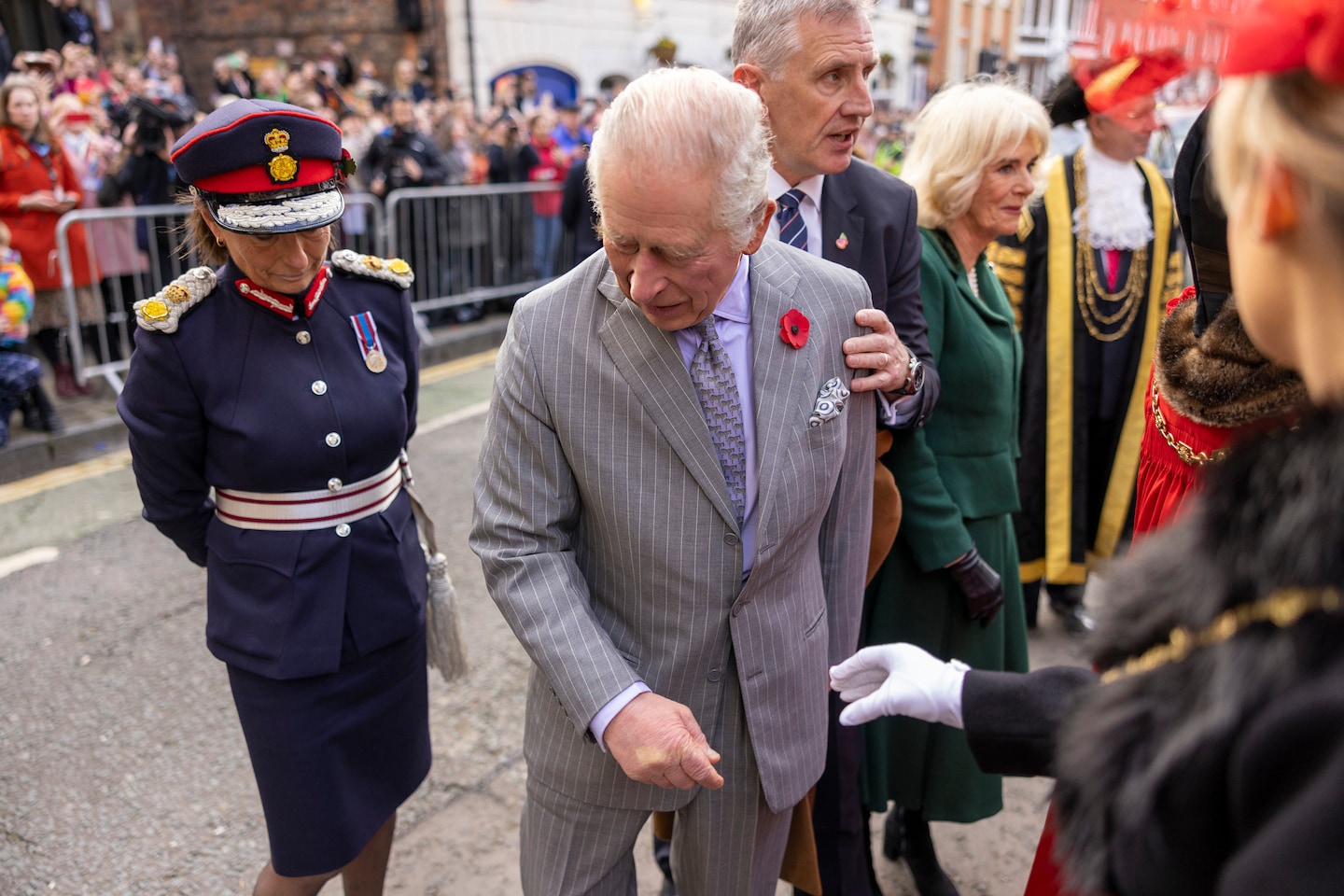 LONDON — King Charles III and Camilla, Queen Consort, were visiting the city of York on Wednesday when a protester hurled at least three eggs at them and shouted “this country was built on the blood of slaves.”

The man missed his target and was quickly detained by the police, while the crowd booed and chanted “God Save the King.”

Charles seemed unfazed by the commotion — although he stepped around the eggs splattered on the pavement — and continued to chat with city leaders as he strolled along the street. He and Camilla were in the northern city to unveil a statue of his late mother, Queen Elizabeth II.

King Charles III wants to look ahead. ‘The Crown’ drags him back.

The role of Britain — and the British royal family — in the slave trade has come under increased scrutiny in some of the countries where the British monarch is still head of state. When Prince William and his wife, Catherine, toured the Caribbean earlier this year, activists called for the monarchy to apologize and support reparations for slavery.

Charles is apparently willing to engage on the topic. During a visit to Leeds on Tuesday, he met with artists who had taken part in a project exploring Britain’s role in slavery. Afterward, Fiona Compton, an artist and historian whose father was the prime minister of St. Lucia, told reporters that Charles “says he is ready to speak on it.”

The new king has been in the job for just two months, but Wednesday was not the first time he has faced protests.

In the days following the queen’s death, several people were detained for staging demonstrations. One woman was arrested in Edinburgh, Scotland, where the queen was lying at rest, for holding a sign with an expletive and the words “abolish the monarchy.” Another was arrested for shouting “who elected him” as a document formally proclaiming Charles as king was read aloud in Oxford, England. The response by the police sparked a debate about freedom of speech in Britain.

Wednesday’s was not the first royal egg-tossing incident.

During the queen’s 1986 royal tour of New Zealand, she was hit with an egg thrown by a woman protesting Britain’s treaty with the Maori tribes. The queen was in an open car and the egg trickled down her pink coat.

Wednesday’s egg-throwing coincided with the release of the fifth series of “The Crown” on Netflix. The timing is awkward for Charles, who is in the very early days of his kingship. This series focuses on the 1990s and revisits the disintegration of his marriage to Princess Diana.